Last Friday in Melbourne was chilly. Cold even. Not altogether surprising, it’s winter and we’ve just passed the shortest day. But there was activity in the suburbs, as Vinyl Connection presented a Live Music Trivia Quiz at one of our favourite Record Stores, Quality Records…plus.

It is a lovely store, with books, DVDs and CDs to augment the racks of vinyl. Or, alternately, films and records to supplement the books. It all depends on your perspective, really. Mr Quality had done a fine job of creating a modestly festive atmosphere with balloons, drinks and nibbles, though the atmosphere seeping in through the open doors did seem to be causing a few shivers in the assembled music trivia buffs. Or maybe it was excitement.

The prize was a respectably large voucher so I wanted the quiz to tick all the boxes: interesting, fun, challenging, varied. That précis of intent does not, however, capture the intricacies of finding material that is well-enough known, not too obvious, spanning tastes and ages… the quiz took a whole lot longer to prepare than to present.

In addition to the obvious audio questions I’d gathered some visual material. A poster, for example, with small edits from album covers. Six details (that’s the art-world term, I believe) from six LP sleeves from the obvious to the more obscure. If you want to get the flavour, here’s half the field:

Not knowing exactly the demographic of those prepared to venture out on a winter’s evening to flaunt their knowledge of pop ephemera, I settled on a ‘three decades’ approach: a balance of 60s, 70s and 80s material. Analysis of the answers later revealed the number of correct answers declining with each passing decade. What does that tell you about the age profile of the contestants? Hint: who tends to remember their distant past more clearly than more recent events?

The hit rate was pretty good on these, though I would expect those outside Oz to struggle with the third song.

Noting a few puzzled faces, I offered to play each bracket twice. This was well received, though as someone later observed, “The answer either knocks right away or it doesn’t arrive at all”. I feel like that regarding engagements and anniversaries.

Other music brackets included one on the theme of ‘Roads’ while another played clips of ‘first tracks’ from four albums, with a twist: contestants were asked what linked the four pieces of music. This one indulged my taste for less mainstream music with Brian Eno and Brand X both featuring. I thought it marvellously clever and interesting, but no-one got more than one of the songs or had any idea of the connection so it went down like Mars Volta at a Dire Straits concert.

One that did work, however, was called “The Beatle Goes On”.

To give a flavour of the written section of the exam – sorry, quiz – have a go at these anagrams of  #1 album* titles:

Or what about this…

These are the initials of members of which well-known bands? 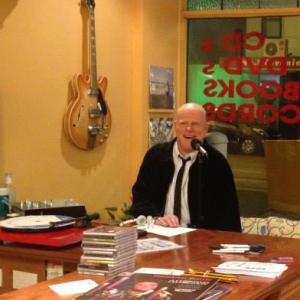 There was more, of course, plus a few ‘spot prizes’ during the night. At the end I press-ganged a young accomplice to help with the marking. He’s just completed a Primary Teaching qualification so it was nice to put his new skills to good use.  As he was also the Sheriff who disarmed anyone reaching for their smart-phones, he proved himself a valuable asset all round.

A surprised and happy winner gratefully accepted his prize**, then we all went home. It was fun.

When I browsed the answer sheets the next day, I discovered a curious thing. [OK, I’ll own up, I actually tabulated and calculated percentages of correct answers for every question. Sad, I know, but an occupational hazard of my training.]

The only item that everyone got correct was ABBA’s ‘Mama Mia’. I’ll leave you to ponder the significance of that.

* Number 1 on the Australian Charts.

Thanks to Max for the marking and general helpfulness