OMAR AND THE DEAD

For those who share Vinyl Connection’s love of cover art, the Album Cover Art Hall of Fame blog is worth a visit. In a recent article film-maker and long-time record collector Eric Christensen shares some of his favourite covers.

Those selected for the article are from the popular mainstream yet with over 10,000 albums to choose from we can hope for further collection exploration – especially when the subject reveals that these days he ‘only collects records for the covers’. You’d never witness such folly around the Vinyl Connection, would you?

One comment caught my eye. It relates to the striking 60s designs of San Francisco artists Kelley and Mouse whose iconic work for the Grateful Dead helped define both the band and the entire West Coast scene. Christensen notes that the ‘skeleton and roses’ image used for posters and their 1971 album was found in a 1913 edition of the Rubáiyát of Omar Khayyám. Now, visitors to these pages may recall that the 12th Century Persian poet has appeared in dispatches before.

The version in question is Edward Fitzgerald’s translation, containing drawings by Edmund J. Sullivan. It was a book that held endless fascination for this naive adolescent growing up in the suburban wasteland of early 70s Melbourne. Not least for its place on our family bookshelves. Who knew my stern, straight-laced Methodist-raised Father had a past containing such romantic – even salacious – images? 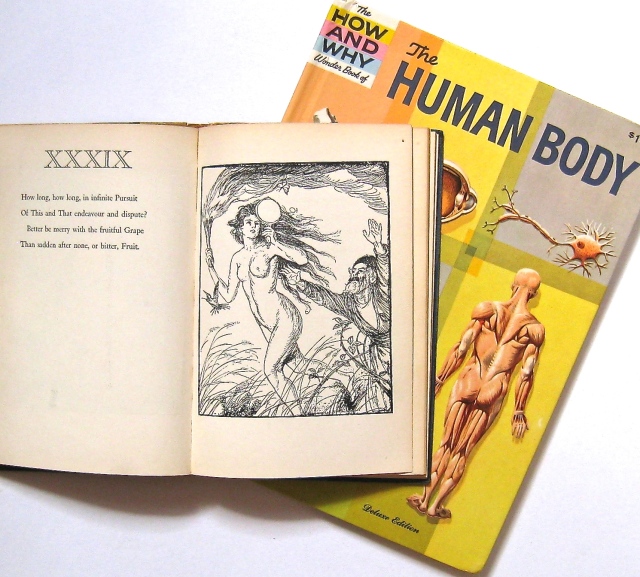 In those simpler days a curious but socially bemused adolescent had few avenues to investigate the female form and the ink drawings in the Rubáiyát were a whole lot more engaging than the How & Why Wonder Book of The Human Body. Though the snaky hair was worrying. 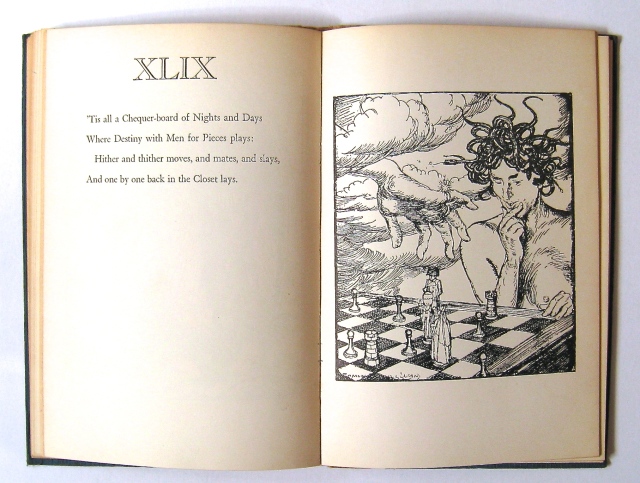 Of course, adolescent fascination notwithstanding, the illustrations are there to support the text, and much scholarly discourse has occurred on the legitimacy (or otherwise) of Fitzgerald’s version. I like what Peter Avery and John Heath-Stubbs observe in their introduction to the 1979 Penguin edition.

(Fitzgerald’s) work is more in the nature of a fantasia than a translation. It is often very free and occasionally not precisely accurate. But Fitzgerald’s poetic intuition guided him aright in divining the essentially sceptical and unorthodox nature of the Persian poet’s thought.

The Grape that can with Logic absolute

The subtle Alchemist that in a Trice 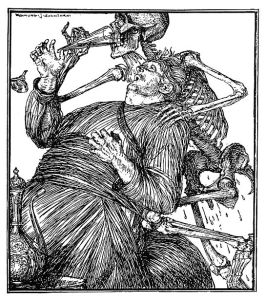 It is the humour, wit and dedication to wine that draws me.

That and the ever-present existential beacon: there is only the ‘now’, only the moment.

Ah, fill the Cup: – what boots it to repeat

How Time is slipping underneath our Feet:

Why fret about them if Today be sweet!

Yet both that callow youth and the 21st Century greybeard would agree that the quatrains are enriched by the vitality of the illustrations.

Edmund J Sullivan (1869 – 1933) was a British artist whose work for magazines soon graduated to book illustrations. Early work included editions of two of Sheridan’s successful plays, School for Scandal and The Rivals. With a style that sometimes evokes a more romantic Aubrey Beardsley, Sullivan was at home with Art Nouveau nudes and the grotesque, sometimes in the same frame.

Back to the Grateful Dead and their 1971 self-titled album.

Kelley and Mouse said the image was ‘based on’ Sullivan’s drawing. In the 21st Century, the word ‘plagiarised’ might flicker accusingly in the skull’s empty eye sockets. You be the judge.

The album itself is archetypal Grateful Dead. Recorded live, mostly on the east coast of the USA in April 1971, this self-titled album (not to be confused with the first Grateful Dead album called The Grateful Dead) covers the major Dead bases over four sprawling sides.

You want blues and rock’n’roll? It’s here with ‘Big Railroad Blues’ and ‘Johnny B. Goode’. Fancy some country flavours? ‘Mama Tried’ and the cosmic cowboy lament of a meandering ‘Me and Bobby McGee’ will satisfy your finger-picking needs.

Some strong new songs highlight the Dead’s facility with melody and rhythm: ‘Bertha’ opens the show with drive and energy, ‘Playing in the Band’ rollicks along and ‘Wharf Rat’ has a keening loneliness that evokes a grey, rain-swept quay. There’s another loose category that, for the sake of brevity, we’ll call Standard-song-with-dodgy-vocals-lots-of-choruses-and-space-for-pleasantly-noodling-Garcia-solos. ‘Not Fade Away/Goin’ Down the Road Feeling Bad’ generously fits this particular bill.

The final frontier is space, so cue up ‘The Other One’, a wandering side-long trip that begins with a daunting 5 minute drum solo before the rolling thunder breaks through the stratosphere and staggers off into the cosmos. It’s OK but no ‘Dark Star’. 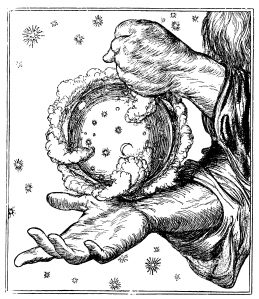 Grateful Dead Grateful Dead was very successful at the time (earning their first gold record) and how it plays now probably depends on whether you are already in the clan or not. If you’re a Deadhead –the original album included the first ever reference to this loose but enduring tribe – then you already know and love this album.

If not, I wouldn’t start here. For my money it’s a bit unfocused and ‘of its time’. That might be like criticising a lava lamp for having sea-sick bubbles, but there you go.

The moving finger writes, and having writ, moves on [LI]

Perhaps this is the loss, this the sadness: a flower raised in a heady, long-gone atmosphere of patchouli and dope smoke cannot, ever, bloom again.

Oh, come with Old Khayyám, and leave the Wise

To talk; one thing is certain, that Life flies;

One thing is certain, and the Rest is Lies;

The Flower that once has blown for ever dies.

Photos of the original album at Sinister Salad Musikal