It’s been a busy week, with insufficient listening time and few spaces to think of an idea for the weekly Vinyl Connection post. Yet business did not preclude LP acquisition. On the pretext of needing exercise during a break in the sedentary working day, I went on a brisk 20 minute walk to Goldmine Records. And naturally came away with vinyl. (Did you ever doubt it?). 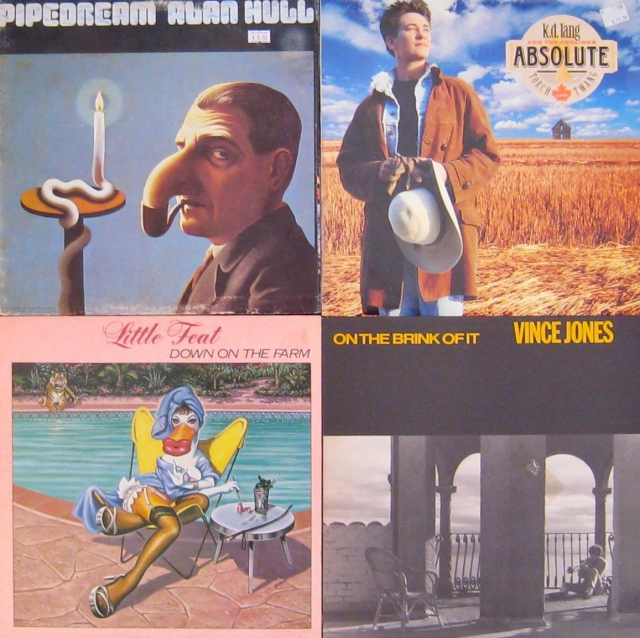 There being nothing especially inspiring in that little haul, the problem remains: what to write? I trawled through a notebook where I keep post ideas but nothing leapt out. I thought about my friend Brian’s ‘Buzz of the Week’ program, but this week hasn’t had one. I considered just not bothering, but that’s a bit slack. Or doing another post of album covers, but that’s the mid-week edition. Can’t break the rules, you know?

Then I remembered one of the ways I’ve played around with playing music. Having a spread-sheet of the music catalogue, a random number generator can be employed to create a playlist. Sort of like putting the whole collection on ‘shuffle’. Why not do that and see what emerges?

So here are six items chosen at random from the Vinyl Connection Collection in the order the balls came out of the barrel. I’ll try to tell you something of their provenance and contents. Or not. 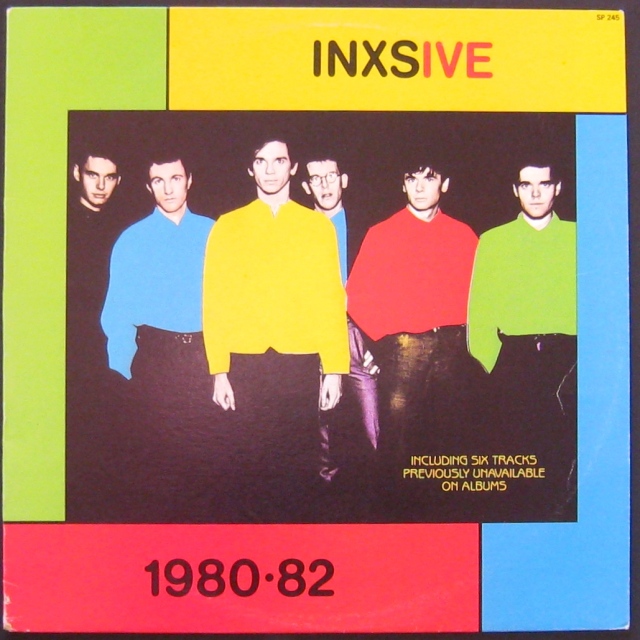 Picked this up at a suburban garage sale mainly because I have a soft spot for early single “Just keep walking” and their cover of 60s Aussie garage classic “The Loved One” by The Loved Ones. This Australian only LP selects tracks from the first two albums, rounds up some singles and b-sides and is surprisingly varied and interesting. In fact, this was one of those take-a-punt purchases that really scored. From the punky craziness of “We are the vegetables” via the above singles to the emerging INXS sound of “Underneath the colours” (still honest, devoid of the slickness that became a successful trademark), I enjoyed this much more than expected. You gotta love a band when they’re young and hungry. 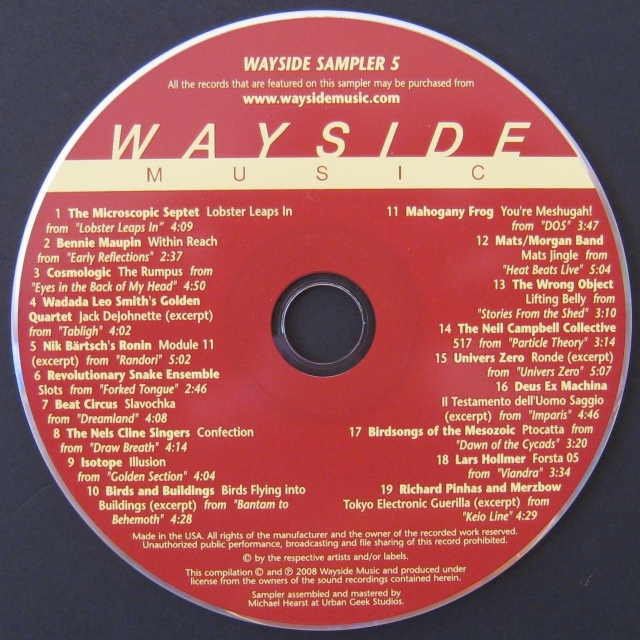 There is an amazing diversity of music in the Wayside catalogue and it’s all there on display in their Sampler series. Order enough product and tucked in with your order would be this little bonus. I keep a couple of these in the glove box for those days when I forget to choose a commute-disc. The variety on #5 is, as always, spectacular: from quirky salon jazz (The Microscopic Septet) through the edgy alt-rock of The Nels Cline Singers (an instrumental track) to sample-sized bites of progressive back catalogue (Isotope, Univers Zero), the only commonality is how interesting it all is. 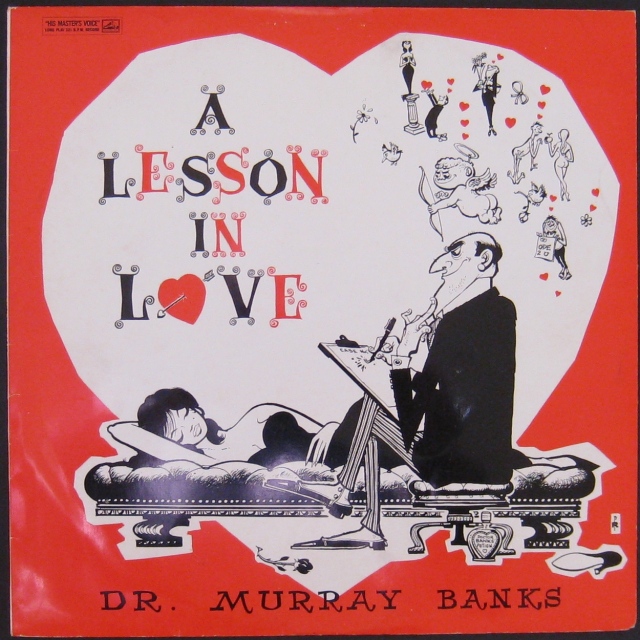 “A Lesson In Love”

Dr Murray Banks was very popular in early to mid-60s America. He was a polished and engaging speaker, translating psychological research into everyday life for audiences of middle-class Americans. It was, at the time, all a bit daring and frontier pushing but never too disconcerting for those out for the evening with their wives. (Did you get that contextual socio-cultural pointer?)

I’ve collected a few of his LPs over the years, never paying more than a fiver I’m pleased to report. As you can see from the titles, he was surfing the zeitgeist of timorous interest in the inner world that was radiating out of the PhD sanctified offices of professional ‘Shrinks’ and into the wide-open angst-filled spaces of suburbia. 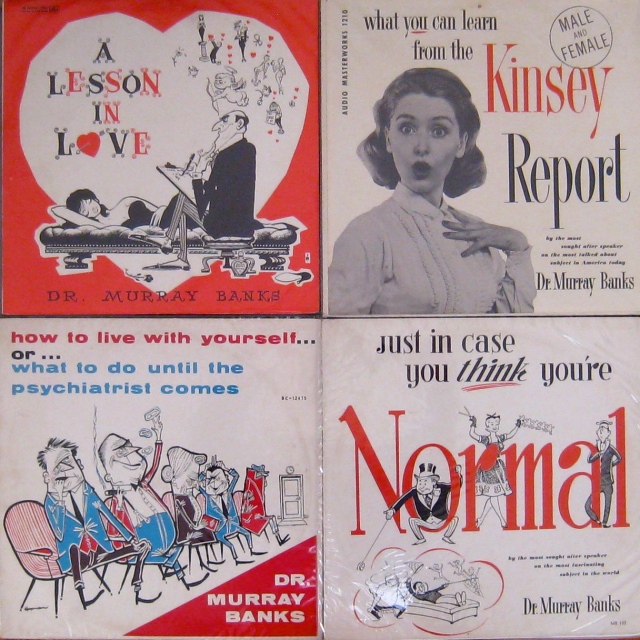 For a brief moment I considered framing up the bottom two LPs for my waiting room but I’m glad to report that sanity prevailed and Dr Murray now resides in the shelves, nestled in between The Bangles and Barclay James Harvest. I’m sure he’s very happy there. 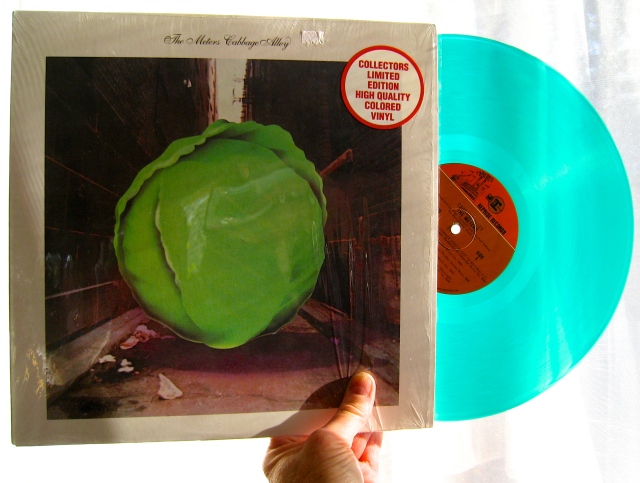 Purchased new from Goldmine Records sometime last year. Although I’d liked bits and pieces of The Meters music there was nothing in the collection, so this 1972 LP (their fourth) with its Magritte-evoking cover and coloured vinyl shouted ‘Buy Me!’. So I did.

It’s a solid funky jazzy workout that rolls by without ever really peaking. Perhaps the actual songs are just that bit predictable and safe or maybe the band were just that bit mellower. I think I’d watch out for either of the first two albums but approach anything later with caution. 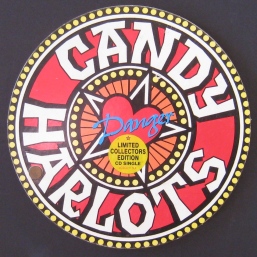 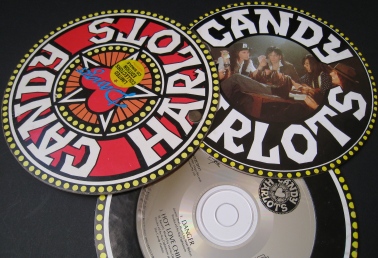 This was purchased a long time ago. Don’t remember where, never heard of Candy Harlots, but it was such an interesting package. And that’s why it’s still in the collection, ‘cos the music is, frankly, unremarkable. Boring FM rock radio without any distinguishing characteristics. Guess that’s why they put it in the groovy disc-pack, by far the most interesting part of the deal. Nothing dangerous here. 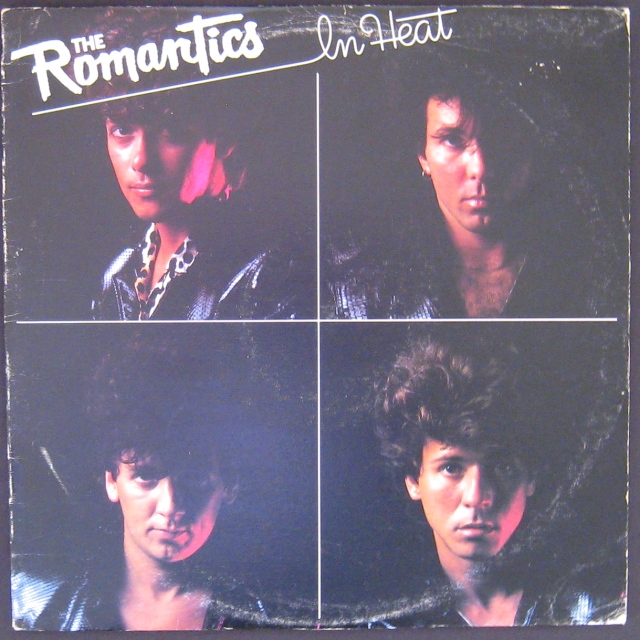 Power pop being a Vinyl Connection luv-bubble of prismatic proportions, it was a no-brainer to snap this album by the Detroit pop-rockers at a Sunday market a while back. The cover was care-worn but the vinyl clean. In the grooves the songs swagger with a sultry, guitar-based pop sensibility that never reaches the powerpop peak of “What I like about you” (1980) but is certainly solid enough to entertain for 34 minutes. At it’s worst it’s pop-rock by numbers (“Got me where you want me”), but when you have a smile-making single like “Talking in your sleep” (#15 in the UK, no less) then it’s OK. I just wish they hadn’t ended the album with an uninspired cover of “Shake a tail feather” ‘cos The Blues Brothers claimed that for eternity.

What’ve you been listening to today?