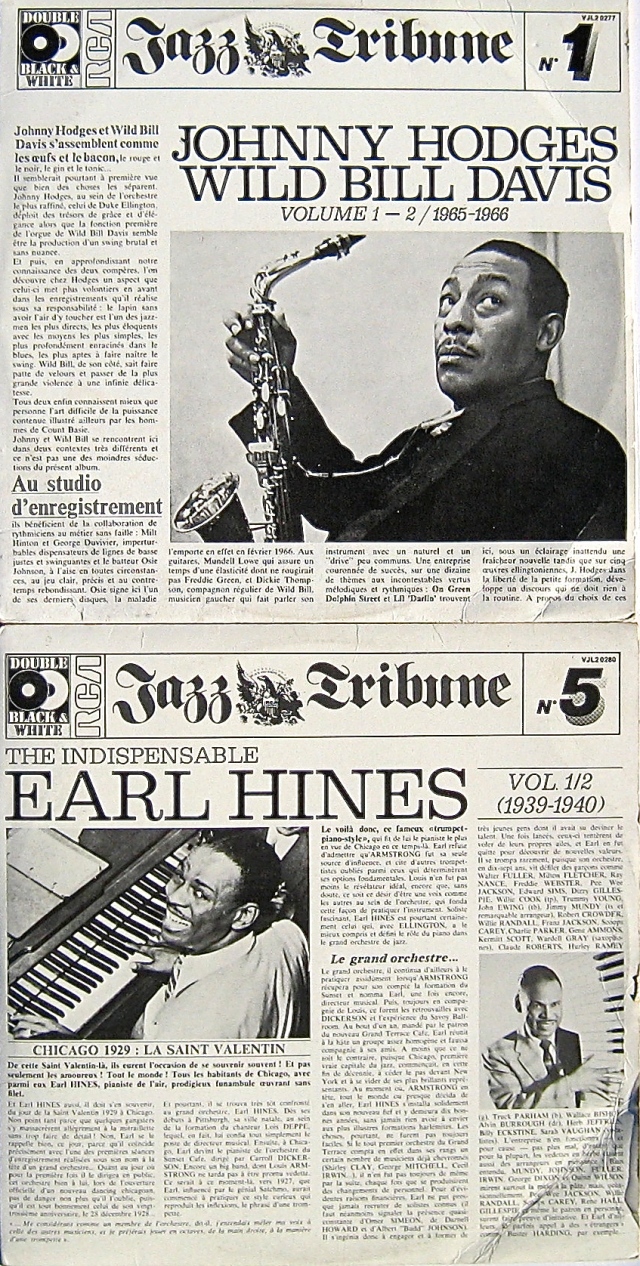 The Jazz Tribune series was released by RCA records in 1979-80.

Comprising more than 75 titles, each one a double album, they were a scattergun history of jazz.

See also ‘News of the World‘ and ‘More Headline News‘

← PLEASURE SPLINTERS
SOMETHING’S OUT TO GET YOU →