As many readers know, we love anniversaries here at Vinyl Connection, especially the ones ending with a zero. One decade, two decades, three decades, four… And of course the half century!

Over the past couple of years we have featured many albums from 1967 and 1968 and reckon it’s a tradition worth continuing. But because the dial is set to summer holiday mode, I’m beginning by plundering VC’s own archive of posts focussing on albums from 1969. Under the Artist—Title (plus month of release where known) appears the original post name (with a link, for those seeking more context). 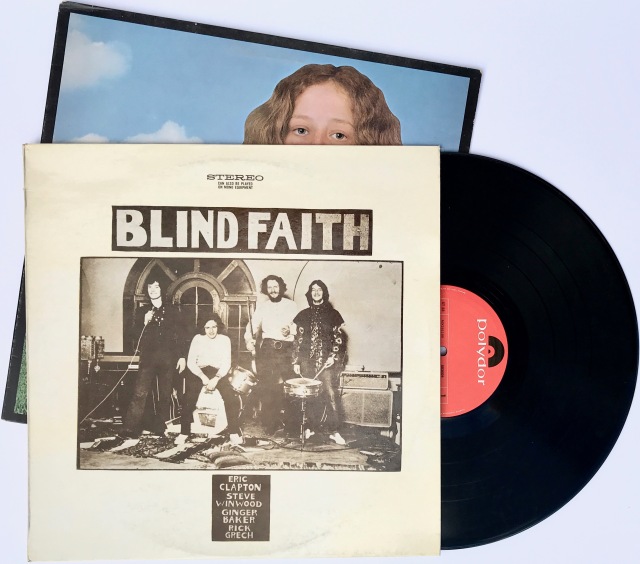 From “Sea of Joy”

…what transported me that Thursday afternoon was the opening song on side two of a flawed yet sometimes sublime album simply called Blind Faith. That this first ‘supergroup’ consisted of Eric Clapton, Steve Winwood, Ginger Baker and Rick Grech, all of whom had colourful histories even before they made this one album together. That the bass player also contributed the violin. That the cover I clutched in my hands and read thirstily while Rick then Ginger meandered through their interminable solos in ‘Do What You Like’ was not the startling one originally issued by their UK record company in August 1969 but a special ‘uncontroversial’ version for the colonies. That both versions would one day nestle next to each other in a music room cluttered with more records and compact discs than any sane person could possibly need.
(An excerpt from one of the first ever Vinyl Connection posts)

From “Live In Your Living Room [First Set]”

Already popular and successful on the San Francisco live circuit, with this album the Dead were captured in all their ramshackle glory so the rest of us could partake. It was the first ‘live’ release from a band who would create a substantial industry around their live recordings: “Dick’s Picks Volume 36” anyone? Housed in a brilliantly coloured gatefold cover by RD Thomas, “Live Dead” represents what was a stable set-list for the band at that time. From songs they performed nightly they launched into improvisations that stretched as far as the stars. And with the assistance of Owsley’s pharmaceuticals, that was a trip the audience could go on too. But even without chemical enhancement, the 23 minute “Dark Star” is a trip worth taking.

Empty Sky was John and Taupin’s first album. Recording began late 1968 and concluded a few months later in (Northern) Spring. It was released on 6 June 1969.
Very much a tentative beginning, Empty Sky is pleasant if not particularly memorable overall. The singer-songwriter muscles are neither as toned nor as deft as they would become, but intimations of future accomplishments are audible, especially in the opening title cut and “Skyline Pigeon”.
The sound of the album is a bit of a mish-mash, amply illustrated by “Empty Sky”. The arrangement boasts a robust rock sound, as befits a song about being imprisoned. Yet little touches—the freebird flute phrases and some neat backwards guitar—show a young team open to experimentation and exploration. “Empty Sky” also has harmonica and a guitar solo—pretty much everything on the album is contained in this extravagant eight-and-a-half minute opus.
Elsewhere we have a song based on Norse mythology, albeit a somewhat confused one where Greek sirens intrude into Valhalla, and another that canvases the Amazon and Eldorado while referring to the Orient. At this stage Taupin’s vision was wide and unfettered by any particular demands for coherence. The outro of the album is downright bizarre, a medley of snippets from the album’s songs that adds, er, not a lot. Overall, the report card for the album would probably read “shows promise” or “an encouraging start.”

King Crimson — In The Court Of The Crimson King (October)

Has there been a more spine tingling opening to an album than the beginning of In The Court Of The Crimson King? An interstellar wind approaches from the depths of nowhere, fades, then explodes into one of the monolithic riffs of rock. A moment later a distorted Dalek voice rasps out of the speakers.

In the central section the sax shrieks and wails as Michael Giles percussion clatters underneath. The pace accelerates with some scat unison playing before an angular, jarring guitar solo from Robert Fripp, spurred on by Greg Lake’s prancing bass. Some squalling Ian McDonald sax, another running interlude, then we return, as we must, to that riff again.

Then it crashes and burns, screaming

(This is the opening of a much longer article)

From “I Love Miles”

An unexpected gem uncovered by the vault archeologists at Sony-Columbia was the 2013 release Live In Europe 1969: The Bootleg Series Vol. 2 by the Miles Davis Quintet. Comprising three CDs and a DVD, this performance document is an absolute corker.
Wayne Shorter (tenor and soprano sax), Chick Corea (electric piano and piano), Dave Holland (bass) and Jack De Johnette (drums) are burning both as individual soloists and as band members of extreme intuition. Hot and cool, soaring and scuzzy, tight and explosive; the entire band is alight. The fact that the ‘third’ quintet was not really recorded in the studio makes this set particularly juicy for jazz fans. Material is drawn from a number of albums including Milestones and Bitches Brew and shows how Miles’ increasing use of electric instruments was pointing towards the studio albums just around the corner (the electrifying Jack Johnson, for example).
Fans of Chick Corea will love this set; the young pianist is all over it. Whether testing the outer limits of his electric piano, adding rhythmic underpinning or interacting with the other musicians, Corea is in absolutely scintillating form. But then, so is everyone else on this recording. 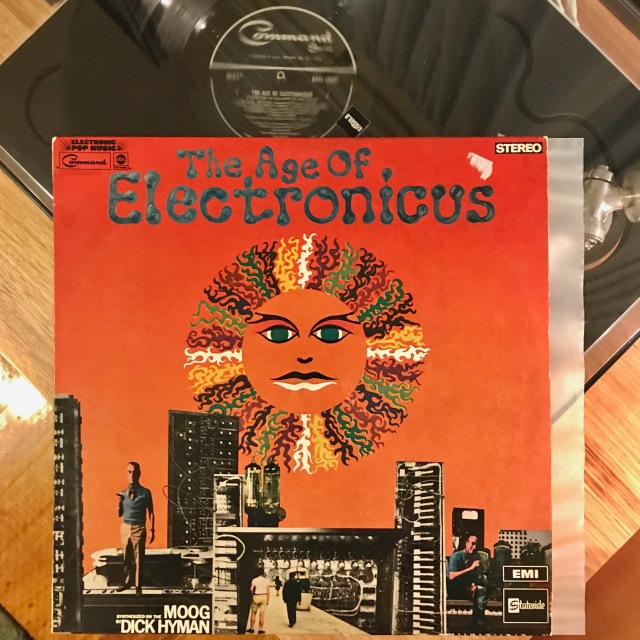 Dick Hyman — The Age of Electronics

An early moogsploitation LP. Mr Hyman was a pioneer of synthesisers and this album brims with invention and good humour. Great cover too.

From “How do you think it feels”

Occasionally I reach for a bit of Velvet Underground, often the amiable shambles that is 1969 – another live album.

From “Vertical Voyeur” (Which was, incidentally, one of the best performing posts of 2018. I choose not to think about why)

(Here) is a double album of the Velvet Underground recorded live in 1969, but only released in 1974 to cash in on Lou Reed’s solo success. I’ve always seen this artwork as a nod towards Reed’s seedy world, both the early ‘Venus in Furs’ S&M and the later songs of hookers, chancers and addicts epitomised by ‘Walk on the wild side’.