You’ve lived the rock and roll lifestyle and it’s taken a toll.

Diagnosed with terminal lung cancer and given three months to live, you decide to make an album, to soundtrack your own wake.

For Warren Zevon it is The Wind.

Jorge Calderón co-writes a number of songs. They are good solid songs in the Zevon tradition of wit, pith and spit. Yet even though the spirit still burns there’s not a lot of fire in the grate.

Backing vocals are important on this one.

Filling out the sound. Strengthening the connection.

Friends gather ‘round the microphone.

Jim Keltner provides rock solid drumming, whether a rave up or a loss-fuelled ballad.

Six string assistance comes from some of the best in the business: Joe Walsh, Ry Cooder, David Lindley.

With every passing week, Zevon looks more tired, more haggard. He clings to a fine line in gallows humour and to his music. 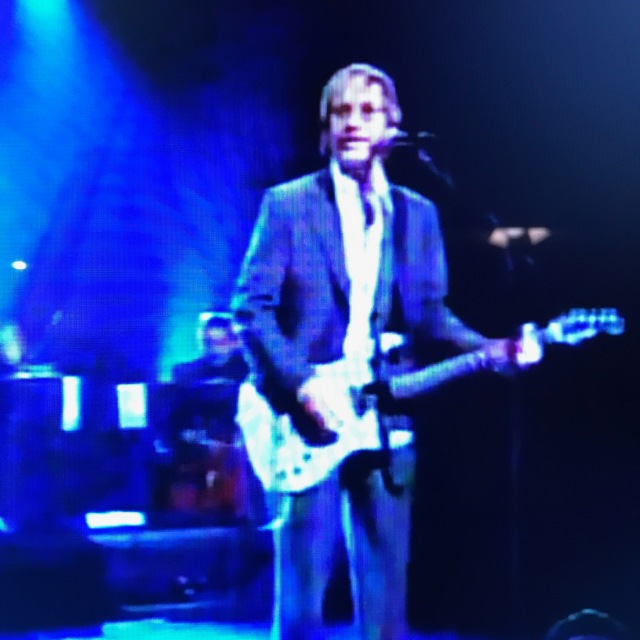 Although it costs a lot in energy and precious time, he says ‘Yes’ to David Letterman’s invitation to appear on the famous late night television program.

Letterman is a fan. He devotes most of the program to Zevon, who observes, with gratitude and wonder, “David has been the best friend my music has had.”

They talk, sensitively but openly about the illness and its inevitable outcome. The audience—normally noisey and involved—sit quietly, holding their collective breath. They are witnessing something intimate, rare. And despite the humour, raw.

Letterman: Do you know something about life and death that I don’t know?

Zevon’s songs are veined with mortality; like he and death were acquaintances long before the final invitation arrived.

There was the album Life’ll Kill Ya.

Songs like “Sleep When I’m Dead” and “Roland the Headless Thompson Gunner”.

Lyrics spiked with violence and despair.

“Well I laid my head on the railway tracks, waiting on the Double E” (Poor, Poor Pitiful Me)

“You better stay away from him; He’ll rip your lungs out, Jim” (Werewolves of London)

Listening to The Wind, it almost seems Zevon’s wild and reckless life was all preparation for this final salvo. 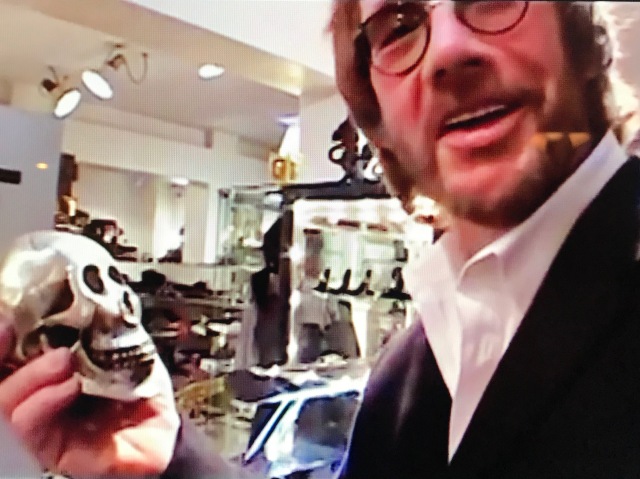 Webster was much possessed by death. And saw the skull beneath the skin [T.S. Eliot]

Opening with a straight mid-tempo country-rock song gives a slightly skewed perspective on the album as a whole. Unless, of course, you listen to the words of “Dirty Life And Times”.

Some days I feel like my shadow’s casting me

Some days the sun don’t shine.

Did that read ‘straight’? Huh. Not in Warren Zevon’s world. You can hear these songs as simply songs, or you can tune in to the awareness of corruptible flesh that permeates every line.

Gets a little lonely, folks, you know what I mean

I’m looking for a woman with low self-esteem

To lay me out and ease my worried mind

While I’m winding down my dirty life and times.

For those a little slow on the uptake, there’s a cover of Dylan’s “Knockin’ On Heaven’s Door” that somehow manages to be both ironic and scared. “Numb As A Statue” and “She’s Too Good For Me” contrast raging against the dying of the light with a rare moment of self-pity. Yet if you are on this journey with Warren, you’re more likely to feel moved than judgemental.

“Prison Grove” is one of the big numbers. A spare, swampy groove delivers a lyric that could be about a felon, or a body imprisoned by disease. The male chorus, sombre and spiritual, sing a unison lament. Ry Cooder quietly wails.

Every song on The Wind deserves a response. Sometimes there is not enough time.

But here is one more story.

As time passed, it literally became a race against death to complete the album. The artist had long passed his predicted use-by date.

A gaunt Zevon sits with Jorge Calderón in the booth. The collaborator hands the singer a page. Have a go at singing the lyrics. “What?” says Zevon, aghast. “All of them?”. He’s not joking. After trying, and failing, Calderón suggests they postpone another attempt until tomorrow. You’ll be fresh.

“Jorge,” says Warren, “I’m dying. I have no fresh. Fresh is not in my vocabulary.”

Then this diary entry (from the VH1 doco):

The ‘he’ is old friend Bruce Springsteen.

Springsteen brings a jolt of positive energy. They tackle “Disorder In The House” again. It is ragged, triumphant, chaotic, inspiring. It is hilarious and heart-breaking.

Springsteen’s plugs directly into the desk for his solo. Zevon is sitting next to him. Listened to in isolation, you might say it’s disjointed and frayed. In the context of this song, this album, this farewell, it is absolutely fucking kick-arse brilliant. A crazy twenty-one gun salute to a friend, honouring him not for his grace and courage and humour, but for his wayward lawlessness and his passion.

The final song on the album, “Keep Me In Your Heart”, is a touching epilogue. But for this rocket-propelled grenade of a musician, dial back to “Disorder In The House” and remember him this way.

The documentary VH1 (INSIDE)OUT: WARREN ZEVON is highly recommended, as is the David Letterman Show.

The use of stills from these programs to enhance the album review is gratefully acknowledged.

← COUCH MUSIC
A NICE LIE DOWN →