One of the first ‘live in concert’ recordings I connected with was “Yessongs”. A sprawling preposterous triple live album with a fold-out Roger Dean cover to match, it was large canvas. The compositions of Yes were complex and structured, executed with dextrous musicianship; they needed the space. To feel the charge and brio surging through the performance and out of the grooves was like a drug; endorphins made the world brighter and I was hooked.

Not everyone heard what I did. Friends were either unmoved or downright disparaging about live albums in general and Yes in particular (but that’s a story for another time).

‘Not a patch on the studio recording’ they frowned.

Then, as now, I’m puzzled by the criticism. Sure, some live albums are more stop-gap than showcase and many more are supplementary rather than essential but doesn’t that apply to countless releases? Often the interaction between mass and musician produces an alchemy that lifts and inspires the players. If you can believe memoirs and magazine articles, many musicians claim the real experience of their calling is expressed live: playing and interacting with each other and with fans. Having a crack at getting that down on tape seems like a fine idea to me.

Before being totally transported by a vision of the purity and honesty of the live recording, it must be noted that what eventually hits the shelves is not necessarily ‘just as it was played on the night’. The final release is often neither pure nor honest; solos are added or augmented, sounds cleaned up, reverb added, mistakes expunged, audience sounds manipulated, set-lists rearranged, the ‘concert’ assembled from multiple gigs – all the twicks of the twade. It is uncommon now, but in the 60s it was not unknown to dub ‘live’ audience noise on top of a studio recording, somewhat missing the central point of the exercise. 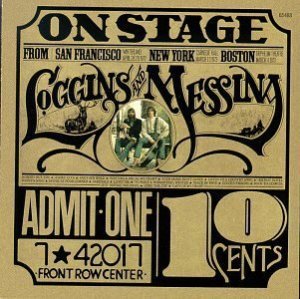 There are lots of articles and polls to help you navigate the vast historical gig guide. Type ‘best live albums’ into a search engine and you’ll find plenty of material to wade through. It can be entertaining to note what an artist (or their record company) opted to call the live release. Many, of course, opt for the bleedin’ obvious: “Live”, “In Concert”, “On Stage” have been overused to the point of tedium. But some have managed to come up with an appellation that, while novel, still delivers the key information:

Then there are the titles that tell you where you would have been, had you had a ticket or been born in time. Locations are trumpeted with varying degrees of specificity:

Many venues have been immortalised, though not all are sites you would want to become intimately acquainted with: 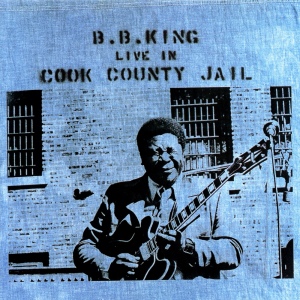 Starting below I’ll introduce a selection of my own favourite ‘live’ albums – the ones that make me:

keep turning up the volume

wish I’d been there even if it was raining

grin stupidly as the applause fades.

– and try to convey what makes them special in a way that complements and illustrates this article.

NEXT WEEK IN PART 2…

Reviews including Edgar, Frank and Richard

One of the earliest ‘rock and pop’ live albums from the British scene, Five Live Yardbirds captures the young band thrashing out their blues standards at London’s Marquee Club in March 1964. For the teenage guitarist – just shy of his 19th birthday – utilising light-gauge strings facilitated note bending but also encouraged wire snapping. Young Master Clapton had to be his own on-stage guitar-wrangler and his focussed attention on this task while the pumped audience slow-hand-clapped their impatience gained him the moniker ‘Slowhand’. While nothing particularly arresting is happening musically, the three-minute pop-song mould is thumped to pieces and the energy is infectious. The sound may be primitive to contemporary ears but it’s surprisingly good for the time and – in the absence of a contemporaneous start-me-up recording of the Rolling Stones  – gets you adrenaline-close to the birth squall of white-boy British blues rock.

When they came together under the moniker ‘Pentangle’ in 1967, it was at first more a coalescing of various duos and combinations than an actual band. Yet the tapestry they created is sublime: guitarists Renbourn and Jansch (legendary – or at least highly regarded – even then), the patchouli and dulcimer vocals of Jacqui McShee, an elegant foundation laid by the versatile rhythm section of Danny Thompson (bass) and Terry Cox… it just works beautifully. Pentangle became a wonderfully creative ensemble who made rich, engaging, genre-blending music heard in all its diverse glory on this album. The splitting of this double album into ‘Live’ and ‘Studio’ LPs was (and is) unusual but by no means unique (Cream released ‘Wheels of fire’ using the same live-studio combo earlier the same year). Add a wonderfully evocative cover designed by Peter Blake (of Sgt Pepper fame) that Rob Young describes as “a solid edged pentagram speckled with red and blue and burnished with flecks of gold” and you have a treasure of British folk/blues/jazz/rock.

Already popular and successful on the San Francisco live circuit, with this album the Dead were captured in all their ramshackle glory so the rest of us could partake. It was the first ‘live’ release from a band who would create a substantial industry around their live recordings: “Dick’s Picks Volume 36” anyone? Housed in a brilliantly coloured gatefold cover by RD Thomas, “Live Dead” represents what was a stable set-list for the band at that time. From songs they performed nightly they launched into improvisations that stretched as far as the stars. And with the assistance of Owsley’s pharmaceuticals, that was a trip the audience could go on too. But even without chemical enhancement, the 23 minute “Dark Star” is a trip worth taking. Really cosmic, mate. 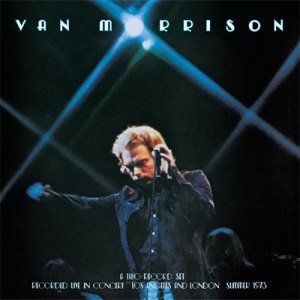 Kicking his Caledonia Soul Orchestra into top gear, Van swoops and dives through a selection of his own estimable songbook leavened with some deft covers. The band cooks, the horns kick and Morrison struts like a randy druid at a soul show. I prefer the first LP of this two record set; the second has bites of the ‘is he taking the piss?’ vocal mannerisms that seemed over ensuing years to seep further and further into his work via a curmudgeonly world view that became a rather sad caricature. But this is Van the Man in his prime. “Roll me over, Domino”.

A monster set from the carriers of the Grateful Dead flame. Over 180 minutes across three CDs, it’s too much for a single listen (hope the audience were fed and watered!) but fabulous to dip into a chunk at a time. The Allmusic guide calls Phish “de facto leaders of the neo-hippie jam band movement” though this sells their musicianship a little short. There is energy a-plenty here as songs are plucked from a twenty year history and no opportunity for improvisation is left unexplored. There’s even a version of Deodato’s funky interpretation of the Richard Strauss tone poem “Also Sprach Zarathustra” (the “2001: A Space Odyssey” theme).