The death of the co-founder and energetic mainspring of Yes was reported in the mainstream media. For some, that might be telling indictment of how mainstream the progressive music of the band became, but I’d beg to differ. Squire was an outstanding bass player and his band’s music has brought great pleasure to masses of people (mostly dweeb-ish young men, admittedly). Without Yes, this music tragic would have spent many fewer hours trying to decipher complex time signatures and penetrate mystical lyrics. When he died, I compiled a tribute, 10 Albums To Say Yes To. 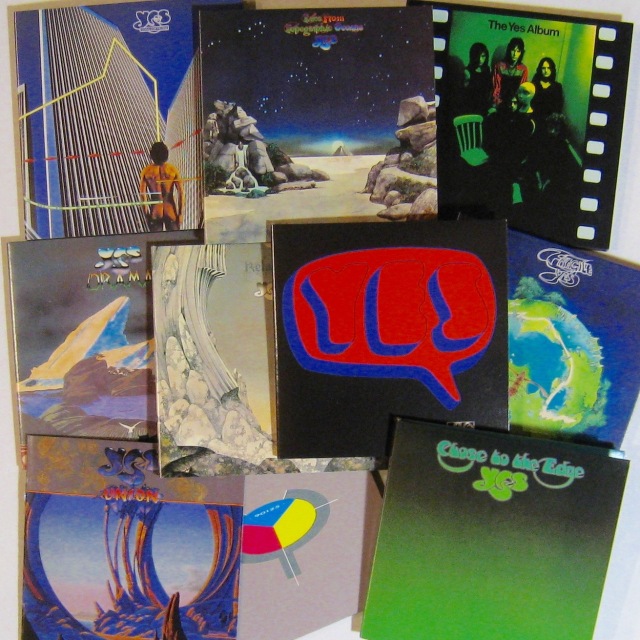 The public career of musician/composer Moebius began when he formed the relentlessly experimental band Kluster with Conrad Schnitzler and Hans-Joachim Roedelius in 1969. After Schnitzler’s departure they anglicised their name to Cluster.

The album I often picked up longingly in my regular ‘just browsing’s at Pipé Import Records was Cluster II, a brilliant and often unsettling album of electronic instrumentals alternately rhythmic, melodic and industrial.

Next came Harmonia. The addition of guitarist Michael Rother (Neu!) produced some powerfully transporting music. Harmonia’s complete works were re-released on vinyl earlier this year and a wonderful box of goodies it is indeed. If resources allow, try to snare a set.

Moebius worked solidly through the 80s and 90s, often collaborating with producer Conny Plank. Although I have a few of these albums, I don’t know them as well as they deserve. Another enjoyable album is the Cosmic Couriers album Other Places from 1996. At first I was disappointed as I was hoping for the long loping psychedelic jams of the 70s Cosmic Couriers albums. Other Places is more Cluster than Courier. Once you adjust, it is an interesting and entertaining work.

The reformation that really excited was that of Harmonia. They toured in 2009 and although I was a two-hour drive out of Melbourne at the time, I slogged back through the summer heat for the concert, taking my place on the sticky carpet with a few hundred other devotees of the legendary krautrockers. I even took along my treasured original copy of Harmonia’s self-titled debut and got all three protagonists to sign it. A mate made a souvenir recording of the event, which is nice to have. Less successful was my attempt, in German, to relate to the bemused Dieter Moebius how I’d purchased the LP from Pipé in 1974. He was sweet, nevertheless, and shared with me that he and his wife were taking some time to drive a minivan around parts of Australia. I hope they enjoyed it.

I kept meaning to and wanting to write a tribute to the influential folk guitarist, but never managed to do more than set up a photo to use in the oft-pondered post. I wanted to write about Pentangle, the wonderfully innovative and (for folk) unusually successful folk-jazz combo that featured Bert Jansch and Jacqui McShee. I wanted to share a memoir piece on my first meeting with Mr Renbourn via this ground-breaking and beautiful solo album Sir John Alot. And maybe take a trawl through his extensive catalogue sharing some highlights. Certainly I’d want to work in the delightful live album he made in 1993 (Wheel of fortune) with Incredible String Band co-founder Robin Williamson, not least to share the mischievous humour permeating the concert. ‘We were thinking of calling ourselves The Incredible String Tangle…’

But, alas, none of those plans made it to fruition and the closest John Renbourn came to the feature he richly deserves was the piece exploring Led Zeppelin’s folk influences. 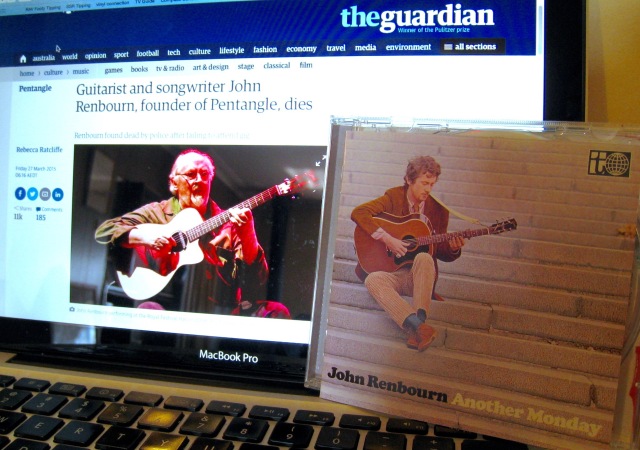 Another soul/R&B singer best known for a single song, this time the immortal ‘Stand by me’.

The drummer on the 1969 Crosby Stills and Nash self-titled debut also added rhythm to the next super-project that added Neil Young to the gang: Deja Vu. He then played with Steve Stills in Manassas from 1972-73.

I don’t know the music of this American musician and singer-songwriter, but I know he was revered by many blog colleagues and so is included here as a mark of respect. Perhaps someone could suggest an album that best encapsulates his abilities.

Dying from a heart attack at age 55 is not a ‘Fade to grey’. Farewell to the Visage singer.