On a Crowded House high after the televised concert last weekend, I was going to write about Together Alone.

I thought to tell you of how, buying the album on release in 1993, its darker hues spoke strongly to my melancholic side, deep and rich like a chocolate cake made with 70% Lindt and a slug of Patrón XO Café liqueur.

Of how, despite Neil Finn’s excellent natural diction, the absence of lyrics in the CD booklet rankled, replaced with a series of moody photographs of the four-piece band (Brother Tim having been subbed out in preference for Mark Hart). The songs were strong and thoughtful, I wanted to catch every word, especially the song about Paul Hester.

How, browsing in Quality Records one afternoon, I chanced across the ‘Private Universe’ CD single which contained not only the magnificent bonus track ‘I am in love’ but the missing lyrics booklet from the parent album.

I might have run through the album. The stately, almost reverent ‘Kare Kare’ followed by the restrained passion of ‘In my commend’. I might have shared how the rocking ‘Locked out’ reminded me that, at his best, Neil Finn is the love child of both John and Paul.

There is the spiky goose-bumpy ‘Black and white boy’, the triple-time whimsy of ‘Pineapple head’, the yearning beauty of the title song…

Then, perhaps, I might have jumped forwards to the recently re-released Crowded House catalogue, praising the lovely vinyl re-issue of Together Alone that spins as I write, pausing only to lament that the lyrics are still not included while noting the ‘deluxe’ CD has an entire extra disc of demos, live cuts and b-side rarities.

But instead I think I might tell you about temptation and the time I fell in love with my German teacher.

I didn’t just like my partner, I admired her. The command of a second language (mine), the way she knew what she wanted (me, amongst other things), her capacity for seeing a future (us). That clarity and determination had brought me across the world to live for a year in Germany. It was good, even when, early on, she challenged me about being immobilized by the cultural shift (‘Ein wieterer Tag auf der Couch, mein Schatz?’) or called out my psychobabble bullshit in a germanically accented voice dripping sarcasm. ‘Mein Psoosch-o-log’ (phonetic version).

Yes, I was her Psychologe, later demonstrating versatility by finding employment teaching English to Deutschebank executives and at the Weisbaden Volkshochschule while attempting to resist the gravitational pull of her terrifyingly embracing parents. In a cute little apartment, sparsely furnished with her student house gear, I stared out the lounge room window at a sliver of the Rhine and wondered what to do while Kathe was at work.

It is a while ago now, some twenty years; the snapshots curled and indistinct in their chronology like a sheath of printed photos dropped and carelessly re-collected. But some things stand out in high definition. The initial three-month Deutsche language course in Frankfurt, whose practical outcome was an ability to rattle off ‘Wurst mit Senf, bitte, ohne Zweibel’ almost like a native; the realisation this was due to a regular lunch ritual rather than the result of application to textbooks.

Enrolling at a more conveniently situated institution, Volkshochschule Weisbaden, reduced the travel time and introduced me to this charming spa town across the river, though without any discernible improvement in my language skills. But the new course did teach me something: German, whose guttural cadences were familiar from dozens of b-grade war movies, could, when spoken by a petite, dark-haired woman with a cheeky smile and sad eyes, sound breathtakingly sensual.

Not that I noticed this immediately. There was a friendly connection between Elyse and me, the oldest student in her class, and certainly no shortage of warmth. Initially I put this down to the teacher’s desire to brush up her English skills with a native speaker rather than any charm vibrations unwittingly emitted by your correspondent. The change point was sudden, unexpected, and shocking in its clichéd intensity.

By December 1996 I was teaching at the same College of Advanced Education (though in a different location to Elyse) and thus claimed the right to enter the staff room at the outpost where the German course was conducted. On the first day back from the brief festive season break, I glimpsed Elyse through the doorway of the tea-room. There being no other staff to look askance at a stranger entering their domain, I ambled in to offer a New Year greeting. A mutual pleasure at seeing each other lead to a spontaneous hug. It was brief, delicious, and seismically unsettling. In all likelihood it was also somewhat awkward, Elyse being some forty centimetres shorter than the bloke in question, but I do not recall noticing that at the time.

What I do recall is that nothing was the same after that. Not the classes, not the coffees afterwards, nor the cups of tea in Elyse’s first floor family apartment as she blew smoke out the window from the roll-your-own I’d made her. ‘No-one knows I smoke,’ she smiled. Not her husband, not her nine-year-old son, not the cute-as-a-button six-year old daughter. ‘Of course they know,’ I laughed. ‘You stink’.

One thing that did not change was my lack of progress in learning German. Young migrants from Eastern Europe came and went in the classes, their skills increasing in proportion to the desperate necessity for a new life. The complacent Australian, supported and protected by the internal sense of his homeland and his partner’s insistence that the future was bright, mooched along the low tide mark of language acquisition while building an addictive, compulsive intimacy with his married teacher. An intimacy that remained—always and inevitably—chaste.

Where there is close connection between partners there is no air for other intimacies to breathe nor earth to entwine wandering fantasies. Danger lies in the space into which infatuation can grow. It is misleading to consider affairs as the unequivocal cause of relationship disintegration; attractions are rather a coal-mine canary, a colour-changing strip of litmus, a ‘last call’ toast to the desperate plight of the union.

Mine was an affair of yearning.

Sitting side by side with this pensive elf in a garish ice-cream parlour in Wiesbaden, a Crowded House song plays. ‘Into Temptation’ from the second album, perhaps the greatest song about infidelity ever written.

You opened up your door

I couldn’t believe my luck

You in your new blue dress

Taking away my breath

The cradle is soft and warm

Couldn’t do me no harm

You’re showing me how to give

A muddle of nervous words

Could never amount to betrayal

The sentence is all my own

The price is to watch it fail

With an open invitation for me to go

Safe in the wide open arms of hell

He sings along quietly. Fiddling with her necklace, she notices that the top button at the back of her dress has come undone. ‘Could you do it up, please?’ Hoping a wry tone will disguise a quaver in his fingers, he observes that he’d rather be going the other direction, but complies. She smiles but doesn’t move, either emotionally or physically. She has been here before, you see, a couple of years back. Her marriage survived. Just.

But Elyse is not happy. Her scientist husband is distant and inattentive, her children are discovering their worlds; she leans towards her lonely admirer but will not repeat the previous indiscretion.

For his part, he pines, desires, but will not push. Call it a moral compass or a ball and chain, call him a coward or a clown. Nothing has happened, nothing will happen.

Still, it was impossible to ignore this ominous portent for the future of his relationship with the estimable Kathe. Especially when he is on holiday on Crete but his mind is back in Hesse.

And Kathe may be admirable, but she is certainly not stupid. How many times must a partner hear another’s name before they start to wonder about this person whose speaking part seems to be growing relentlessly? What frequency of citation suggests the plot is shifting, the narrative arc diverging, the ending no longer sure and predictable?

Perhaps it is when, on the way to dinner in the spa town, he must return a book to the German instructor, now supporting and encouraging his English teaching role. Leaping from the car, he assures Kathe he’ll be back in a moment then freezes as she alights too. ‘I’d like to meet Elyse,’ she says simply, and follows him up the echoing stairs. Double footsteps and double-time heartbeats.

An awkward doorway introduction and a face-saving invitation to dinner from Elyse. Hours later, his chest is still tight like a shock absorber.

A week later, the dinner party. He contrives to sit next to the teacher rather than the partner. ‘Humanities on one side, Sciences on the other,’ he cheerfully announces. Who is fooled but this ridiculous pantomime?

Not Kathe. Later there are words. Later they weep.

It marks the beginning of the end. The last few weeks of the year they are together alone. 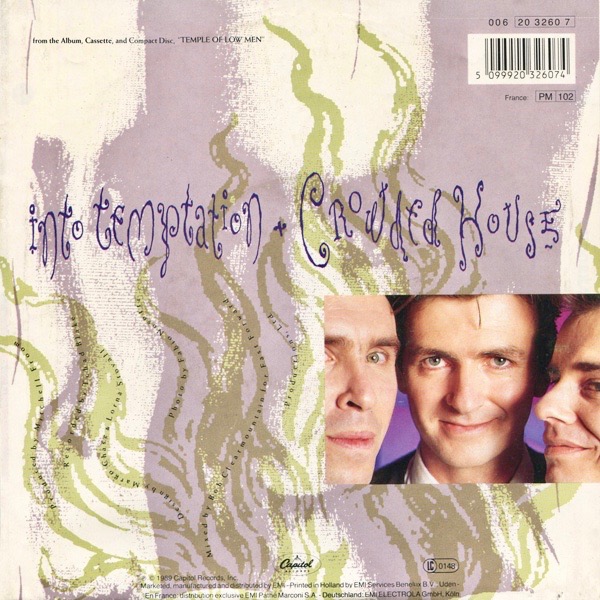