It all started with an idea that it would be fun to display some album cover art on the walls at Vinyl Connection Headquarters. Having a couple of suitable frames lolling about in the music room, it was simply a matter of negotiating with Ms Connection over where they should hang.

Either side of the ugly old wall furnace on the even uglier fake-wood panelled wall section was agreed upon as a place both visible and hidden, so with this apparent contradiction sorted, pairs of LP covers were duly chosen for the private enjoyment of the locals.

When the blog began in May 2013, the intention was to post weekly. But it seemed that more was needed to build an active connection, so I hit upon the idea of sharing my love of album cover art via—you guessed it—pairs of themed record sleeves. It was fun, and I enjoyed indulging my love of the endlessly varied sleeve artwork. For extra musical harmony, each post was titled with a song.

But almost four years on, there is a massive back catalogue of Vinyl Connection posts, so I’ve decided to do a clean up. I’ll pick some of my favourite ‘Cover Pairs’ and repost them in job lots as I delete the original posts (which only featured one pair per outing). Maybe some cover-art fans who missed these the first time around will find something to enjoy.

(PUT ON YOUR) HIGH-HEELED SNEAKERS 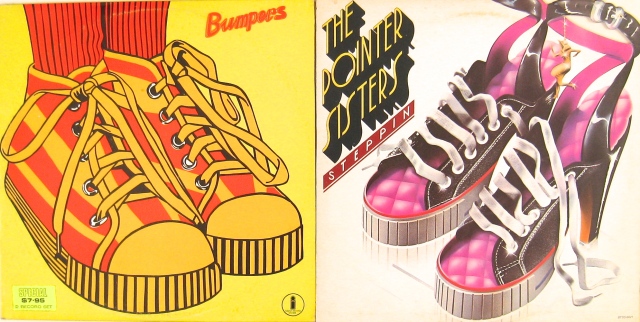 The photo does not show this at all well, but the Pointer Sisters high-heeled sneakers have the straps actually cut out of the cover. Neat.

I recall pondering whether to have the ‘feet’ facing towards or away from each other.

YOU LIGHT UP MY LIFE 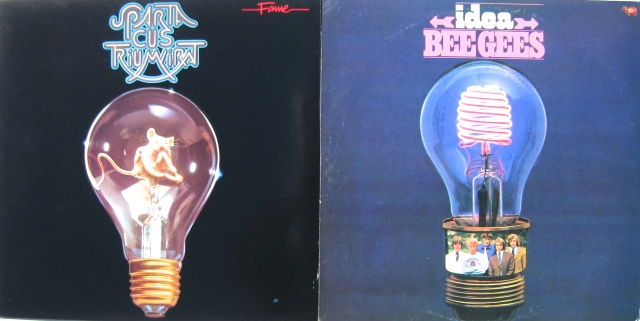 A light bulb moment for sure.

This remains one of my favourites; I find this double avian image very funny. But then, it has been suggested on a number of occasions that I’m a bit strange. Perhaps even a bird brain.

THINGS CAN ONLY GET BETTER

An attempt as a dramatic composition. Sixties hope versus Seventies despair?

Would enjoy hearing responses, if only to establish whether I’m the only person on the planet who finds these juxtapositions entertaining.