Give the people what they want. Or as the wonderfully named Roman, Juvenal, put it: give ’em “bread and circuses”. Good advice for popularist leaders everywhere.

A couple of requests arose from the last cover pairs post. So today we have doctors and naughty bits.

Rant: A big round of applause for national health systems. Because every citizen deserves access to quality medical services. That such a basic human right could be framed as ‘political’ is sickening.

Trivia: the cover above (from the VC collection) is the censored version. Here is the original. Any diagnostic comments? 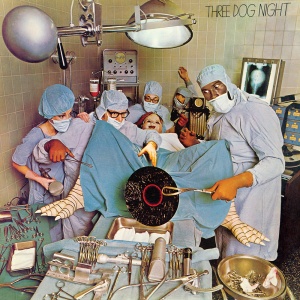 The bottom line: if you were giving birth to an LP, you’d want experts on hand, surely?

For aficionados of the derrière, everywhere (but especially in Wales and Ontario).

Factoid: The Waters cover was censored in some territories (Good Morning, Home of the Free!).

Bottom line Bonus: The feature image from the original post.

What was that dietary advice?

← YOUNG AS TODAY
THAT FUSION VIBE →