WORLDS IN A MAGICIAN’S HAT

Yesterday I ran a beginner’s dungeon for a group of children between the ages of 11 and 15 (plus an embedded 50-something). Today I’m recovering.

The convalescent state rekindled a process of memory-mining around my introduction to the prince of all role-playing games, an excavation that began last year when I read David M. Ewalt’s entertaining book on the history of Dungeons and Dragons, Of Dice and Men (Scribner, NY, 2013).

So this morning, staring out at a cold blustery Autumn day, I decided to see what could be extracted from the caverns of fossilised memory. Digging out my all time favourite otherworldly album, I dropped the stylus and descended into reverie. 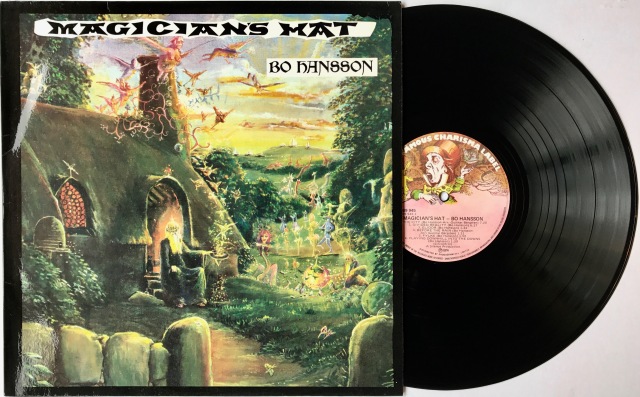 Andre’s introduction to the role-playing game that would dominate our social lives for years was as hilarious as it was brief. The way he told it, he sauntered into the Undergraduate Lounge on the first floor of the Student Union building after seeing a notice in the daily bulletin advertising a new role-playing game club. What did that even mean? And a board game without a board? Set in a fantasy milieu? Hey, Tolkien ruled, OK?

Lowering his considerable bulk into a spare chair, Andre was fast-tracked through a bewildering process of character creation. “Roll these. Write down the numbers there. Your highest score is Strength, so you’re a Fighter.” Within minutes he was in an underground passage with a motley assortment of other adventurers. They enter a cavern and confront a Purple Worm.

“What are you doing?” barks a stern looking long-hair at the end of the coffee table.

“Are you fighting it or what?”

“The worm’s tail slashes at you.” He rolls several dice. “You’re dead”.

A few months later, Craig received the box set of Dungeons and Dragons for Christmas courtesy of his partner Anne and mate Andre. They were all sharing a house at the time so deciding to play required little organisation. Anne and Andre left Craig to learn the rules and went to make coffee. Periodically they stuck their heads around the door to see how Craig was going. What they mostly noticed was his deepening frown and sluggish progress through the rule book. “There’s a bit to get your head around,” he muttered. That was something of a worry, because although no-one spoke about such things, everybody knew much of the time Craig was the smartest person the room. If this game was making Craig frown, it must be really something.

Several hours later, they ventured back and were told, with some hesitation, they could probably have a go now.

I’m trying to remember why I was not around for that initial introduction to the world of D&D. The most likely explanation is that although Andre and I were thick as thieves and hung out together a lot, I had probably parted company (not on speaking terms) with the Optometry Department of the University of Melbourne by this point, with a resultant loss of daily contact. Being academically—if not ophthalmically—short-sighted, I had not realised there was more to passing exams than dozing through lectures and listening to music in the Rowden White Library. Luckily the store where I worked Friday nights and Saturday mornings offered me a full-time position or I would have been truly lost.

Having been given the address of a Friday evening game of D&D being hosted by a vague acquaintance, I consulted my street directory and drove there after clocking off at 9:00pm. Andre looked up and nodded as I entered the lounge room, trying hard to step over—rather than on—the extended legs and bodies sprawled on cushions. At a glance, there were four other males and a solitary female reclining on ancient couches or perched on large cushions all focussed intently on bits of paper covered in unintelligible scrawl and occasionally yelping or groaning as they rolled odd-shaped dice. The key figure was a fellow who seemed to be telling them what was happening while rapidly shifting his attention between a sheath of hand-written notes and a blue-covered rule book. I sat in a corner, totally confused but utterly transfixed as an adventure unfolded in the air out of nothing but voices, imagination, and a few bits of paper and plastic. When I got home at 1:00 am I got out a notepad and started designing my first dungeon. I could find out the rules later.

A quartet of decades on, I have to say I enjoy writing dungeons more than the actual playing. This is probably just as well, as the ratio of writing/preparation time to playing time is somewhere in the vicinity of 4:1. Still, the kids seemed to enjoy themselves and my mate thought it went well, so maybe there’ll be a repeat engagement.

Perhaps I could try something a bit different. One dungeon I was quite pleased with was called Coda for Melodyne where a musical theme was reflected in both the tasks and the design of the labyrinth (it was shaped like a treble clef).

What about a dungeon inspired by a record? Bo Hansson’s Magician’s Hat, for example? 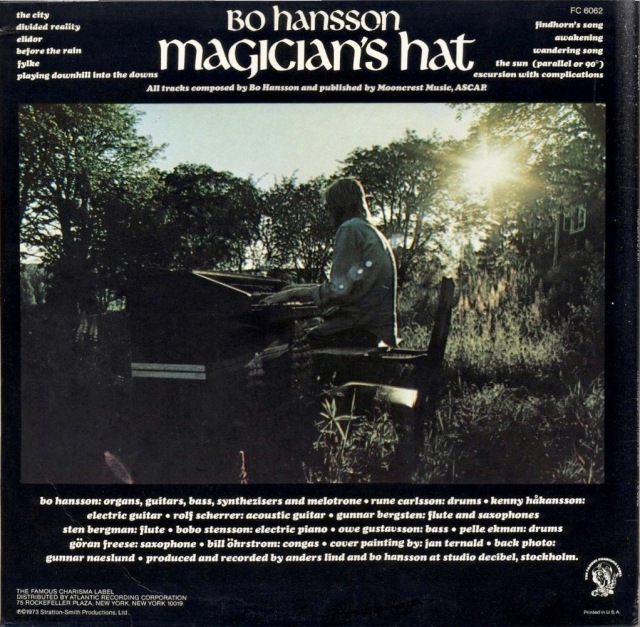 The adventure begins in “The City”; bustling organ and horns, some dangerous slashes of guitar; a jazzy organ (a spacey Scandinavian Jimmy Smith?) leads us to a park where a group of acolytes sing a brief wordless chorus. Then out into the bustle again, people moving with jaunty confidence as synthesisers and other keyboards dance with sax and percussion. “The City” never sleeps, travelling restlessly through different moods, a smoky sax solo, a pattering percussive ending.

Rolling in triple time with acoustic and electric guitars, “Divided Reality” rocks between a folky dance and oceanic surge and roll. This lively instrumental music touches you with familiarity only to spin you into new world where magic surely lives. There is a restlessness, almost a kaleidoscope of musical ideas here that makes the record fizz like a Catherine Wheel in the night sky.

Magician’s Hat was released in Hansson’s native Sweden in 1972, and the following year everywhere else. Some of the pieces were leftovers from Lord of the Rings, but these are jewel-encrusted brooches rather than rusty cast-offs. The three short pieces completing side one hang from the neck of the longer opening pair like bright adornments to an exotic robe.

“Elidor” is flute driven over a sighing keyboard accompaniment, a turn for a moonlight glade where mystery flits in the shadows. (The name, incidentally, is from a children’s fantasy novel by the wonderful Alan Garner). “Before the rain” continues with flute, before changing complexion completely as sax takes the lead for a while. The next brief piece, “Fylke” continues the floaty flute, this time over guitar rather than organ. So evocative are these pieces you could well find yourself wandering unknown hills and meeting mythical figures.

“Playing downhill into the Downs” certainly sounds like a Tolkien title, and is reminiscent of a couple of the more forceful pieces from Lord of the Rings (“Flight to the Ford”, for example). Great ensemble playing with the wind instruments leading a folky Scandinavian progressive big band chart that fades too soon. Some moments evoke Lizard era King Crimson, or perhaps Islands, but with quite a different heritage.

The feel of the second side is the same; exotic progressive Scandi folk-rock with brief, pretty melodies that move to different rhythms. My favourite is the jazzy “The Sun (Parallel or 90∘)” with its loping baseline and gorgeous electric piano. When the guitar solos over the top, it’s like a Northern lights Mahavishnu Orchestra. Sublime.

Although it may not be everyone’s cup of mulled wine, there is a heady magic permeating this album, inviting you into unfamiliar yet entrancing places. I loved spending time pulling worlds out of a Magician’s Hat today. 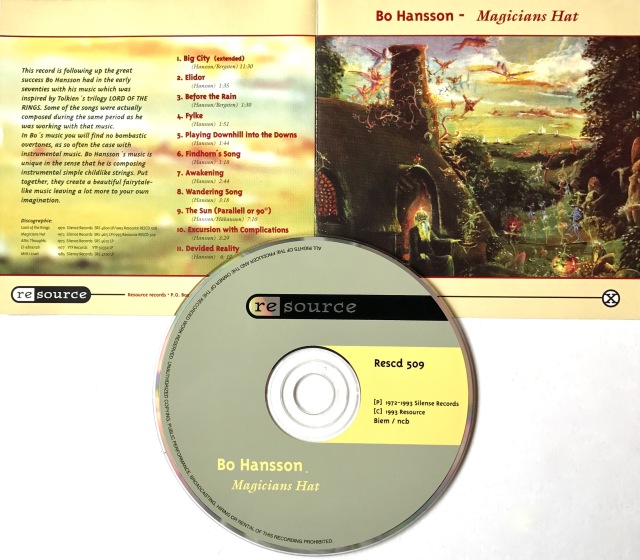 The 1993 CD re-issue on Resource Records remasters and re-orders the pieces slightly. The extended version of the opening piece (now entitled “Big City”) is fabulous, adding psychedelic big band charges and a space guitar wig-out. Pity they lost the apostrophe though.