Australia. More stunning coastline than any country in the world, most of it uninhabited.

Two thirds of the population live within striking distance of an ocean or bay.

The result? Most people can swim, a summer holiday simply must involve sun, sand, and fish and chips, plus we have the highest rate of skin cancer in the known universe. But this isn’t a travel blog. We’re not here for the beer and melanomas, we’re here for the beaches. 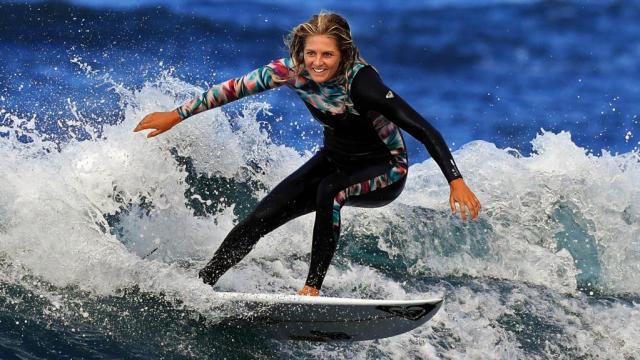 How much do I love Beaches? Let me count the ways.

I love that they formed in Melbourne: on a bay and flanked by coast.

I love that Beaches is a female outfit, adding a tongue in cheek element to the band name. (Say the word for female canine substituting ee for i.)

I love the album title, She Beats. The nuances make me smile.

She Beats, like ‘that woman over there, she wins’. Who does she beat? Perhaps the system: the triumph is getting this fine album recorded and released.

She Beats. Emphasise the first word, She—as in collectively female—Beats, as in rhythms.

I love the understated bottom end of Gillian Tucker (bass) and Karla Way (drums). A solid rhythm foundation on which to build towers of sound that sway and dissolve or reach and charge.

I love the guitar squall that evokes the wonderful debut by Secret Machines but is somehow airier, more spacious.

While we are on the Beaches sound, although largely instrumental, I love the back-in-the-mix vocals when they appear.

I really love the psychedelic wah-wah guitar; used like a paintbrush rather than a club. 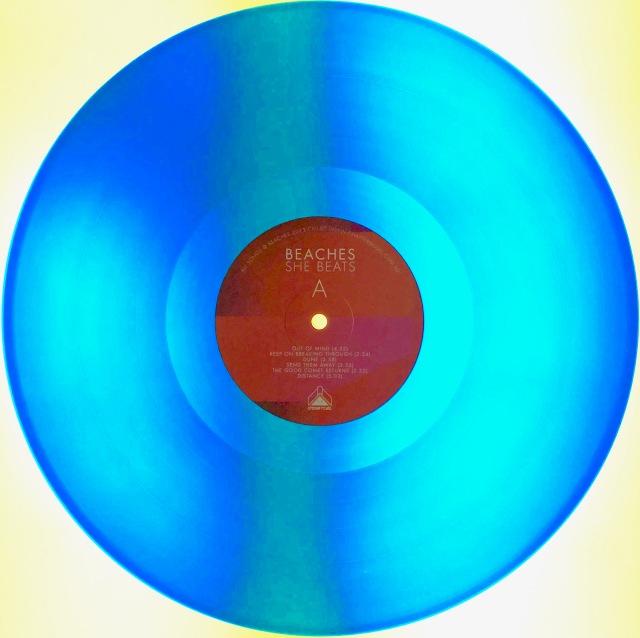 I love that the songs roll and curl like surf, simultaneously powerful and fluid.

I love that Beaches are one of three bands that sit between the Beach Boys and the Beatles on the Vinyl Connection shelves.

Michael Rother from Neu! appears on two tracks. He is the perfect guest.

I love that other tonalities creep into the mix now and then, a touch of sax, organ or cello.

I love the design of the album cover, a geometric cross-hatch of reds and blue-green. Red heart, blue ocean. A vivid Australian palette that can be embraced without cringing.

I double love that the vinyl is deep, Pacific blue and that the label picks up the red-blue motif of the cover.

I love the occasional step-forward into vocal territory that deliciously evokes a garage Stereolab.

I love that after a four-year gap since this terrific 2013 release, Beaches have just released a new album.