Getting ready for a Record Fair used to be quite a stimulating process. Organising and pricing the records, loading up the car for an early start, lumping eight 20 kg crates of vinyl into a big draughty hall… OK, it wasn’t all enjoyable, but there was a small jolt of anticipation when you were finally set up and could browse other traders’ wares before the doors opened to the public.

That was twenty years ago and it must be confessed that the thrill—as BB King so trenchantly observed—has gone. Still, last Sunday I girded my loins for the umpteenth time, packed the plastic boxes and headed off to the undulating suburbs of Box Hill where the imposing Town Hall was once again the go-to venue for scores of men (mostly), of middle age (primarily), each with a smouldering desire to accumulate (yet more) vinyl.

Last Sunday was the first really warm day in a very patchy Spring, which did nothing to diminish the nagging sensation inside this veteran stall-holder that he would rather be somewhere else.

When I had organised the stock and draped a sheet over the crates (signifying ‘Not open yet’, a convention generally honoured— somewhat surprisingly—by a tribe who would gladly hip-and-shoulder their own grandmother if she stood between them and a rare Japan-only Deep Purple LP) I took my customary wander to find treasures and bargains concealed in endless crates bending the spines of a hundred trestle tables.

There were few treasures and even fewer bargains. In this part of the world the vinyl revival has seen prices go through the roof. And I do mean the lofty ceiling of a venerable civic hall. When I flicked through a box of ‘$5 Bargains’ and found only Harry Secombe, Kamahl and other worthless Charity Shop dross I was ready to pack it in before the doors even opened.

After a good self-talking to, I slouched back towards my stall. There may have been sighing. But my sagging spirits lifted when I encountered an old acquaintance.

I’ve known Jesse since he was a music-mad schoolboy, then an artist, musician, teacher and family man. He’s a lovely chap, and told me that his band, New War, had a gig at an upcoming Halloween concert at Melbourne Town Hall. How exciting! I was too embarrassed by my mid-life sloth to disclose that I almost never go out mid-week (or any other part of the week, for that matter) but heartily wished him a good day’s vinyling. At this point, Jesse admitted he, too, was behind a table, helping his mate sell a large collection of almost-new vinyl reissues. ‘You should check it out,’ he said. ‘There’s some good stuff’.

And there was. Apparently, the former owner had bought up big—we’re talking hundreds of new records—during the West Australian mining boom but with the downturn in demand for mineral resources, he’d been forced to liquidate his substantial holding. How sad, I thought, elbowing a few Grannies out of the way as I made a bee-line for the stall.

Cutting to the chase, five out of the six albums I purchased during the day came from Jesse’s friend. They are all re-issues—who can afford originals? Who really cares?—and comprise a pleasantly diverse haul.

The outstanding debut from 1972 opens with the band’s biggest hit, ‘Go all the way’. That single is power-pop perfection, but the rest of the album is pretty damn good too. Eric Carmen and Wally Bryson were responsible for most of the songs, which range from the outright rocky to more syrupy offerings pointing the way to Carmen’s solo career. But this opening salvo of Brit-influenced pop is just fab.

I have a CD with this and their second experimental proto-electronic pop album but listen to it rarely. Although many rate Silver Apples highly, I’ve not really discovered the key. Yet I bought it anyway, partially for the wonderful cover and partially in the hope of uncovering Silver slivers of delight.

Created as part of the divorce settlement with his estranged wife (the sister of Motown boss Berry Gordy), Here, My Dear is a sprawling but utterly engrossing combination of sadness, bile, and soul. An essential part of the sound stage are the analogue synths—both warm and alienating—making an unusual but effective duet as a great singer exposes the dissolution of his marriage. 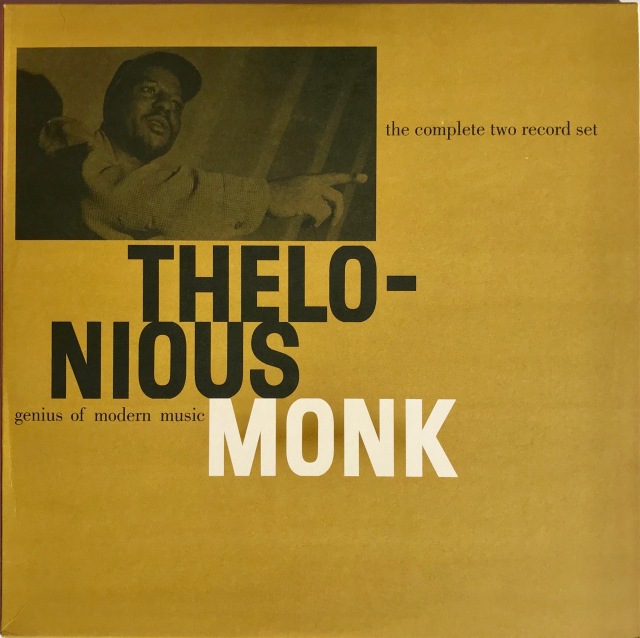 Monk was almost always interesting, but never more exciting than these early sides from the late forties, Monk’s earliest sessions as leader. We have versions of many of the pieces that define both the pianist’s career and indeed jazz itself. A cornerstone album.

My old mate Steven loves to rile me by calling the krautrockers Amon Dull. There’s nothing dull about their debut album. It’s a swirling freakout mind-frier of a record. The cover made quite an impression on a young Julian Cope:

I was 13 and standing in Tamworth Woolworths. I was with my Welsh Grandfather, whom I asked about the meaning of Phallus Dei. “Bloody Hell, Don’t tell your mother,” he snorted. “That means God’s cock!” (Krautrocksampler, page 13)

A life-changing moment for Master Cope; for me, another episode in the long-running ‘Vinyl Buy-back’ program. Happy to slide a protective plastic sleeve onto this one. 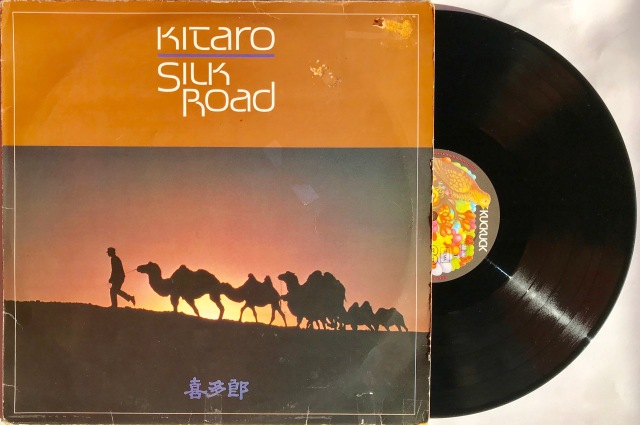 In the rambling trash and treasure* world of the Progarchives site, debate raged for years about whether Japanese musician Kitaro was Electronic (and thus deserving of inclusion) or New Age (banishment into the aether). In a way, he is both. Sweet melodies and gentle electronic waves flow through his albums like prismatic sprays; relaxing and pleasant if it’s your cuppa herbal tea.

* My friend Michael, writing as AussieByrdBrother, makes a major contribution to the treasure side of the ledger via his cornucopia of insightful reviews.

Any of these titles you’d like to read more about?