It’s an album that looks both forward and backwards yet is entirely of its time.

Infused with a spirit of exploration, it manages to sound uncertain and confused.

A new player is feeling his way while the ghost of a departed leader haunts every groove.

Pink Floyd manager Peter Jenner was convinced Syd Barrett was the core, the creative heart of the band. But by late 1967 even he could see Barrett was struggling, not just with playing music, but with life as we know it. Where was the follow-up to their successful debut album going to come from?  And just as importantly, how could the live shows be improved? Trippy and meandering was one thing, totally shambolic another.

They’d go on stage and they wouldn’t know what songs he’d play. And you just didn’t know where he was going to go with a song… He might just play the same song for forty minutes—and the same note all the way through it. They’d have to keep waffling away while he’d play the same note, boing… boing… boing… boing… for ages and ages. As it became obvious that he was deeply disturbed, we had to accept that we couldn’t reasonably expect the others to go on working with him as before. [Schaffner, p.103]

The story goes that Nick Mason secretly gave the heads up to David Gilmour after another chaotic gig. “Would you be interested…” 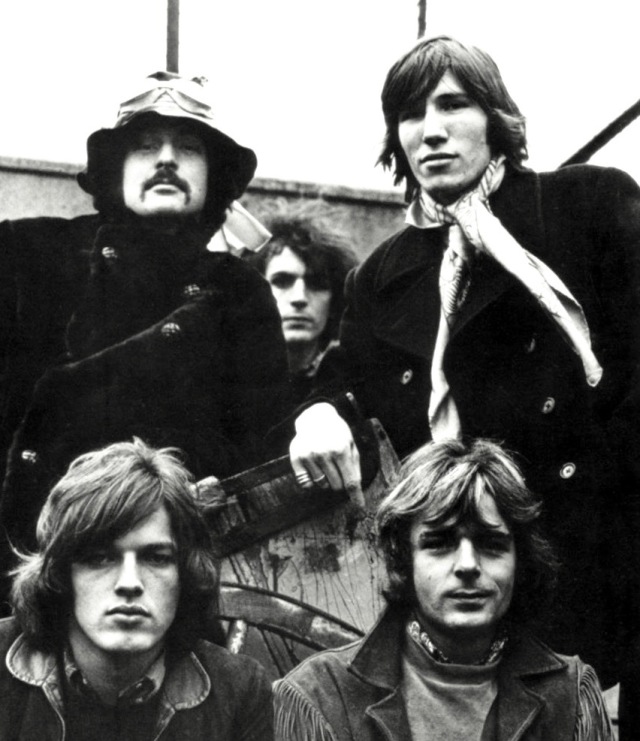 The 5 piece line-up [Photographer unknown. Please advise if you have info]

Jenner, meanwhile, was insistent Barrett still had much to offer. A kind of Brian Wilson/Beach Boys scenario was proposed where Syd stayed home and wrote songs while the band played live. And it was indeed while en route to a gig at Southampton University in late January 1968 that the three founding members and new addition David Gilmour decided to simply not pick Syd up.

Despite being casually left out, Syd continued to spasmodically turn up to gigs, sometimes to the discomfort of David Gilmour. The guitarist was clear in his own mind that Syd was not right in his. As he told NME in 1974,

It wasn’t just the drugs—we’d both done acid before the Floyd thing—it’s just a mental foible which grew out of all proportion… We all felt he should have gone to see a psychiatrist, though someone in fact played an interview he did to R.D. Laing, and Laing claimed he was incurable. [Schaffner, p. 105]

Another story has it that an appointment was actually booked with the famous psychiatrist but that when the taxi arrived to take Syd, he simply refused.

With EMI getting impatient for another record and the ‘new’ quartet clear that they would carry on without their founder, an announcement was made to the press on 6th April 1968 that Barrett and Pink Floyd had parted company. 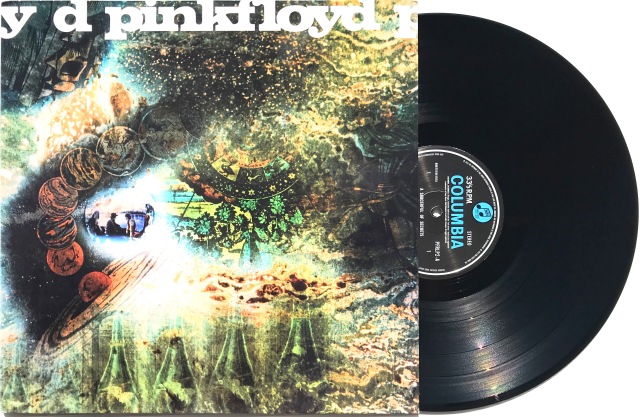 Yet Syd does have a presence on the album that would eventually be named A Saucerful of Secrets. Unreliable memories have him playing guitar on several songs; what is clear is that the band ceded the last word to their crazy diamond on the LP’s final track, “Jugband Blues”.

Given the back story, it was (and remains) a haunting close.

It’s awfully considerate of you to think of me here

And I’m much obliged to you for making it clear

That I’m not here.

And I never knew the moon could be so big

And I never knew the moon could be so blue

And I’m grateful that you threw away my old shoes

And brought me here instead dressed in red

And I’m wondering who could be writing this song.

I don’t care if the sun don’t shine

And I don’t care if nothing is mine

And I don’t care if I’m nervous with you

I’ll do my loving in the winter.

And the sea isn’t green

And I love the queen

And what exactly is a dream

And what exactly is a joke 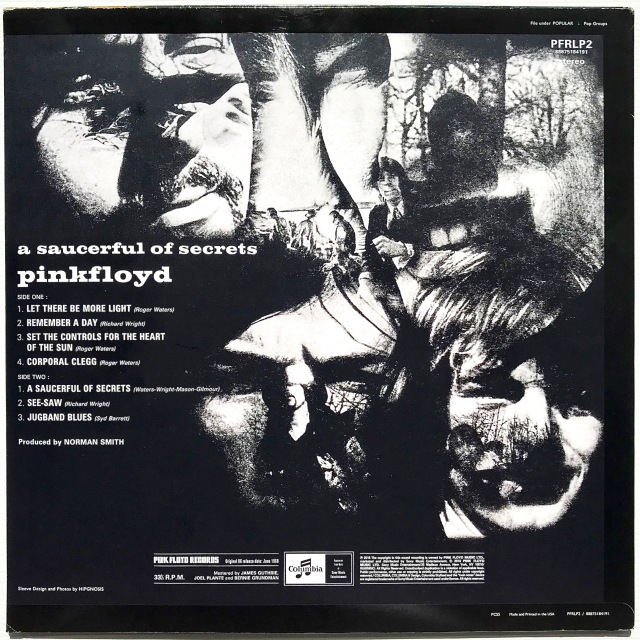 Back at the beginning of side one, A Saucerful of Secrets opens with Roger Waters “Let there be more light”. A spacey, churning instrumental beginning morphs into a psychedelic sixties sound that certainly captures the essence of the band at the time; ethereal, somewhat ominous, teetering on the edge of formlessness.

“Remember a day” is a Richard Wright song that he does not remember with kindness. “I cringe at some of my songs” he said of this one. But that’s a little harsh. Anyone who is a fan of the rather wonderful psychedelic Stones album of the previous year (“Dandelion”, in particular) will enjoy “Remember a day”.

But if Floyd fans single out A Saucerful of Secrets for anything, it’s the long, exploratory songs “Set the controls for the heart of the sun” and the title track. The first of these was played regularly and lengthily in concert, while the latter was assembled in the studio—an important development for a band who would become more and more studio-orientated in the next decade. I still find the chord progression of the final section quite moving.

Elsewhere, Waters obsession with war and the military finds its first expression in the ghastly “Corporal Clegg” with its ridiculous kazoo break and knees-up finale while Wright’s other contribution, “See Saw” is forgettable. Apparently its working title was “The most boring song I’ve ever heard bar two” [Schaffner, p.126].

Then we are back to “Jugband blues” again, closing out an album that is transitional yet interesting. As to what is a dream and what, exactly, is a joke, in the end each listener must decide. 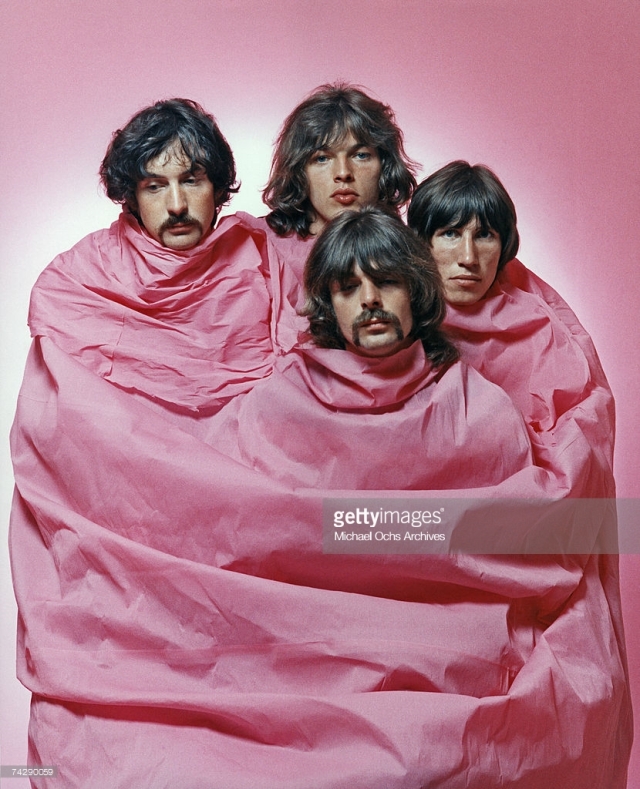