Most of the discography of Johannes Kepler was produced in the early sixteen hundreds. His first producer, Prince Hans Ulrich von Eggenberg, helped him move beyond teaching to become a major player in the scientific revolution of the 17th-century.

Kepler’s early genre was mathcore, though he dabbled in spiritual jazz (astrology) and progressive rock (astronomy). In keeping with the times, a Christian theme runs through much of his work. A collaboration with space rock pioneer Tycho Brahe was hugely influential, especially later for Kepler’s sci-fi concept album. Kepler also jammed with Galileo, but they never recorded together.

The first major album Kepler released was Mysterium Cosmographicum (The Cosmographic Mystery, 1596), defending the work of Copernicus. Kepler was very keen on a model of the solar system based on polyhedral shapes, suggesting his generative role in fantasy role-playing games has been severely under-estimated.

Landing the gig as imperial mathematician was good news for Kepler. His primary duty was the creation of horoscopes for Archduke Ferdinand (and anyone the Emperor pointed at). It was a good time for Johannes, who worked on the Rudolphine Tables and one of his biggest hits, describing the Inverse-square Law governing the intensity of light.

There were other major releases, but one stand-out is his Somnium (recorded around 1611, but not released until after his death). Considered by many to be one of the very first science fiction stories, it tells of Duracotus, a lad who studies astronomy with Tycho Brahe (sound familiar?) before returning home to his mother, who happens to be a witch with an interest in astronomy too. What’s more, she knows how to summon daemons, spirits able to transport young Duracotus to Levania, the Earth’s moon. The daemon tells him that Levania is “fifty thousand miles up in the aether” and that the daemons can take him there in four hours. “Bring it on!” shouts Duracotus, in Latin. 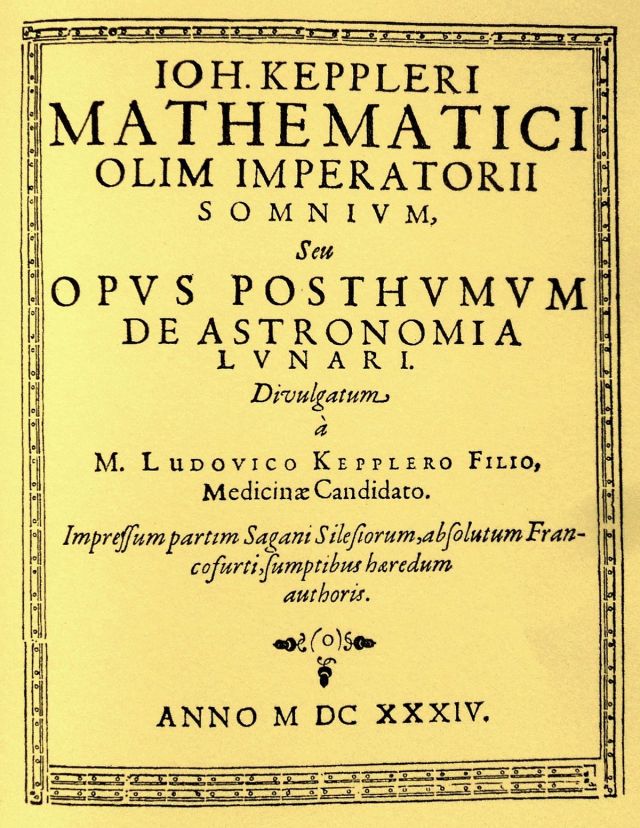 There follows an adventure on the moon wherein the inhabitants explain lots of interesting aspects of their planet and lifestyle, including their abhorrence of sunlight. To avoid the dangerous rays they live on the dark side of the moon, which is why we knew nothing about them until Pink Floyd.

Kepler ends the story abruptly with the rather hackneyed “I’ve-run-out-of-ideas” stratagem “…and then I woke up”. Although it probably wasn’t so unoriginal four centuries ago.

Louis F. Davis—aka “Chip” Davis—was born and raised in Ohio. He graduated from the University of Michigan music school, majoring in bassoon and percussion. Chip worked as an advertising jingle writer, teaming up with William Fries—that’s right, Chip joined with Fries—to pen the #1 CB radio hit “Convoy” which they recorded as CW McCall.

American Gramophone records are noted for their excellent recording techniques and overall sound quality. People often buy them for the sound rather than the music. One particular genre where the Steamroller has been very successful is Christmas Music. It seems that pressing classical stylings, rock voices and festive tunes into crystalline recordings has resulted in sales in the tens of millions (according to the Wikipedia page on Mr Davis, citations needed).

I first heard Mannheim Steamroller when I worked in the Record / Hi-Fi shop, where the crisp drum sounds and vibrant dynamics were ideal for demonstrating our better sound gear. Back then the music didn’t do much for me. I was into King Crimson’s Red so it seemed old-fashioned and safe. Sounded great, though.

What made me purchase Fresh Aire V, not long back?

Certainly not the announcement on the front cover that Chip Davis’s trio was accompanied by London Symphony and the Cambridge Singers. That combo has the deadly whiff of MOR and dinner jackets about it. Neither was it familiarity with the two Mannheim Steamroller albums already in the VC hoard. I don’t really know them well, and only think of them when I’m contemplating auditioning new speakers, an activity that occurs every fifteen to twenty years, or thereabouts.

Was the pull a lingering audiophile hangover, an after image arising from the new turntable of 2016?

Then again, a glance at the back cover revealed Fresh Aire V (1983) to be a concept album. The inveterate prog-head in me simply can’t resist a concept album. And what a curious notion: an album of two halves, “To the moon” and “On the moon” inspired by the story Somnium by Johannes Kepler.

Beam me up, Spirit.

Things open angelically with the Cambridge Singers doing a fine Abbey chant (“Lumen”) before the medieval synth-rock trio kick in with “Escape from the atmosphere”. It has to be said that this sounds less like Rick Wakeman than The Alan Parsons Project. Allmusic said that, and I pretty much concur. If that’s your cup of keyboard, you’ll love V.

“Dancin’ in the stars” is a pretty tune laden with orchestral flourishes, while side two leads off with “Z-Row gravity” (see what Chip did there?), an exploratory synth piece that sounds like Vangelis messing about in the BBC Radiophonic Workshop—one of my favourite tracks here. “Earthrise” is quite epic in a soundtracky way… Chariots In Space, perhaps.

This is a well-played, beautifully recorded and thoroughly polite album. Yet there is a certain charm that makes me think I’ll drag this out now and then, perhaps when I want a lush, comfortable trip to the lighter side of the moon or the morning after a dream about space daemons.

* Gilbert Williams did the artwork for I Am The Centre, the 3 LP Light In The Attic compilation reviewed here.