After a breakthrough year in 1967, Aretha Franklin surged into 1968 with Lady Soul, a flat-out classic that hit the shelves in January of that year.

Aretha had a way of making a song her own. Didn’t matter who wrote it—male/female, black/white, pop/R&B—made no difference to the Queen of Soul. When Aretha sang a song it stayed sung, and her version often became the one burned into your neurones and your heart.

Lady Soul opens with the bluesy shuffle of “Chain of fools”, though those descriptors undersell the tension, the insistence of the delivery. A couple of songs later we have the Curtis Mayfield classic “People get ready”. It’s been said before by committed unbelievers, but for that three-and-half minutes, I’m there. I’m churched. Not the doctrine, but the humanity; the compassion, the musical connecting tissue that flows out of the speakers and will melt the hardest heart. But this is not soppy; the song was a civil rights anthem, a powerful and passionate statement of the need for movement, for change.

You don’t need no baggage

You just get on board

Two tracks further on, Aretha takes the Carole King (King/Gerry Goffin/Jerry Wexler) classic “(You make me feel like) A Natural Woman” and just nails it. The song became a staple for Franklin; she continued to perform it deep into her career (see below) and its message of renewal, of growth, of… the juice of life! transcends any boy-girl romance story.

The album closes with an Aretha composition “Ain’t no way”, a soul ballad, simply arranged, that showcases a peerless voice and a timeless presence. 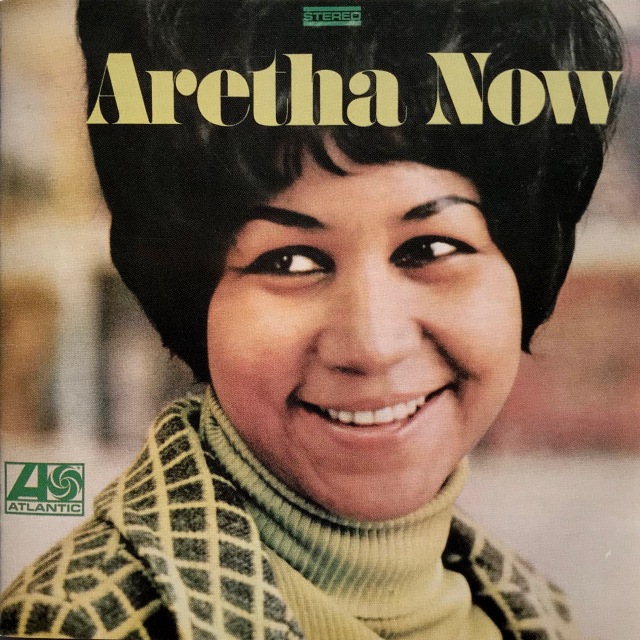 Aretha Now also contains ten songs and lasts a slim half-hour, and, like Lady Soul, is also a stone classic. Well, it opens with “Think” and it’s pretty hard to imagine topping that, isn’t it? Powerful, sassy, not taking a backward step on her right to be respected, there’s gonna be no gaslighting of Aretha. (If you are unfamiliar with the song, seek out her righteous version in the Blues Brothers film).

Then we have the Bacharach/David gem “I say a little prayer” followed by “See Saw”, which has a rockin’ R&B groove. Elsewhere there’s steamy version of “Night time is the right time”, a thoroughly cheerful take on Sam Cooke’s “You send me” and the assertive “A Change”. She’s expecting her man to step up and he damn well better if he want’s to stay on the scene. But contrast and versatility were Aretha’s hallmark, and Aretha Now ends with the heartfelt “I can’t see myself leaving you”, doubly poignant as the singer’s marriage was on the rocks at the time.

Both of these albums were US R&B #1 hits, and both made top five on the pop charts too. That’s a stunning achievement. Listening now, they are both fabulous testaments to one of the truly great singers of all time.

It is very rare that I suggest people do something, but in this post I’m making an exception. If you are someone who loves music, respects Ms Franklin’s contribution, and desperately needs hope in a hopeless world, consider taking a moment to visit JDB’s blog Augenblick. I think you’ll consider it ten minutes well spent.

After that, I guarantee you’ll want to listen to more Aretha Franklin.

Don’t need no ticket, you just get on board. 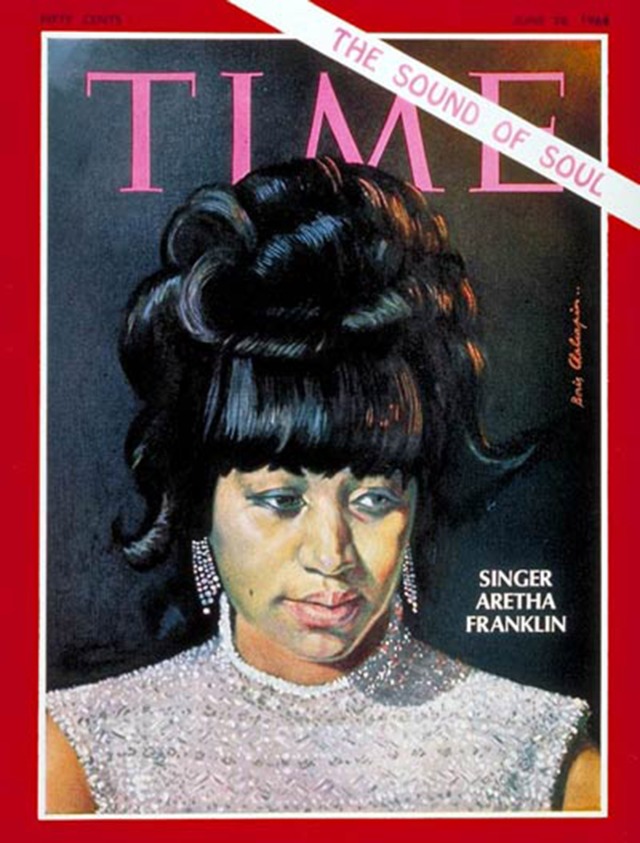