BREAK DOWN THE WALL

When Mr Discrepancy Records mentioned a piece on The Wall, I confess my heart sank just a little. Although Pink Floyd are a lifetime favourite artist and my collection comprises well over fifty albums, Roger Waters’ 1979 psycho-drama is one I rarely reach for. This will stretch me, I thought. But the boss had not finished. Roger Waters The Wall Live In Berlin, he continued, has been re-issued on clear vinyl.

Relief; excitement even. Why? Because this concert extravaganza staged between the Brandenburg Gate and Potsdamer Platz is my favourite iteration of the Pink Floyd album. Let me tell you why, after a brief introduction to the project. 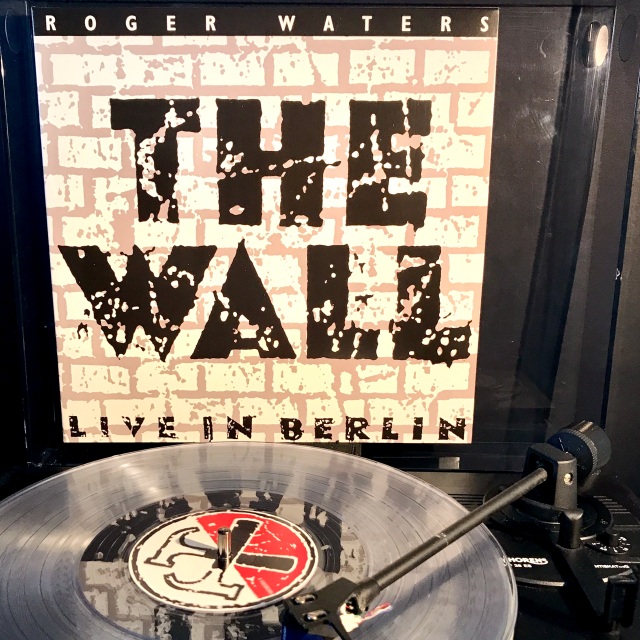 Crammed with guest artists, both musical and ‘other’, the performance breaths fresh life into the Pink Floyd opus. From the moment German heavy rock outfit Scorpions roar onto the stage and smash into “In The Flesh” you know that this is no ordinary performance. Sure, not everything works; having Cyndi Lauper squeak “Another Brick In The Wall (Part 2)” was perhaps not the strongest option, while Jerry Hall’s brief cameo is best forgotten. But the good bits are very good indeed. Joni Mitchell—backed by The Band—presents a touching version of “Goodbye Blue Sky” while Sinead O’Connor singing “Mother” is astonishingly strong. So too is Van Morrison’s rendition of “Comfortably Numb”. And whether you like Bryan Adams as a pop-rocker or not, he absolutely nails “Young Lust”. Oh, and let’s not forget Roger himself (with Snowy White on guitar) — the pair are burning with passion. 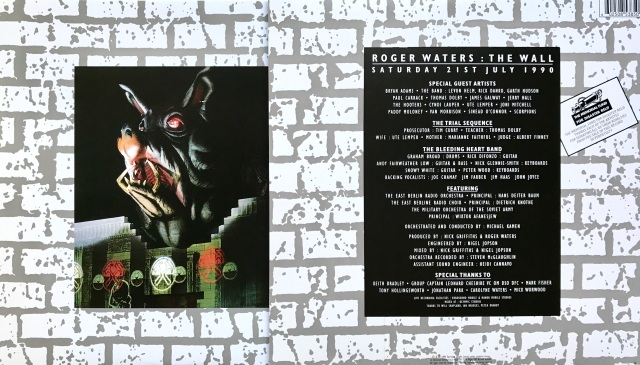 Near the end, the melodramatic “Trial” sequence is performed with appropriately histrionic intensity, after which—just when you think it’s all over—there is an unexpected but moving encore. The entire company perform “The Tide Is Turning”, the standout track from Waters’ 1987 album Radio Kaos. This rousing finale lifts the event—and indeed, the album—out of the downbeat tone of the original and genuinely embodies a hope that is needed now even more than when the wall came down over three decades ago.

There are many versions of The Wall but musically, Live In Berlin is my favourite. The variety of voices, the interesting arrangements, and the expansion of the story from claustrophobic psychodrama to global statement make it very special indeed.

Readers interested in the writer’s history with Pink Floyd’s Wall are invited to (re-)visit this story.