MAMA WAS A ROLLING STONE

Through much of the 70s I worked part-time (Friday nights, Saturday mornings) in a small suburban music and electrical goods shop. As mentioned previously, the eponymous owner-operator of Max Rose Electronics was a decent man making a modest income in a shopping strip with no less than four stores competing to meet the music needs of the good burghers of Bentleigh.

The back half of the store was where the stereos and sound gear sat. After a suitable apprenticeship I was deemed experienced enough to attempt to sell these big-ticket items. An HMV ‘3-in-1 for $299? Certainly sir! 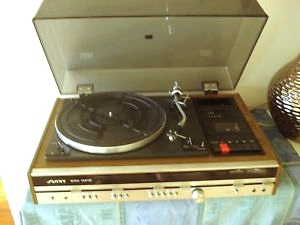 The front half of the narrow shop had record racks down either side. On the wall above the LPs were rows of cassettes while below, in cabinets with sliding glass doors, were displayed personal products (left side) and small appliances (right side). What sort of personal products? Pretty racy ones, I can tell you. Here’s a selection:

You probably spotted the commonality. We were embracing the Electric Age.

The appliances were all those you’d expect: toasters, kettles, electric knives. And transistor radios, of course. Is it any wonder I got into music?

And is it any wonder that the full-time salesmen tended not to stay long? During my tenure there was a rotating cast of blokes who worked for Max for a while, then moved on. Couldn’t hack the hot rollers, I guess.

Sam Condotti was an Aussie-Italian who drove his automatic Holden Premier as if it was a manual. Neither before or since have I experienced someone who used the low gears of the auto shift with such dexterity, particularly when he was pulling out into solid traffic.

“Always pull out in front of an expensive car, Bruce,” Sam’d say as we screeched out from the curb into the path of an on-coming Mercedes. “They don’t wanna crash their rich-shit auto.”

Mostly he was cheery, though he got a little stressed as his wedding approached.

“The Mothers,” he sighed. “They break your balls”.

Sam was quite in touch with his dangly bits; when not threatened by matriarchs they were also a reliable source of meteorological information.

This tended to be the end of most weather conversations.

Anyway, Sam did get married. (I was invited. It was massive). Soon afterwards he needed more money and moved on from the shop.

After Sam’s departure Max experimented with hiring a woman. Maureen was pale with long brown hair. Somewhere in her early thirties, she had worked in many different settings but was much less chatty than Sam. Or perhaps she was friendly but I was too intimidated by her grown-up femaleness to respond. One thing Maureen did achieve was the introduction to Max Rose Electronics of new music. She liked soul and funk and during her brief stay our stock of Tamla Motown, Stax, and the funkier parts of the Atlantic catalogue grew.

One song in particular made a deep and lasting impression. It was The Temptations epic ‘Papa Was A Rolling Stone’ from their 1972 album All Directions.

One Friday evening Max had to attend a family function. Maybe something to do with the Bar Mitzvah of one of his sons. I don’t know, I wasn’t invited. Maureen, being the full-time staff member, was given the task of locking up at closing time. Unusual, but not unprecedented. Something that was quite unprecedented, however, was that Maureen offered me a lift home. Though slightly surprised by this concern for my well-being I gratefully accepted as the two kilometre walk was not something to be relished on a winter’s night. So it was, a little after 9:00 pm, that I stood in the darkness outside the shop entry while Maureen turned on the alarm and locked the door.

When I got home I put on the copy of All Directions I’d been paying off on layby for the past few weeks and immersed myself in a different musical world. Ignoring the dance-worthy energy of ‘Funky Music Sho’ Nuff Turns Me On’ and the sneering provocation of ‘Run Charlie Run’ (The niggers are coming!), I went straight to the album’s centrepiece: ‘Papa Was A Rolling Stone’.

From the mesmerizing opening bass / high-hat groove through the whole unfolding domestic saga to the final fade, this was an instant soul funk classic that has rarely – if ever – been equalled.

Initial tension is built through groove and space. The strings nestle behind the firmly strummed wah-wah guitar chords; the trumpet enters with a rising flourish while strings and electric piano sweeten the mix. When the vocal enters at the 4 minutes mark you notice that you’ve been holding your breath. And what an opening couplet:

It was the third of September, that day I’ll always remember

For that was the day that my Daddy died.

The son never met his Father and now he’s dead. The only way he can get some connection, some closure, is by asking his Mother. Their Mother. For here is a family of boys, all wrestling with loss, shame, confusion.

In the second verse, an arpeggio of voices pleads for answers. Who was our Dad? What was he about?

The instrumental breaks combine echoing trumpet lament and funky hand-claps. For a moment a picture emerges of a jaunty traveller sauntering down the road, carefree and independent. But he’s leaving, he’s always leaving. Deserting a wife, abandoning his children, leaving a legacy of bewildered sadness.

Mama has no answers other than the title. Her loneliness is crushing. The boys hearts are desolate.

All he left us was alone

Arriving at the shop just before opening time the next morning I was shocked to see the door covered in a piece of battered corrugated iron. Shards of glass and wood on the doorstep told the story: overnight, Max Rose Electronics had been burgled. It was the first time I’d ever seen evidence of violent entry and it rather unsettled me. Though probably not as much as it shocked Max, who looked distressed and angry as he spoke to a policeman inside.

With the police officer watching in silence, Max asked me about the previous evening. I told the story – there wasn’t much to say really – then offered to start cleaning up. It was a sombre mood in the shop that half-day. Just me and Max, both thoughtful and withdrawn. We both jumped when the glazier began smashing out the remains of the broken door pane.

As the full-timers never worked Saturday mornings, it wasn’t until the following week that I was going to be able to talk to Maureen about the excitement of the previous week. But come Friday 6:00 pm, the saleswoman was nowhere to be seen. Max said she’d got a job in Adelaide. I didn’t say anything. But I did ask if I could put another record on lay-by. After the Goldrush by Neil Young. 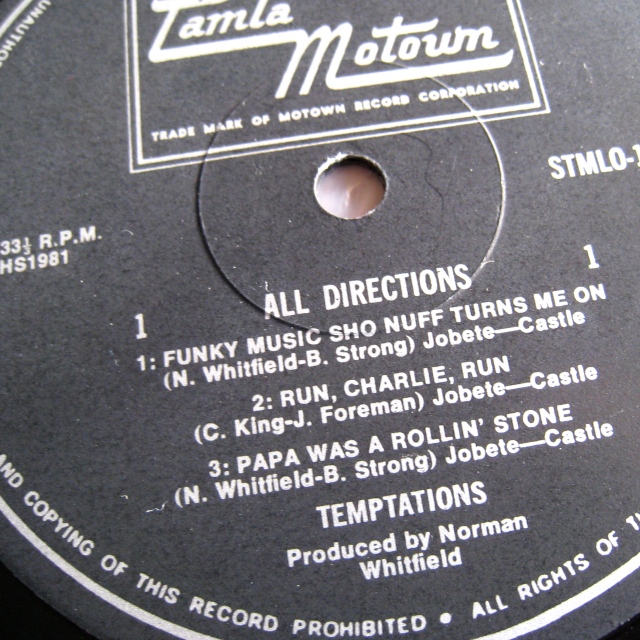 More on the album All Directions at Wikipedia

If you do not know the full album version of the song, grab some headphones and set yourself down…