STITCHING TOGETHER JAZZ, ROCK AND FUNK

When Miles Davis went electric at the end of the 60s he may not have actually ‘invented’ jazz-rock (or fusion, if you prefer) but he certainly plugged some serious voltage into it. What’s more, the musicians who played on the seminal Miles albums In a Silent Way (1969), Bitches Brew (1970), and Jack Johnson (1971) went off in a shower of sparks, starting musical spot fires with bands and solo work fusing jazz and rock audiences. The Mahavishnu Orchestra, Chick Corea’s Return to Forever, Weather Report, Herbie Hancock, Keith Jarrett… all were influenced and inspired by that highly charged Miles Davis environment.

Drummer Billy Cobham (b. 1944) appeared on one track of Bitches Brew and played on Jack Johnson before connecting with John McLaughlin to form the Mahavishnu Orchestra. His first solo album was recorded and released while he was still in that troubled but brilliant band and his career has continued prolifically: Mr C has released more than 45 albums as a leader.

And so (drumroll please…) we present, for the edification and enjoyment of Vinyl Connection associates, reviews of the first three Billy Cobham solo albums… (cymbal crash!)

What a launch pad for Billy Cobham’s solo career. This energetic and hugely enjoyable fusion cornerstone opens with the tearing guitar of a young Tommy Bolin (later of Deep Purple) and the propulsive thrust of Billy’s kit. When ‘Quadrant 4’ finishes with a cymbal crash the natural response is ‘Whew!’ There are drum solos sprinkled throughout the album but as these show much light and shade and are mercifully short, even those who shy away from drummer indulgences will find these interludes diverting. Jan Hammer’s keyboard work is varied and supports the jazz-funk-rock grooves effectively. Joe Farrell and Jimmy Owens provide horn breaks and the bass playing by Lee Sklar (or Ron Carter on two tracks) locks in behind the leader’s percussion. There is a timeless positive energy to Spectrum which makes it as enjoyable and relevant now as when it was released in 1973. 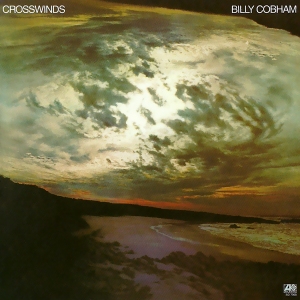 After the tearing rock-jazz of his first solo album, Billy Cobham mellowed out somewhat on his second, with pleasing results. The theme of the album is nature and the increased use of horns – especially the trombone of Garnett Brown – adds a more organic feel. Some comparisons between Crosswinds and Billy’s first solo outing are unavoidable. George Duke provides electric piano and other keyboards with more subtlety than Jan Hammer. Similarly, John Abercrombie’s very tasteful guitar work is rich and interesting if less pyrotechnic than Tommy Bolin’s on Spectrum. Even the leader’s drumming is less aggressive, though no less powerful. Studio effects are employed to add colour, such as the ‘phased’ solo on the ‘Storm’ section of the side-long suite ‘Spanish Moss’. Perhaps there is a stronger funk-feel on this album; certainly ‘The Pleasant Pheasant’ swings it’s feathery ass off. With the Brecker Brothers horns providing propulsion throughout, Crosswinds is a very satisfying and enlivening listen. Could this be a disc that combines jazz, rock and funk successfully? Definitely worth seeking out to form your own opinion.

It is still 1974 and Billy Cobham has turned thirty. To celebrate he released a second fabulous fusion record, Total Eclipse. Whereas the previous album has a ‘sound portrait’ feel, Total Eclipse is much more composed and arranged. It is a more complex album with enhanced textures and an ambitious musical vision. One similarity with Crosswinds is an opening suite. ‘Solarization’ is over 11 minutes in length with five sections. A prominent difference is an early solo by pianist Milcho Leviev… on acoustic piano! The next thing that hits is how John Abercrombie has beefed up his attack. His guitar solo in the ‘Voyage’ section of the suite makes one wonder whether he was stung by the comparisons to Tommy Bolin following his work on Crosswinds – here he is fiery and focussed. His final solo on ‘Moon Germs’ is a ripper.

There are the expected funkier work-outs and even some humour… Billy elbowing out a drum machine on ‘Bandits’. Another longer piece – ‘Sea of Tranquillity’ – dominates side two and contains some nice spacey analogue keyboards before the album concludes percussively with ‘Last Frontier’. To my ears Billy Cobham delivers on his promises here: the album is complex, rocky, funky and very satisfying over repeated listens. When I began this review, I was expecting a solid three or 3 ½ stars, but on reflection it is better than that. Total Eclipse is good entry point for ‘prog’ devotees wishing to sample fusion or for existing jazz-rock fans to recharge their batteries.

Regular readers will know about the suburban shop I worked in for a number of years in the 70s and early 80s (most recently featured in this Tempting piece). But Bentleigh was liberally endowed with music shops – there were no less than four – and one of them sold second-hand records. For a boy on a budget this was good news and well worth the walk from Max Rose Electronics at the east end of the strip, down Centre Road, over the railway line, to Bentleigh Sewing and Records down the mild west end where retail merged back into suburbia.

Sewing and Records. Not the most obvious combo of products and one having very little overlap in its customer base. At the front of the store were closely packed avenues of little tables, each with an electric sewing machine either proudly displayed or hiding shyly under its protective cover. As music buyers wove through the maze of machines they entered a twilight zone of cottons and cassettes before squeezing into the even more tightly packed zone of vinyl.

Just as the record racks were jammed closely together – you almost had to turn sideways to sidle down the narrow pathway to the second-hand bins at the back – so each rack of LPs was full to overflowing with albums. Pop, rock, easy listening… all the expected genres rubbed shoulders in the bins. In addition, one of the specialities of Bentleigh Sewing and Records was obscure jazz and blues. The proprietor, a kind and gentle man named Jim McManus, imported them from the US for a small but fiercely loyal band of pre-war music aficionados.

Not having much call for coloured cottons or dress-making implements, I went straight for the second-hand LPs. It was in this chaotic rear section that I bought my first long-player (Atomic Rooster, since you ask), found my copy of The Beatles White Album, acquired my first jazz record (Wes Montgomery on Verve) and took a punt on Spectrum, an unknown album by the drummer from an exciting band I’d recently discovered, the Mahavishnu Orchestra.

It was hard work going through this disorganised rabble of records but I regularly rolled up my sleeves for the task. So regularly, in fact, that when I proposed to Mr McManus that he could employ me to impose some order on the chaos he actually agreed.

But that’s another story.