A Mundane Day In The Life …

Saved by its Jazz Soundtrack

Last night I drank too much red wine. It was the wine’s fault, not mine. Rich and deep, it warmed my veins and got inside my head. This morning its oak and tannins were hanging around my system in a fuzzy sand-papery way as the empty bottle and I shared awkward semi-sideways glances of intimacy regretted. What was I thinking of? What, in fact, was I listening to? Oh, Miles Davis Black Beauty (Live at Fillmore West, 1970). My head aches. It wouldn’t be fair to blame Steve Grossman’s yelping soprano sax or the generally scuzzy funk rhythms that pervade this live Miles outing; must’ve been the sulphites in the red.

Not feeling entirely robust, I sprinkle a little Paul Desmond on my breakfast cereal. Easy Living (1964) is what I need. Although he does often smooch dangerously close to Easy Listening, Desmond’s playing is dependably tasteful. With swinging contributions from guitarist Jim Hall, he eases pleasantly and skilfully through ‘Polka Dots and Moonbeams’ and other familiar jazz vehicles of the day. I’m gently shaken but not really stirred.

Polka Dots reminds me of a fave piano-man. I flip on Moonbeams by the Bill Evans Trio. It’s the one with Nico (of Velvet Underground fame) on the cover, back when she was a model and years before she met Andy Warhol. Moonbeams (1962) is an elegant set of ballads recorded with a new trio after a year’s bereavement leave for Evans following the untimely death of bassist Scott LaFaro. It is easy to hear a thread of melancholy running through the set, yet even without knowing the backstory it remains a superb example of Evans opalescent lyricism. I can feel my mood lightening under Bill’s elegant touch.

Time for a shower to physically freshen up. Feeling a need for some structure and order, I put on Under the Jasmine Tree by The Modern Jazz Quartet (1968). The fluid vibraphone runs of Milt Jackson and counterpoint harmonies with pianist-composer John Lewis splash around me. Connie Kay’s insistent cymbal in the opening ‘The Blue Necklace’ complements the tinkling water in an almost pleasing way. The chaos is ebbing.

Things to do. Better get a coffee happening. Who better to share caffeine-juice with than Jimmy Smith? The prolific organist – who released over 80 albums under his own name in a career that spanned almost half a century – was the jazz musician primarily responsible for popularising the Hammond B3 organ. Of this instrument novelist Michael Chabon wrote, “Diesel-heavy, coffin-awkward, clock-fragile” which nails the physical attributes but does not convey the versatility of a keyboard that can preach and pout, seduce and sanctify. Though I have only a measly dozen Jimmy Smith titles on the shelf, it’s still too much choice this morning so I close my eyes – not a difficult ask – and grab something at random.

The Sermon (1958) is a lucky dip indeed and does the wake-up trick with its preaching side-long title track. Lou Donaldson’s husky alto sax arcs in and out of the swinging flow of Jimmy’s Hammond. Kenny Burrell is his politely assertive self on guitar and Art Blakey sits behind the drums, right on the beat, powering the whole thing. Add ‘get up and testify’ trumpet from Lee Morgan and there’s the much-needed lift. 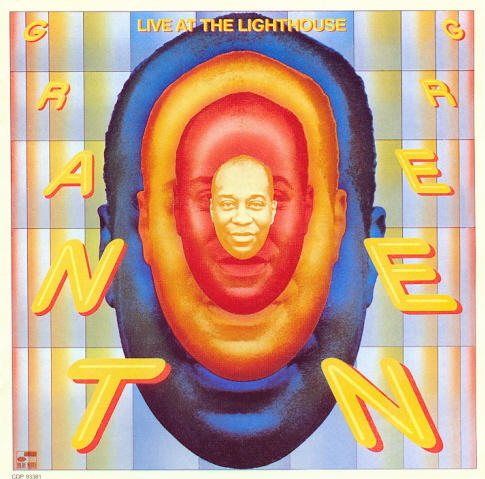 Heading off to complete a couple of errands, I choose something for the car. Automobile trips – even short ones – always bring out the need to groove. On this particular day I’m going for a guitarist well-known to aficionados of acid jazz: Grant Green. I grab the early 70s album Live At The Lighthouse, a rolling, steaming set featuring Wilton Felder of The Crusaders on bass. It works so well that I see an ominous flash as I groove through an amber traffic signal. Oh dear. This could be an expensive playlist. Luckily, I also brought 1965’s Matador, a quartet album with the outstanding rhythm section of McCoy Tyner (piano), Bob Cranshaw (bass) and Elvin Jones (drums). This is one of Grant Green’s best.

The opening title track is a Green original, a jaunty tune that provides a good starting point for solos from guitar and piano. Having a core of Coltrane alumni in your band might have been daunting but Grant steps up with an original interpretation of Coltrane signature tune ‘My Favourite Things’ that has everyone coming out the other end smiling. Tight ensemble playing, brilliant soloing, yet all pretty accessible. 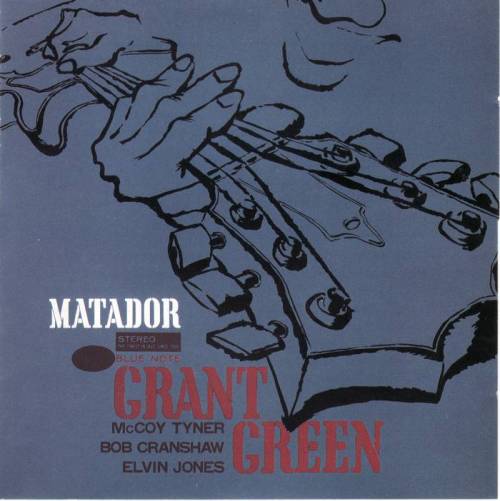 A rumbling that is not Elvin Jones’ drums tells me that it is time for some lunch. There is a new retro-styled café in the neighbourhood where they have 70s pop playing. As long as it isn’t ‘The Best of Barry Manilow’ (surely an oxymoron?) I guess I’ll survive for the duration of a toasted focaccia.

It must be my lucky day. I walk in to the sinuous Jaco Pastorius bass-line of ‘Birdland’. It’s catchy and clever and I hum along, foot-tapping to the joyous jazz-rock bounce. Nice. Probably just that one hit track. But no, it is the album: Weather Report’s ‘Heavy Weather’. A big seller in 1977 and that most unusual jazz beast: popular with fans and critics alike.

Joe Zawinul’s compositions and arrangements are tailored for everyday wear but manage to transcend the banal muzak of the era’s emerging jazz radio. Wayne Shorter’s sax may be subdued but it is still eloquent. Similarly, ‘Heavy Weather’ may not be as sonically questing as the early Weather Report albums but it has hit the spot today in this suburban café.

There’s still much to do, so perhaps another coffee to charge up for the afternoon. The activities will remain banal but the music promises to get feisty.

← MAMA WAS A ROLLING STONE
THE VINYL CONNECTION ANNUAL REPORT →