* ADDED TO THE VINYL CONNECTION COLLECTION DURING 2015**

** And whose music is terrific too!

This is the second part of what was going to be a quicky but quickly became an epic. 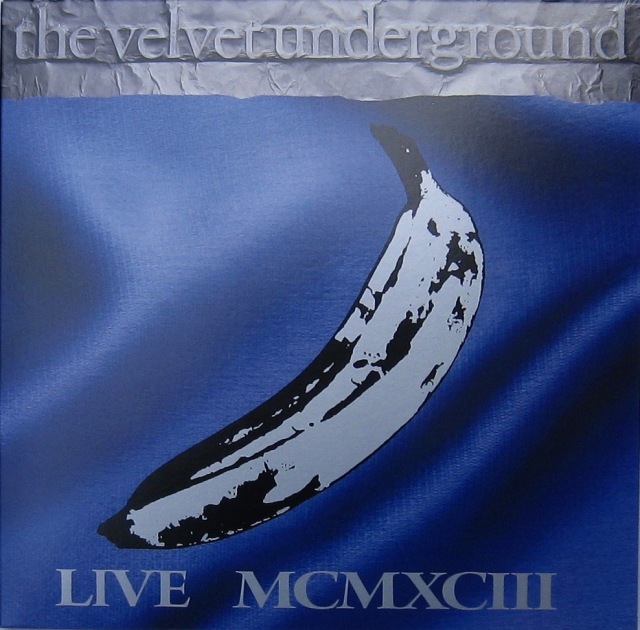 Having the double CD did not deter me from snapping up this 4 LP live set on beautiful blue vinyl, apparently a ‘Black Friday’ release from 2014. Haven’t listened to it yet, but my memory of the album (from twelve long years ago) is that it is well played, nicely recorded but maybe a little pointless. I suspect I’ll listen once (or twice, to satisfy the VC rules of engagement) then file under ‘Show off to any Velvets/Lou Reed fans who visit’.

The cover is a tasteful re-imagining of the original Warhol album sleeve (refresher here) that pleases rather than excites. A bit like the reunion. 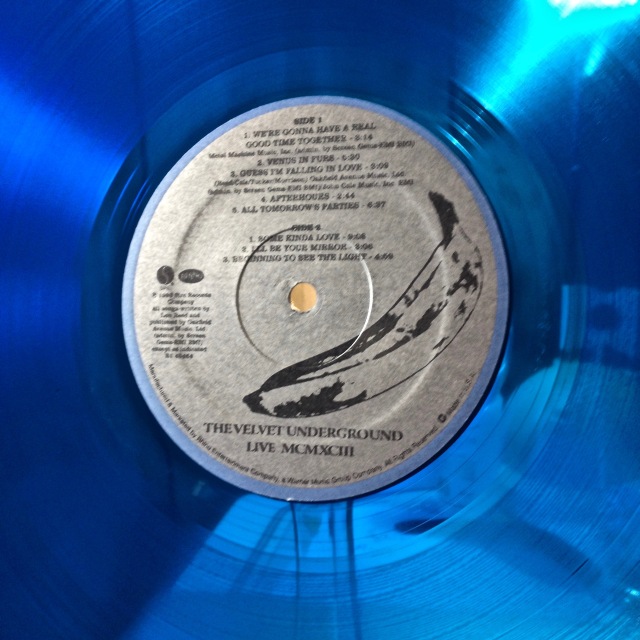 Two thousand and fifteen was the year the boy fell in love. Not with the ten-year-old red-head down the street but with something much more significant to his development: Star Wars. We watched the first trilogy, twice. We watched the prequel trilogy once. We booked tickets for the seventh instalment on its day of release. And we all wandered round the house singing the immortal John Williams theme. Obviously when I had a close encounter with the Meco album while digging, it was a ‘must have’. If you have a taste for 70s disco, the Star Wars suite is quite fun.

Despite my copy being a crappy Australian one with the wrinkly plastic foil adhering (or, more often, not) to the front, I like the cover a lot. The feel is 50s sci-fi paperback but with some camp New York Disco mixed in. I was delighted to note the credit to Suzanne Ciani on ‘Buchla synthesiser’ (an early pre-Moog synth). The other credits are quite amusing too.

Glitter up and boogie, space buddies, the Force is surely with us.

Have been listening to more twentieth century composed music this year. Here is a recent acquisition that is certainly interesting, though demanding. Hearing something recognisable as Western Art Music but using pianos tuned to quarter-tones (out of tune to our ears) is a disturbing experience at first. I kept wanting to check that the turntable wasn’t malfunctioning.

On side two is a piece using the wonderful early electronic musical instrument, the Ondes Martenot. If you like this sort of thing – I’ve requested one for my next birthday – check out this video.

The cover references the famous faces-vase illusion in an interesting way while presenting its Op Art credentials in bright bold 1967 colours. 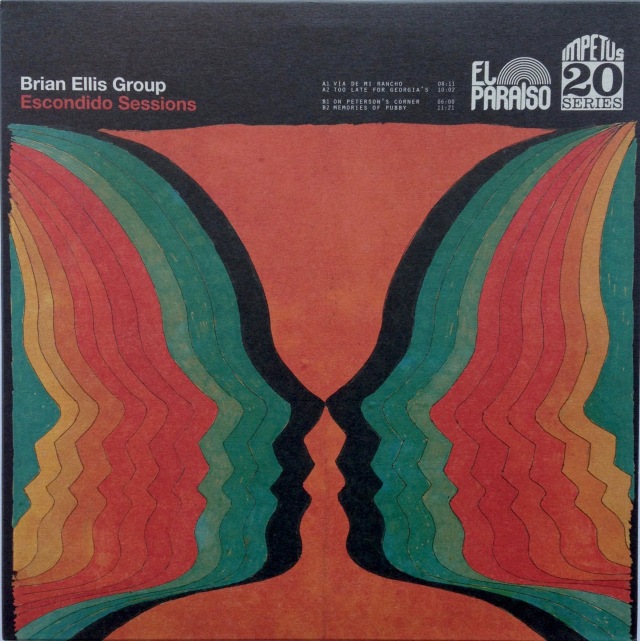 I got onto the El Paraiso record label via JHubner’s blog. The first artist I investigated was Jonas Munk (see below) but when I read John’s enthusiastic review of this album by keyboard player/composer Brian Ellis I ordered it pronto. Complex semi-structured Agharta-era Miles jazz-rock that really is loose but tight. [JH interviewed Mr Ellis recently; read it here.]

There is a clear design aesthetic at El Paraiso and I like that a lot. This cover – artwork by Jakob Skøtt – is a much closer facsimile of the face-vase figure-ground ambiguous shape illusion than the one above, yet similarly manages to flash its psychedelic references vibrantly. I like the organic imperfection of the illustration. 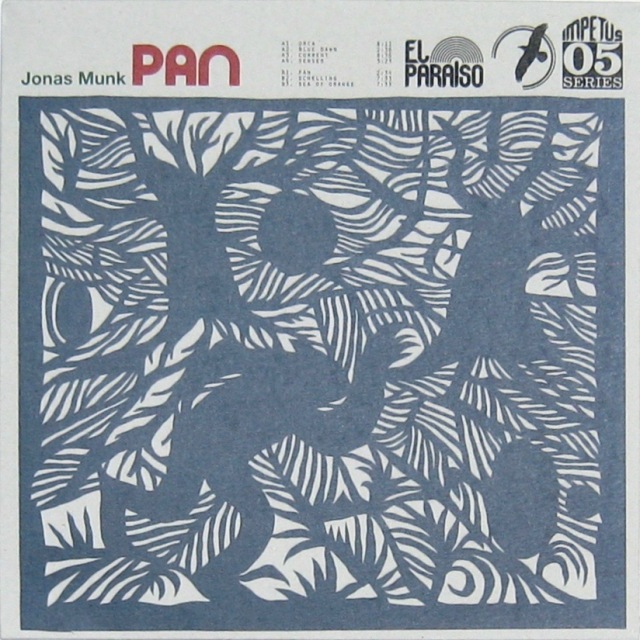 Danish musician Jonas Munk is a member of band Causa Sui, has collaborated with Ulrich Schnauss, and makes his own music too. This album was his first solo work, and an entrancing mixture of ambient electronica and krautrock grooves it is too. One of the year’s most enjoyable acquisitions.

The enchanting Grimm’s Fairy Tale picture by Mathias Malling Mortensen is actually a papercut. Like lino or wood, I guess, but more, er, papery. Or maybe less inky and more scissors-y. It is the sort of beautifully understated design that you would gladly hang on your wall. Well, I would, anyway.

Responses to the cover art or about the music more than welcome.