THANKS FOR DROPPING BY

For some blogs, fifty-five thousand page views is an average week. For Vinyl Connection it is the culmination of over two-and-a-half years of posts. That’s OK; a mass audience was neither the goal nor expectation.

Still, it is a little milestone worth marking, so I dipped into the VC catalogue and pulled out spreadsheet entries with 5s in them. We start with entry five thousand five hundred and count down from there.

Hope you enjoy this five-four-pack.

Japanese synthesiser artist Isao Tomita crafted albums of electronic interpretations of Western composed music. They are carefully arranged, expertly constructed, beautifully realised and always respectful. This is their strength and also their weakness. Tomita’s albums are like the photos of luscious dishes in the window if a classy asian restaurant — vivid, lifelike but ultimately inert. Nevertheless, his skill at assembling complex re-imaginings of works from Mussorgsky through Ravel and Debussy to Ives makes him an electronic artist worthy of respect.

This album is a compilation, though you wouldn’t know it. Drawing from half a dozen of his 70s releases, its conceit is a fantasy astronaut exploring the world outside his space ship. Although there are discrete story segments on the back cover, the music flows seamlessly. The tale is rather twee but the selection of pieces shows the range and skill of Tomita to good effect. Really, my only carp is that the cover does not tell you it is a compilation, which smacks of a trickery best left to lighting up the sonic creations rather than keeping record buyers in the dark. Still, this would be an excellent single album to sample his work. 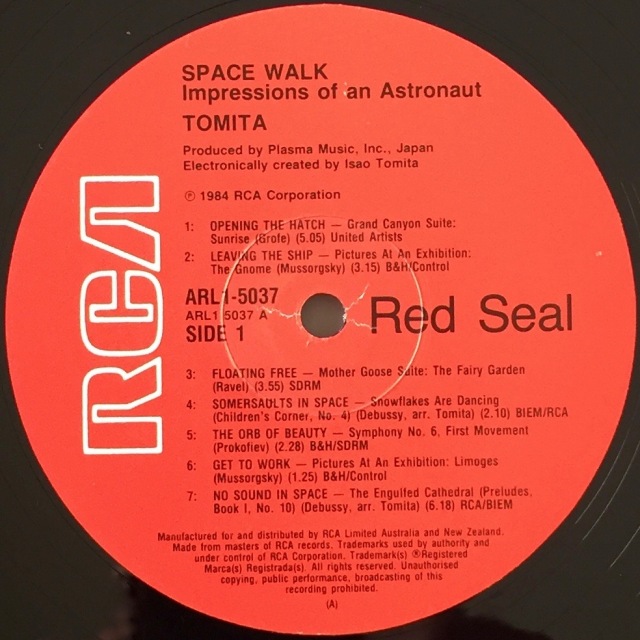 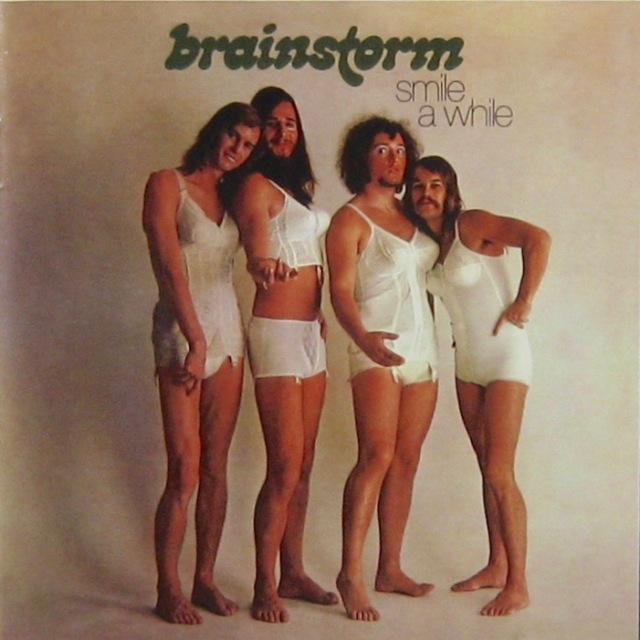 Although I have curated dozens of posts on album cover art (the endless ‘newspaper’ series, for example, or more recently the ‘Hands’ and ‘Cars’ compilations) I have, thus far, resisted the urge to post ’10 Really Really Awful Album Covers’. If (or when) I crack, this album cover by German progressive-jazz-rock-band Brainstorm would be an absolute ‘must’ for inclusion. It’s wrongness and lack of taste are simply breathtaking.

Released on the Spiegelei label in 1972, Smile a While is inventive, very smartly played and thoroughly enjoyable. The influence of The Mothers of Invention and Soft Machine can clearly be heard, yet Brainstorm have their own sound. Sax darts and struts, bass lines twitch, the drumming is energetic throughout. In ‘Zwick zwick’ for example, there are solos by flute and distorted organ, some neat rhythmic shifts and a dramatic stop-dead ending. When vocals occur (on three or four occasions), they are mercifully brief, as are all the other featured solos: the key word here is variety, not repetition. Anyone who has heard (and liked) Moving Gelatine Plates or early Thirsty Moon would more than likely enjoy the off-beat invention of Smile a While very much indeed, despite the ghastly cover.

Although I’ve never fully understood the phrase ‘A curate’s egg – good in parts’, the description seems to fit this release by French duo Air of the music they provided for Sofia Coppola’s film The Virgin Suicides. The opening song is pleasant enough and some of the pieces really zip; I particularly liked the ominous loping groove of ‘Dark messages’. Other tracks —such as ‘Bathroom girl’— have that chic mournfulness you want from yer Gallic synth-poppers, evoking cocktail lounge Stereolab. But there are a few ‘fillers’ here (‘Afternoon sister’, for example, has that tissue thin feel of much soundtrack music), and the final narration in a heavily treated ‘disguise the male voice using creepy basso-robotic reverb effect’ is simply interminable. Perhaps it works if you have seen and loved the film. In sum, an album that is most enjoyable when Air give themselves permission to mess up their hair a bit and get a little crazy. 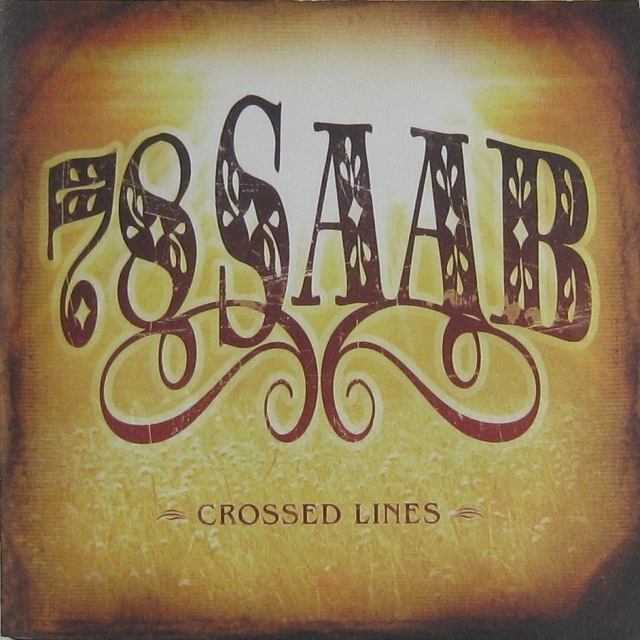 How is it that a really good band can produce a fine album packed with interesting well-crafted songs and not be successful? And do it no less than four times. FOUR excellent albums.

The sadly defunct Sydney band 78 Saab is probably unknown outside of Australia. Indeed, they were scarcely known outside their home city. This is a shame, as Crossed Lines (their second album) is particularly chock full of beautifully constructed songs and ringing guitars. BB once commented that many 78 Saab songs do something interesting, and not the most obvious thing. Crossed Lines has that in abundance. From the fast and furious guitar rage of ‘The City is Humming’ to the mesmerizing melancholy of ‘All a lie’, this is nothing more or less than a fine modern rock album. Ben Nash sings his often melancholy lyrics with a beguiling world-weariness that never slips into disdain. Production is clean and the soundstage rich and deep. I saw them play a couple of times and loved the extra punch of the live sound, which is really saying something as I don’t like concerts that much these days. 78 Saab do guitars really well and they do them in really good songs.

Two-and-a-half years and I still cannot get youtube  vids to embed properly. This is 78 Saab with ‘Beat of your drum’. Really worth listening to if you have time (and headphones).