THE FELLOWSHIP OF BOOKSELLERS

LORD OF THE RINGS — A BOOK AND MUSIC STORY

PART I — THE FELLOWSHIP OF BOOKSELLERS

After high  school finished there was a clear message from the parental end of the dinner table that the young scion was not to be lazing around all summer relaxing and recovering from the stresses of exams, but in fact stepping into the brave new world of pulling-one’s-weight. In other words, getting a job. To guard against any possibility of complacency regarding this new direction, an appropriate sum was decided for the young man to contribute to the family coffers by way of board.

Not that I was a stranger to the idea of making a quid. I’d scrounged and accumulated empty beer bottles around the locality on bin night, earning the ire of the garbos but steadily building a long brown-glass wall down the short side of our house until sufficient hundreds had been accumulated to make a call to the glass recycler. This little earner was nixed after a couple of rounds due to a certain discomfort on the part of my parents in having the recycler witnessed carting fifty dozen beer bottles out our front gate. It was one thing for me to scrounge late at night or in the misty dawn, but quite another to have a chinking chorus samba its way out of the property. My offer to make a sign saying ‘It’s OK – We didn’t drink them’ was not met with amusement.

Along similar lines, I’d washed and returned pharmaceutical containers to the local chemist, unfolded and flattened broadsheet newspapers for sale to a local Fish & Chip shop and even had a crack at collecting scrap metal. (Not very successful; it was a much later generation who hit upon the more lucrative idea of stripping copper wire out of railway junction boxes.)

But none of those hunter gatherer initiatives had much appeal for the long summer break. Too slow, too uncertain, too Steptoe and Son. What was needed was a salaried job and the most obvious option was working in a shop. So after constructing a resume that favoured academia over employment, I took a single page life summary out into the exciting world of retail. To my astonishment, within a couple of weeks I had landed two jobs; one up until Christmas at Max Rose Electronics, the other a short-term position with an educational bookseller, beginning in the New Year.

W&R School Supplies, a seasonally busy purveyor of school books, stationary, and assorted educational accoutrements to both families and the local secondary schools, was located on East Boundary Road just opposite the Municipal outdoor swimming pool and a fifteen minute bicycle ride from home. The owner, Mr W, hired students from my school annually, usually based on whether the applicant had received any prizes at the end of their final academic year. As it happened —and in contrast to the actual exam performance which followed (as described in Primitive Love)— your correspondent had somehow picked up a gong for English and this was enough to land a position at W&R.

My performance in this first wage-paying job was, to put the best spin on it, uneven. When not attending to customer orders, a tendency to entertain my peers by singing long sections of Jesus Christ Superstar yielded their admiration but little applause from the grown-up permanent staff.

I was moved to the ‘Buying’ section, where families brought in their used texts to trade for store credit against the dauntingly long and expensive booklist for the coming year.

My job was to assess the offering, starting with relevance. Was the book on the current list? If so, was this the correct edition? It was like a simple flow chart, really. The next box to tick was condition. The business only accepted books in good condition. Correction; excellent condition. Sometimes the looks parents speared toward their forlorn child as I pushed a pile of dog-eared, scrawled-upon refugees back across the counter made me cringe inside. I noticed that in certain cases I was being a tad more generous with the credit than in others. Mr W noticed too. I was moved out the back to Dispatch.

Paul, the storeman, was a cheerful bloke in his mid-20s who valued his job filling the orders from schools, packing the boxes, then escaping the stifling atmosphere of W&R to cruise the surrounding suburbs in the company transit van. My new role was to pack the boxes for him. There was a certain 3-D puzzle aspect to this task that was engrossing for a while, but soon leaked into a puddle of tedium. So when Paul asked me along to make some deliveries—on the pretext of the orders being large and time pressure great—I jumped at the chance.

That was the best part of my time at W&R. Zooming round Bentleigh, McKinnon and Murrumbeena in Paul’s van with the radio blaring Matt Taylor’s “I remember when I was young” out the windows into the Melbourne summer heat. I even brought my own transistor into the storeroom, so the music could continue when we were back in the W&R back room. 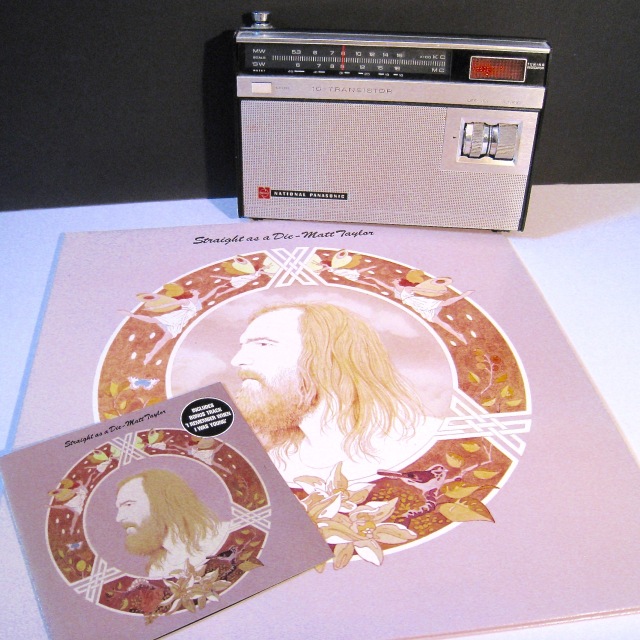 Perhaps it was the pop sounds of 3XY AM radio that was too much for the Brahms-loving owner, or maybe he decided that there was really no need for two able-bodied people to escape the premises on such a regular basis. The result was that the transistor was banished and I was re-incarcerated in the storeroom, wrapping smaller parcels for postage, and feeling an isolation much louder than silence.

One afternoon, unpacking a carton of incoming stock, a paperback of obvious non-academic status caught my eye. The huge red letters of the title floated over a picture of a green and alluring landscape. What was concealed in those small copses? And where were those shadowy figures going as they surveyed the valley before them? What about the creepy figures lurking at the borders of the picture, what were they about? I turned it over. Another scene, this time less bucolic; a castle with lance-like turrets, a flame-peaked mountain. And the author’s name: J.R.R. Tolkien. 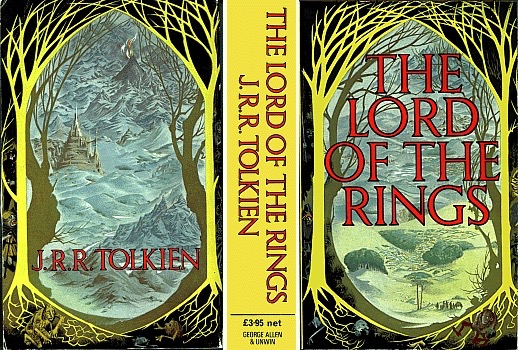 I wanted to know more. I needed this book. The invoice said the price in pounds translated to $6.95 retail.

There are several scenarios to explain how the volume ended up on my bookshelf at home. You can decide which one you favour; no use asking me, it’s too long ago.

That more-or-less wraps up my time at W&R School Supplies. The summer casuals were slowly drifting away, mostly towards holidays, and I departed too.

The book sat on my shelf for the remainder of the summer, its bright yellow spine un-creased, its thousand pages unturned. It sat there like a gold ring hidden under a mountain, until the onset of Autumn—a time of change and restlessness—when I began a significant and miserable journey.

I went to uni.

← PROLOGUE: CONCERNING HOBBITS, AND OTHER MATTERS
THE TWO LIBRARIES →