Video may well have killed the radio star, but the song also came very close to provoking the death by strangulation of my friend Tim.

Released in September 1979, “Video Killed The Radio Star” was co-written by Trevor Horn, Geoff Downes and Bruce Woolley a year earlier. Fans of Yes will know the first two as Buggles and consequently from their brief stint in the famous progressive band circa Drama (1980).

History aside, “Video” was a bone fide one-hit wonder, topping charts around the world—the UK, Australia, Austria, Switzerland, Sweden—and having the honour of being the first song played on US MTV.

In Australia it was a monster. Even now, people of a certain vintage can identify the hit from the opening ascending/descending arpeggio and join in, on cue, with the processed robotic vocal…

I heard you on the wireless back in fifty-two

Lying awake intently tuning in on you

If I was young it didn’t stop you coming through

And now we meet in an abandoned studio

We hear the playback and it seems so long ago

And you remember the jingles used to go

I loved the retro-futuristic nature of the story. The song—and indeed the whole of The Age of Plastic—tackles themes of technology and progress with beat and bop but an underlying strain of angst. A nagging sense that this shiny future might not be Utopia.

I met your children

What did you tell them?

“Video Killed The Radio Star” seemed to be around forever. Certainly it was still popular a few years later when a crew of us stepped forward to run the Student Union at Melbourne College of Advanced Education. My mate Marie was elected editor of The Star, the college newspaper, and recruited a friend of hers, Tim, as chief operations manager. This meant, amongst other things, late nights pasting up pages for couriering to the printers to meet deadlines that always seemed to be snarling at the door.

Sometimes I’d be working late too, studying an impenetrable policy document for tomorrow’s Council meeting or deep in discussion with my politically savvy Education Officer, trying to work out how to remove the two-thirds of the Activities Team who were more interested in drinking than organising functions for the student populace. When I’d had enough thinking, I’d wander into the publications room, drawn by the sound of the ghetto blaster and occasional bursts of laughter.

The favoured paste-up tape was, of course, The Age Of Plastic, transferred from vinyl onto cassette from by Tim.

Tim liked the album. A lot. So for efficiency and convenience the C90 had the Buggles on both sides.

At the time, I confess I was luke-warm about the record. But it has grown on me over the years, as much for its dystopian visions clothed in day-glo pop as its stunning production values—there is so much gorgeous sonic detail in these tracks you can keep pumping up the volume and hearing more and more and more. Sometimes you can even hear tape hiss. This is pre-digital, remember.

Opening song “Living in the plastic age” is a fine example of their vision.

Every day my metal friend

Then the shiny serving clones

Run in with my telephones

This is 1979, you’ll recall. Mobile phones as consumer items were still a decade away.

The cocaine eighties were closer, perhaps…

They send the heart police

To put you under cardiac arrest

And as they drag you thru the door

They tell you that you’ve failed the test

The song opens with a vaguely disquieting collage of sound and ends with a fading heart-beat. Cardiac decay.

The hit is next, followed by the driving “Kid Dynamo” and the amusing sci-fi relational satire of “I love you (Miss Robot)”. Imagine Kraftwerk channelling deadpan English humour and pop smarts.

Don’t drive too fast when you take me home

This is 1979, mind you. Bladerunner’s pleasure Replicants were three years away.

The second side is strong too. “Clean Clean” opens proceedings; a fast and dirty song about a future where apocalyptic conflict is far from clean, clean. The chirpy instrumental break is ridiculously incongruous. Brilliant.

“Elstree” makes the misty nostalgia hinted at in “Video” much more explicit—mid-paced, reflective, slightly sad. Also tinted with sepia-chrome is “Astroboy”, the closest thing to a ballad on this sharp synth-rock record.

The Age Of Plastic winds up with “Johnny On The Monorail” which suffers from sounding like a collection of ideas stripped from previous tracks and bolted together. But one cannot carp—this is a fabulous album sounding as fresh and engaging as ever, and deserving to be enjoyed for more than its monster single. 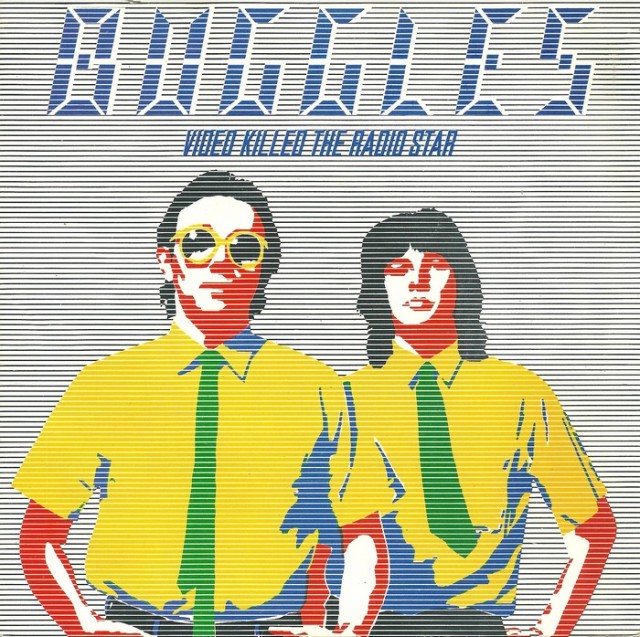 Talking of the single, let’s return to Tim and his cassettes.

As much as Tim appreciated The Age Of Plastic, it was the hit that really rang his bells. So much so that he made another Buggles cassette, stripping away seven superfluous songs to produce an entire C60 of “Video Killed The Radio Star”.

He put it on as we jumped in his Honda Scamp—a tiny green car with large speakers—late one night. The trip through Melbourne’s inner west was not lengthy, but it was certainly long enough for me to progress from enjoyment through “must we hear this again?” to silent teeth grinding.

The driver, however, simply loved it. When the song went “In my mind and in my car, we can’t rewind, we’ve gone too far”, Tim would grin maniacally and jab the rewind button (despite there being no need, due to the endless nature of the fucking tape). “OH YES WE CAN!” he’d chortle.

By the time we reached our destination, I was twitching with homicidal intent, fingers clenching involuntarily as I fumbled with the door handle. Staggering slightly, I ground out “Thanks for the lift, Tim” and went to bed.

I estimate it was at fifteen years before I could listen to the Buggles without my jaw tightening. So I recommend this album and its single hit. But be careful with the quantities.

← TOWARDS THE LIGHT
By The Time I Get To Phoenix – Isaac Hayes and the greatest chord change in history. →