Edward Larry Gordon was a part-time actor and occasional zither player who supplemented his thespian income by busking in New York. In possibly one of the finest synchronicities in popular music, Brian Eno—in the Big Apple to work with avant-garde trumpeter Jon Hassell—placed a note in the busking Larry’s hat that read, ‘Would you like to meet to consider a recording project?’*

Recorded simply (and with lots of Eno’s trademark reverb), the music has a hypnotic quality that has stood the test of time rather well. Perhaps the timbral simplicity helps; the only instruments were an electric zither and a hammered dulcimer which, according to Eno biographer David Sheppard, was purchased ‘for a pittance in a downtown thrift store’*. 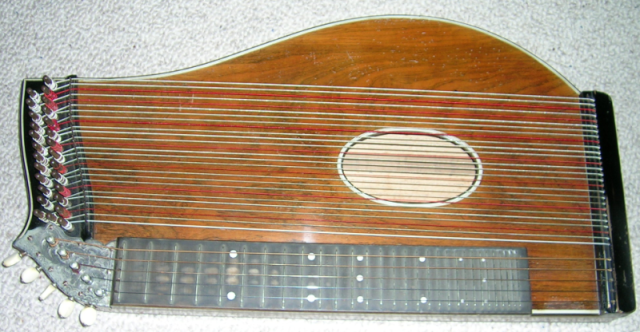 I don’t know if Larry G’s instrument looked  like this, but it gives you the idea

For those unfamiliar with the zither, it is a stringed instrument that found significant popularity in Germany and was used to great effect as the Harry Lime (Orson Wells) theme in the film classic The Third Man. Zither is, you see, a German name deriving from the Latin cithara, the word which gave us guitar. So really Larry G was a zithery axe hero. 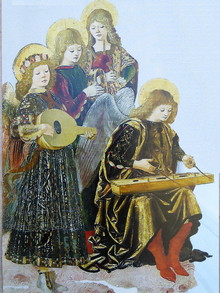 The hammered dulcimer has been around since all musicians came equipped with halos; it’s that old. The instrument has strings, but these are not plucked or strummed, but struck with mallets. As a result, the sound carries both melody and rhythm—sticks on metal strings produce sounds like a delicate soprano steel drum.

You may think these two instruments are about as different as a guitar and a banjo and you’d be about right. They interweave together in a haze of trebly bell cascades that Laraaji uses very differently on each side of the album.

Side one comprises three variations on ‘The Dance’. Though the bell-like tones have little in the way of low frequencies, the tempo provides plenty of forward momentum. There is a trance-like quality, something otherworldly. It’s faerie trip-hop at the Elven rave, dancers and air both shimmering as the dawn breaks. William Blake must have loved those parties, as he absolutely nailed it in ‘The Ecchoing Green’ (from his 1789 hit, Songs of Innocence).

The Sun does arise,

And make happy the skies.

To welcome the Spring.

The birds of the bush,

to the bells cheerful sound.

‘The Dance’ is all-chiming, all-leaping enchanted bucolic ambient trance music. It is a festival of tininnabulation that comes with Bill Blake’s stamp of approval, dig?

The second side is an altogether quieter and more wispy affair. This is a balmy late-night float to the stars, lying back on springy moss with your elven maid or lad and pondering how galaxies make the clouds of the Milky Way. Rhythm here has dissolved into washes of string arpeggios and cascading droplets of sound. It is beautiful and supremely relaxing. 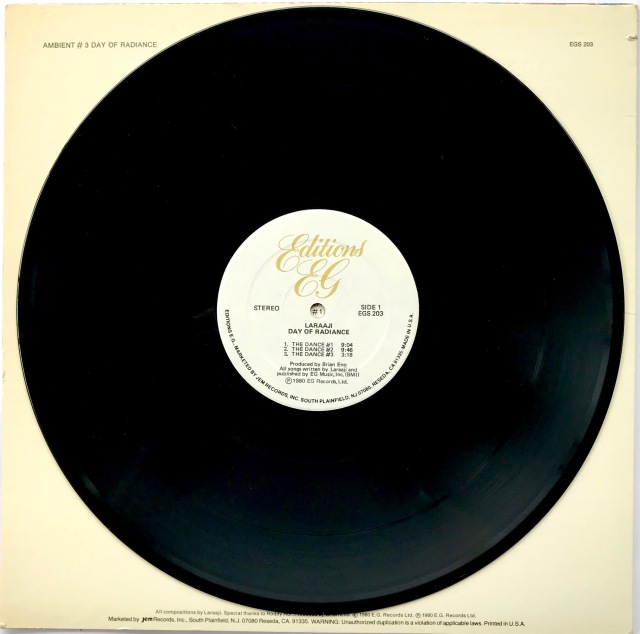 Larry G / Laraaji went on to run laughter workshops. This may seem the epitome of New Age flapdoodle, and certainly there is a whiff of charlatanism colouring Larry’s patchouli, yet Day Of Radiance does embody a kind of magic. The shaman may not have hung out in the sacred grove for very long, but the healing harmonics resonate nonetheless.

A RATHER LONG FOOTNOTE 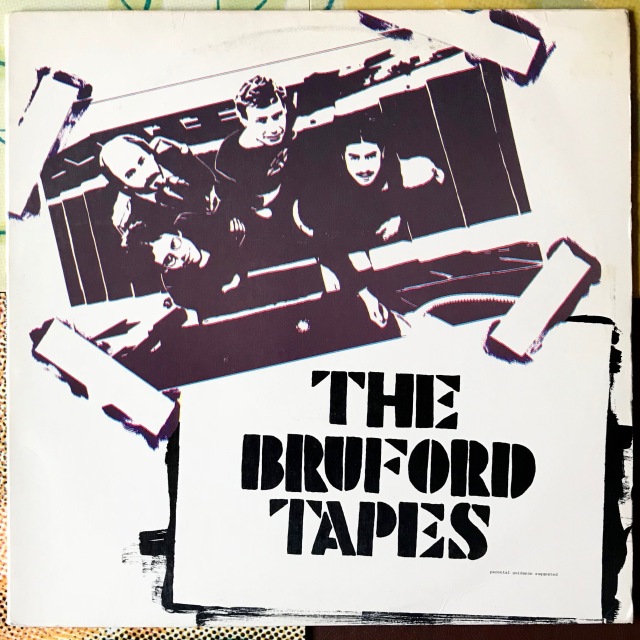 Many years ago I bought a copy of The Bruford Tapes. I was chuffed, because I had one or two of Bill Bruford’s records and rated them highly. But on extracting the LP I found it was not the expected platter of Bill’s ensemble thrashing out electric jazz-rock-prog tunes but an album by someone called Laraaji.

Still, I liked Day Of Radiance and kept it, even finding a plain cardboard sleeve to cover Laraaji’s tinkles in more appropriate garb.

But enjoyable though the album was, I was never going to write about it. Why? Because Radiance is the third in Eno’s series of four cartographically themed releases and obviously I had to have them all before presenting any part of the quartet to the world.

I had three and a missing cover. More rats.

Then last year I happened across a copy of Ambient 3 in a second-hand shop. They were asking silly money for a record that was clearly a deletion (the tram ticket snip out of the cover’s top left corner is the giveaway) but it was in great condition so I sighed and handed over the cash.

Completism can be an expensive business, but it fails to diminish the pleasure of presenting this photo of the complete Ambient series.

In fact, I feel quite radiant. 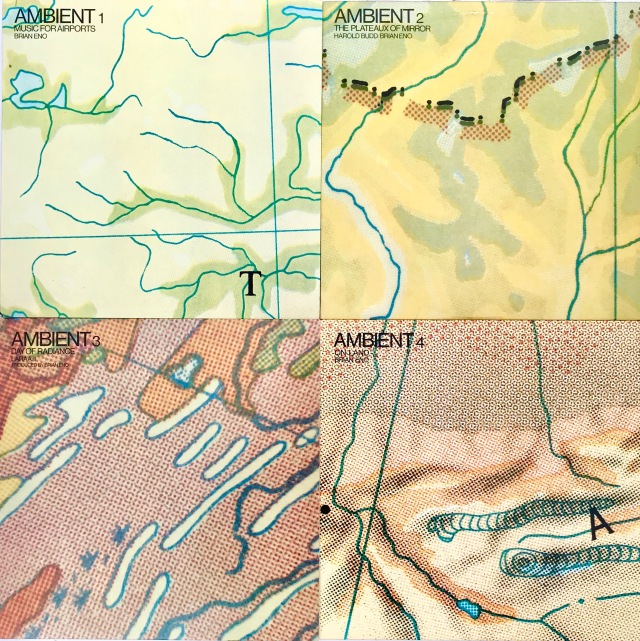