ROCKIN’ ALL OVER THE WORLD—DEUTSCHLAND

The German independent music scene was growing strongly at the end of the 60s. Alternative bands formed, disbanded, coalesced and disintegrated in various parts of the divided country: Berlin, Hamburg, Düsseldorf, Munich and many others.

The year 1970 saw some significant releases, LPs that would point towards the explosion of creativity and invention inherent in the music strewn under the enormous umbrella known colloquially as ‘Krautrock’.

Your correspondent has been exploring and enjoying this lucky dip of magick musick since the end of high school (more decades than I care to admit) and is delighted to present the second “Rockin’ All Over The World” post, honouring Deutschland. (The first post—including an explanation—is here). 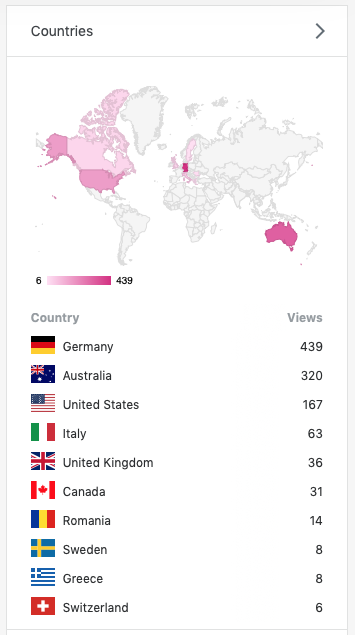 Hailing from the wonderfully named town of Kamp-Lintfort, some thirty kilometres from Düsseldorf, Annexus Quam germinated in the kind of cosmic-hippy-trippy improvised stew popular world-wide in alternative scenes of the era. But this did not mean formless, badly recorded bongo-fests. Their debut LP, Osmose, shows purpose and planning despite the wandering solos and meandering tracks. It’s an entertaining and very enjoyable album, perhaps evoking a teutonic Grateful Dead or a jazzier Third Ear Band. If my clumsy translation of the cover notes is vaguely accurate, the band said their name comes from the Latin and translates as “Connection”.

Beginning with two short pieces—called, with admirable clarity, “Osmose I” and “Osmose II”—the first side develops during “Osmose III” into a laid back groove that you think will persist for the entire ten minutes, but is in fact two distinct sections (both guitar based, the second with added flute) each delicate and entrancing enough that the somewhat moaning vocal interlude doesn’t disturb the bucolic ambience.

Side two is a rambling weather-system of a piece. “Osmose IV” shows the collective improvisation skills of the band in full flight. With melodic guitar lines, understated trombone interludes and wordless vocals it still manages to always sound like a cosmic rock jam. And there’s enough happening to reward repeated spins.

No review of Osmose would be complete without highlighting its totally bonkers sleeve design. How wonderful is this?

The debut album from Annexus Quam is considered one of the best psychedelic-cosmic-impro-freakout records of the era. Definitely worth hearing before your turntable dies.

← I WISH TO REGISTER A COMPLAINT
NEVER A DŰŰL MOMENT →