ROCKIN’ ALL OVER THE WORLD #5 — BRITAIN

The Rockin’ All Over The World series arose from the bar charts and little maps WordPress kindly provides to demonstrate how our blogs are far less popular than we dreamed. Yet they make fascinating reading when one disengages ego and enjoys the geographical variety.

A while ago I decided to launch a project wherein an album from a country that topped the visitor list would be featured. The inaugural gong went to the home of the blues, the USA.

There have been three further posts in the series. These featured artists/albums from Germany, Australia and another from the US.

Time for another little map and edition #5 of Rockin’ All Over The World. 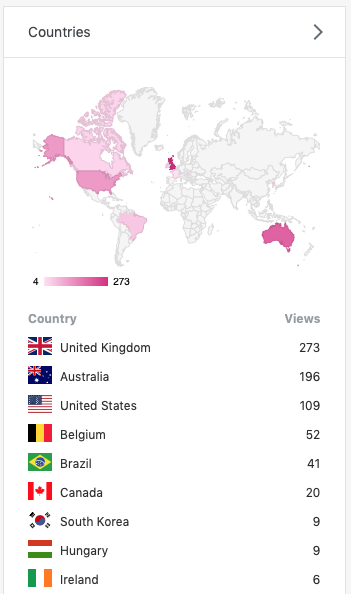 It can’t have been easy being Spencer Davis. Wanting to revitalise your music, you stumble across this little band led by someone called Muff, whose young brother Stevie features heavily. Lured into your own band, it turns out this extraordinarily talented teenager not only sings like an R&B veteran and plays organ like a schoolboy Jimmy Smith but also has some seriously good guitar chops. Of course you nurture and exploit this precocious talent, getting some good gigs and releasing a slew of successful singles. “Keep on running”, “Gimme some loving”, “I’m a man”… all sung by Stevie Winwood. 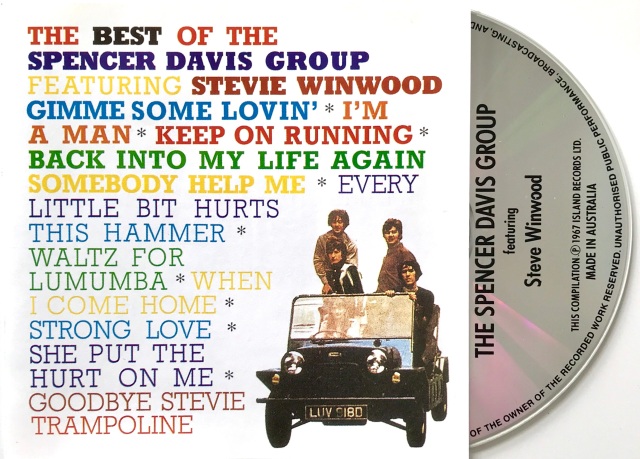 The Spencer Davis Group could never contain the enormous talent of Winwood Junior. Inevitably he flies the coop and in no time at all is having international success with his new band Traffic. But Spencer Davis, born in the year World War II broke out and with a university degree in German, is not easily daunted and soldiers on without his stellar young band member. 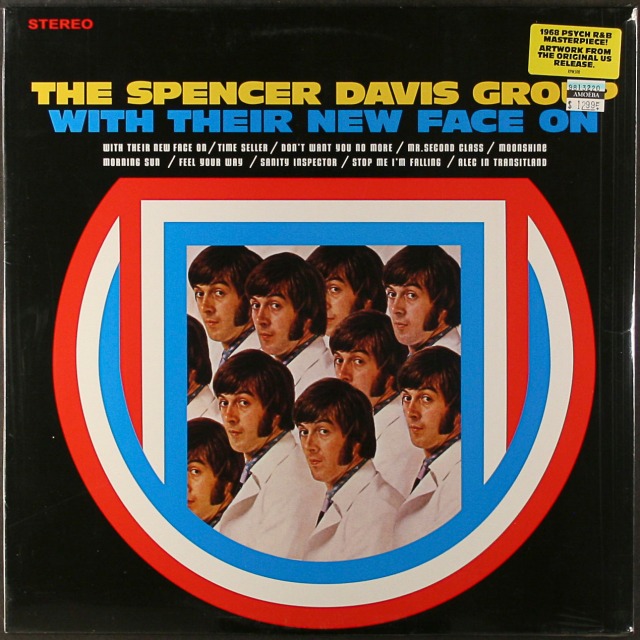 After a well received ‘Best of’ compilation, The Spencer Davis Group re-grouped and released the hopefully titled With Their New Face On. Sadly, the makeover did not lead to chart success although the psychedelic single “Time Seller” is terrific and managed to tickle the bottom end of the singles UK chart. The album is actually very entertaining (if not quite the Masterpiece trumpeted by the hype sticker). There is period English whimsy (“Sanity Inspector”, and “Mr Second Class”—lifted by a great fade out organ solo), and some solid blues-rock (“Don’t want you no more”, chosen by the Allman Brothers to open their debut album). A 2002 CD re-issue commandeered the single’s title and added a groovy psychedelic cover to entice listeners. Also included was a documentary film shot in 1967. Plus stuff requiring something called Quicktime. 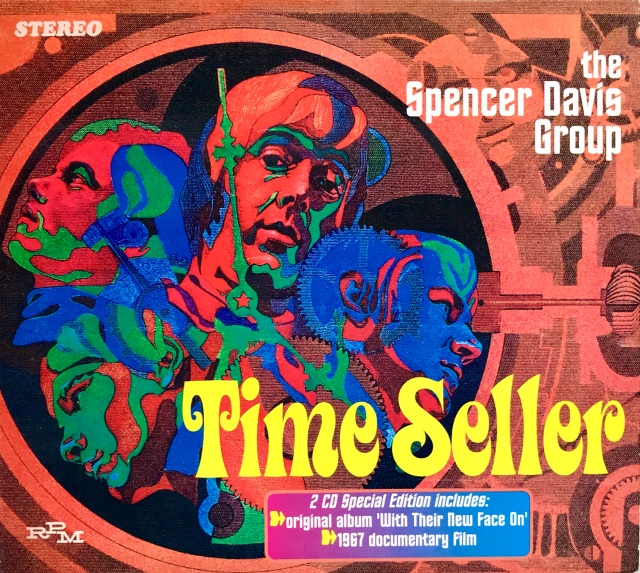 There was a five year hiatus before Spencer Davis returned, releasing Gluggo in 1973. Although there is nothing at all wrong with the record, it simply never achieves lift-off and is notable—for those who actually remember the LP—for its innovative packaging/design. (That’s entirely why I bought it.) 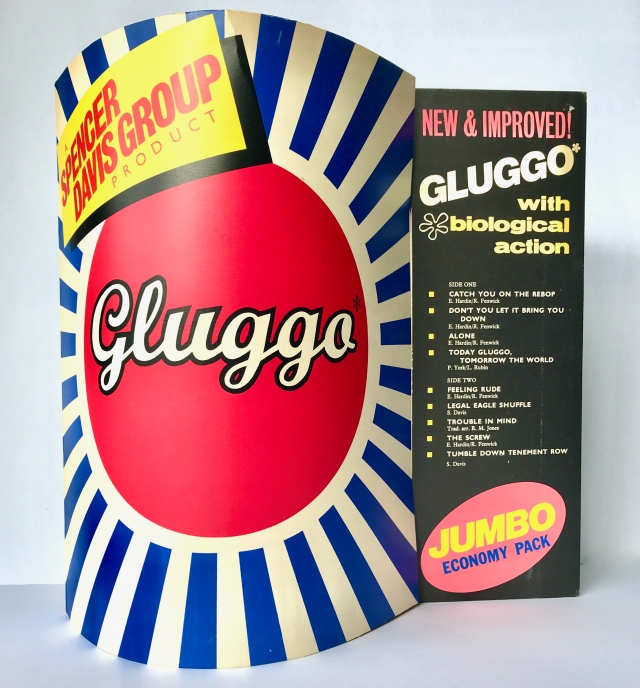 The back cover initially looks totally 1973; a bunch of disconsolate, long-haired musos hanging about a deserted railway station for no apparent reason. Then you notice the sign. Nice touch. 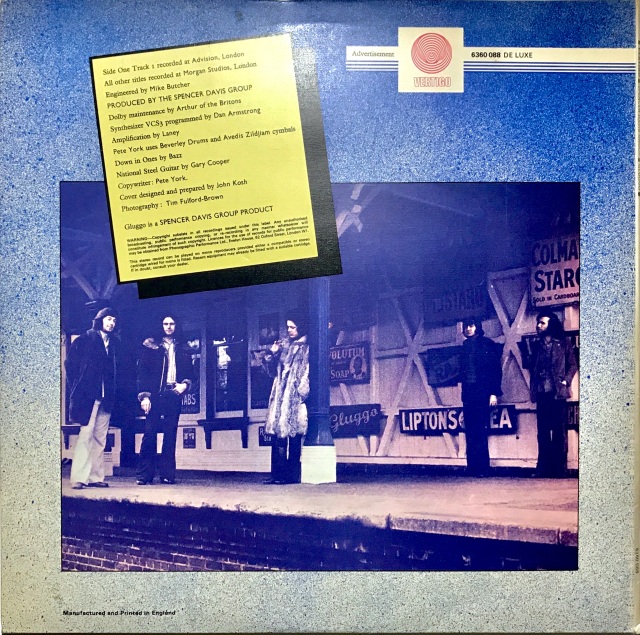 Inside the gatefold, the spread continues the marketing theme. The “copywriter” was band member Pete York and probably the kindest thing one can say about the jokes is that they are “of their time”.

Enter the perfumed portals of The House of Gluggo (International) to meet your captivating Gluggette. Let her take you by the hand and lead you through your wildest dreams, you secret fantasies on this night of nights

The “Thank you Gluggo*” testimonials are equally rib-tickling.

Of course there’s a jingle:

With GLUGGO you can do something

Makes you skinny, makes you fatter

Gives you muscles where they matter 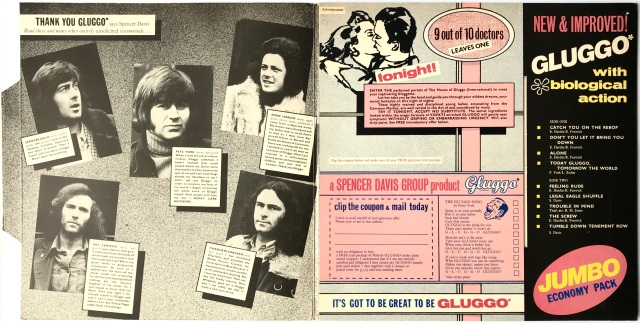 Later, Davis was employed by Island records, promoting music by Bob Marley and his former bandmate Steve Winwood. He retained a strong connection with Germany, where he performed for many years. Although it was always clear the heart of The Spencer Davis Group resided with hugely talented Steve Winwood (a Vinyl Connection series tracking his career began here), that takes nothing away from those early records; a clutch of 45s radiating an energy typifying the vibrant mid-60s British music scene. Keep on running, Spencer Davis. 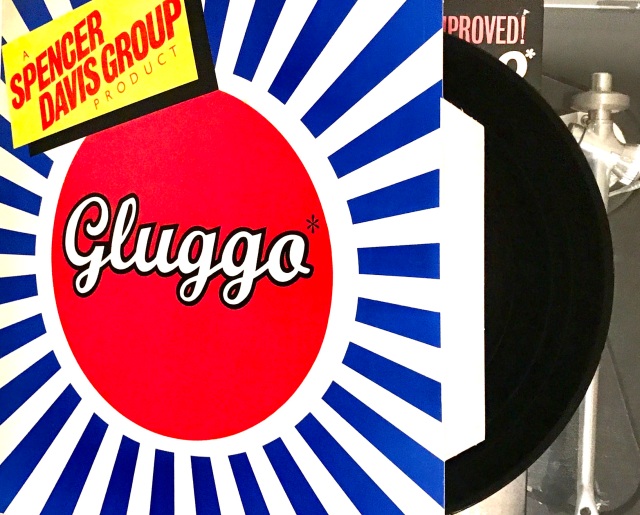