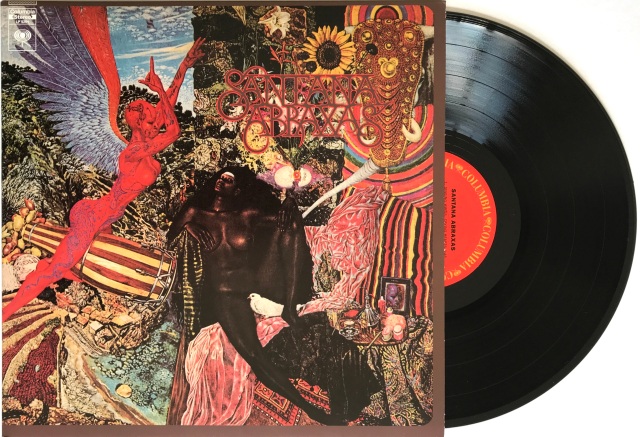 What keeps a half-century-old LP fresh? Lots of possibilities, but in the case of Santana’s second LP, it is the superbly blended mix of different styles and influences that propels the record like an eternal multi-cultural street festival. Many know the infectious blues-rock interpretation of Fleetwood Mac’s “Black Magic Woman” or the delightful instrumental “Samba Pa Ti” but there is also jazz-rock (“Incident at Neshabur”) and the full-on strut of “Hope You’re Feeling Better”. Throw in a charged up cover of salsa legend Tito Puente’s “Oye Como Va”* and you win five gold stars for eclecticism.

And let’s not forget another splendid Mati Klarwein cover. 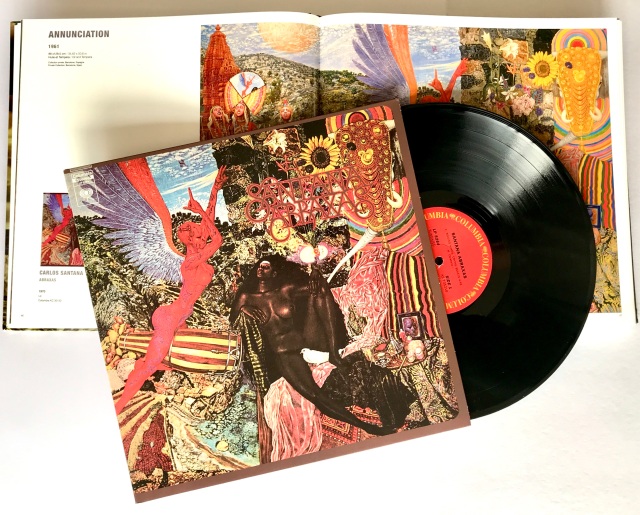 The original painting is called “Annunciation” and was completed in 1961. Although I recognised the title as having something to do with Christian mythology, I couldn’t quite get it from Mati’s painting. A little research revealed this as the diary date in Mary’s life when the archangel Gabriel dropped in with some breaking news. It went something like this:

Gives you a different perspective on the cover, doesn’t it?

FOOTNOTE: Abraxas is an ancient Greek word. The 7 letters represent each of the 7 classic celestial bodies—Sun, Moon, Mercury, Venus, Mars, Jupiter, and Saturn. Swiss Psychologist Carl Jung wrote a brief Gnostic treatise in 1916 called The Seven Sermons to the Dead, which called Abraxas a god higher than the Christian god and devil, combining all opposites into one Being. Now you know. 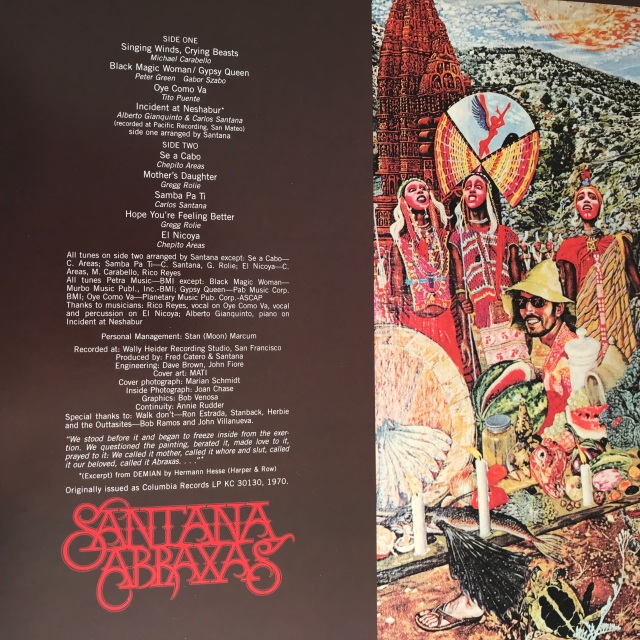 Does Abraxas put a little salsa in your hips?