Ordering a book from the dreaded ‘Big River’ company, I was lured by the ‘on your list’ bait and, of course, bit. The item was a CD I’d removed from an order months ago, something that had caught my attention but not fully hooked me in. On a whim, I added it to the cart; it was cheap and I am probably down to 79 hours of music yet to be played.

The book arrived yesterday; so did the CD.

The album is entitled Spacesuit by an outfit with the unlikely name of Robert Walter’s 20th Congress. What made me choose this (apart from it being on sale)? What genre is it? Rock? Jazz? Jazzy Prog-rock? Proggy Jazz-rock? 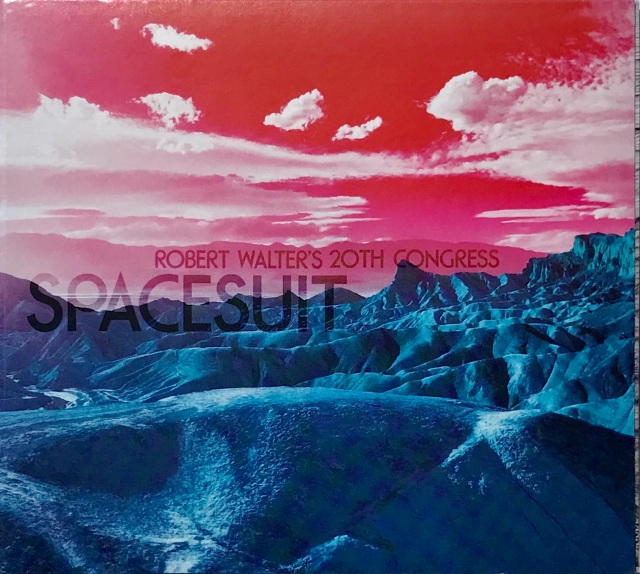 There is definitely something science-fiction flavoured about the cover. Red sky above blue terrain. Is Robert Walter holding a formal meeting on Mars? Is he, perhaps, the US Congress delegate to the red planet? Of course congress can also mean ‘a coming together’. Does the title refer to Mr Walter’s twentieth intimate encounter of the sexual kind? Did it take him into space? It’s a mystery.

Seeking further data from the back cover was not especially fruitful, though it did confirm that there is a relationship between the feel of the cover image and the title. Opening piece: “Spacesuit”. Next track, “Nerva and Dumbo”… might be the nicknames of the astronauts, perhaps. Or some aliens encountered on the rocky planet; the third track is called “Posthuman”. It is possible to make up a story linking all the track names, but my attention is caught by the small print at the bottom. The CD was released in 2018 by the artist, under “exclusive license to The Royal Potato Family”. Maybe Nerva and Dumbo are potato parents. Their eyes are always watching you.

The Congress is a quartet consisting of keyboards, guitar, bass and drums. A percussionist joins on four tracks. The fact that the keyboard player is the leader and there’s a list of all his keyboards suggests a progressive element. Or maybe I’m regressing to a time when seeing a mellotron amongst the instrumentation almost always resulted in a sale. What am I talking about? It still does.

But back to Robert Walter’s Congress. All songs were written by the keyboard player/leader, the small type says. Except for two titles credited to the whole group (one of which, “Electric Blanket”, is not listed on the back cover). When everyone receives a composer credit, if often indicates a jam of some kind; perhaps a group improvisation or a warm-up blow that had some really good bits. Suggests a jazz component, too.

Time to spin the disc. The player tells me that there are 10 tracks in thirty-six minutes. Nothing too long then, plus I think I know where that aforementioned missing piece is. 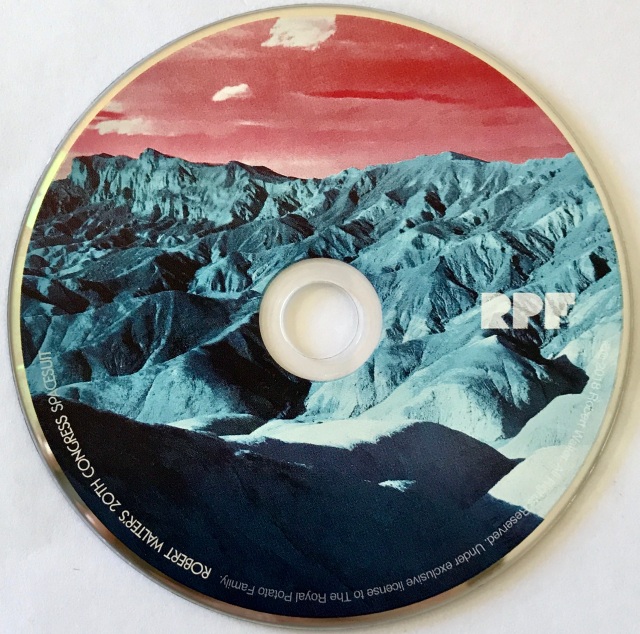 Nice NASA-ish voice over to blast us off into the jazzy groove of “Spacesuit”. Electric piano dominates the opening—fine with me—before Chris Alford takes a guitar solo. It’s reminiscent of the jazzily rocking guitar of John Scofield, which is pretty fine company for a guitarist to keep. There’s a funk element to the rhythm section of Simon Lott and Victor Little that keeps the energy up throughout Robert Walter’s second solo. Strong opening.

“Nerva and Dumbo” lays a bouncy tune over a jumping rhythm base. Organ this time, cool yet cheerful. None of the percussion so far is ‘rock’ based. It’s cool; I’m really warming to this drummer. Walter’s second solo sounds like el. piano + effects. I really enjoy different keyboard tones and although these sound digital, there has been a real attempt to vary the tone and colour, particularly noticeable when the organ returns for the final section. Ooh! Spacey effects! I love spacey whooshy sounds. More Houston Control too… I’m in for “Posthuman” within a minute, even though I don’t know what a posthuman is, other than a corpse.

Highlights of the remainder of the mission include “Emanate”, a pleasing ballad; “Modifier” does indeed sound like a fun boogie-jam thing with some neat post-production. I loved “Chalk Giant”—synth squishiness and beepiness over a funk base—my fave on first listen.

The whole album is very well played and has sufficiently interesting compositions to make this one a good choice when contemporary jazz-rock instrumental music is called for. Oh, and “Electric Blanket” is a spacey little fifty-seven second coda at the end of the disc.

Here’s a link to “Posthuman” for a taste of Spacesuit.