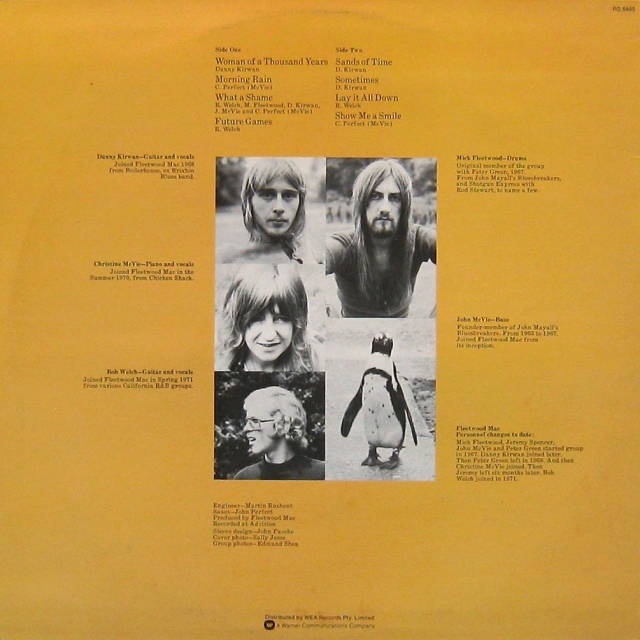 Mick Fleetwood described Danny Kirwan as “an exceptional guitar player”, and so he was. Kirwan joined the band in August 1968 and appears on the albums from Then Play On to Bare Trees, contributing many excellent songs. One of his absolute best opens Future Games, the shimmering, mesmeric “Woman of a 1000 years”. You can hear Kirwan’s influence on new boy Bob Welch on the latter’s keening “Future games”. All three songwriters—Kirwan, Welsh and Christine McVie—turn in top class songs. Overall, this is a very strong Mac album that deserves more accolades than it receives. Highlights: “Woman of a 1000 years”; “Lay it all down”. [Released September 1971]

Comprising just three pieces (two around 11 minutes and the 23 minute epic “A plague of lighthouse keepers”), Pawn Hearts is considered by many to be Van Der Graaf’s pinnacle. As with King Crimson, simply labelling VDGG “prog” is an absurd reduction, but like all the best progressive rock, this album repays…nay, requires… repeated listens to unpack. Highlight: “A plague of lighthouse keepers” (What else?). [Released October 1971]

#13  CAT STEVENS — Teaser And The Firecat

The hits jostled for attention on side two of Teaser And The Firecat—”Morning has broken”, “Moonshadow”, “Peace Train”—yet the first side is far from shabby. Opening songlet “The Wind” (1:42) is a delightful overture, “Rubylove” dances with Greek instrumentation, “Changes IV” has rock muscle. And that’s without even mentioning another favourite, “Tuesday’s Dead”. Highlights: Too many to choose. In fact, but this stage of the countdown, each album is a highlight. [Released October 1971] 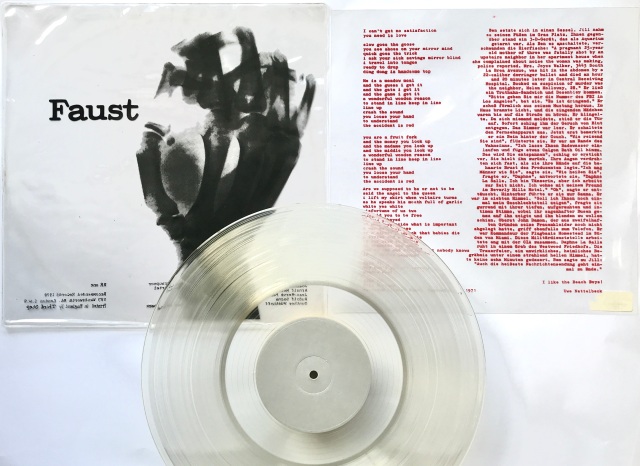 If Can were emerging from a smoking crater, Faust dropped the bomb. This album freaked people out when it was released and it remains a monumental head fuck to this day. With cut ups, musique concrète, quotes (Hello Beatles!) and wicked humour, Faust’s debut does indeed sound like they have made a pact with the devil.

Clocking in at barely over half an hour, you’re still likely to arrive at the end bathed in sweat. But it’s not volume or density that powers this extraordinary album, it’s the sheer don’t-fucking-tell-us-what-to-do energy that still explodes from the speakers. Faust scared me the first time I heard it (coming from the much more accessible Faust IV) but I’ve come to both love and revere it’s sheer audacity and unique vision. More purple prose on the album here. Highlights: Doesn’t work. Put headphones on and just hold on to your seat. [Released December (?) 1971]

“Echoes” is epochal and was a major signpost towards Pink Floyd’s future. (I’ve written about it from a personal perspective, here). Yes, a couple of the songs on the first side are lightweight—neither “San Tropez” nor “Seamus” add much to the catalogue—but “One of these days” became a signature piece and “Echoes” is perhaps the most satisfying side of music the band ever created. [Released November 1971]