Live albums often spark discussion amongst rock fans. Are they a fascinating insight into the artist as experienced in concert? A contractual filler for the record company? Sometimes both? Maybe it depends on how big a fan you are. Being a huge David Bowie fan, I was excited by the release (originally RSD 2018) of Welcome To The Blackout (Live London ’78), a 3LP set that covers the same tour as 1978’s Stage. But there was a question, too. Does this offering add anything to the earlier album? 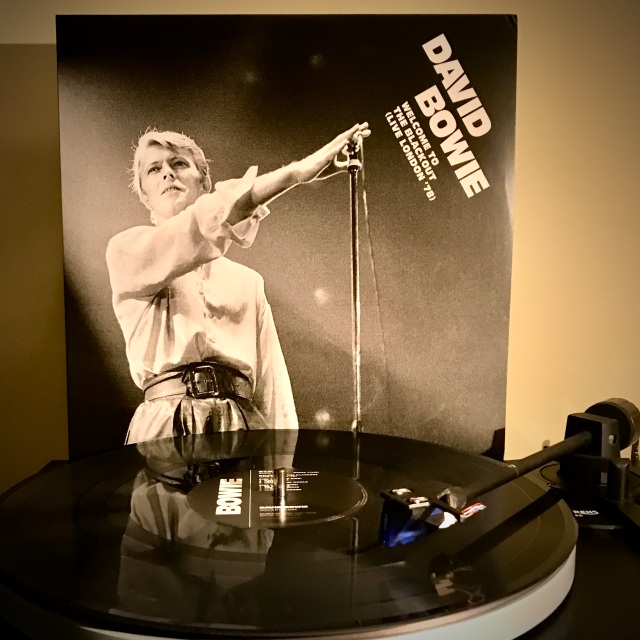 Well for starters, there are more songs. Performances of “Be My Wife” and “Sound and Vision” (both from Low), “Stay” (Station To Station), “Rebel Rebel” (Diamond Dogs) and “Suffragette City” (Ziggy Stardust) add depth to the set and demonstrate how versatile Bowie was when it came to keeping his own songs alive and vibrant.

Of course he is helped along by a fabulous band. Joining Carlos Alomar on guitar is Adrian Belew (King Crimson/Frank Zappa), while Simon House (Hawkwind) adds violin. Utopia’s keyboard player Roger Powell layers the synthesizer textures essential to the songs from “Heroes” and Low. No wonder David sounds proud and grateful when he introduces the band.

The live sound is top notch. With recording supervised by long-time associate Tony Visconti and production by Bowie himself there is an immediacy to the sound such that if you pump it up, you could almost believe you were at Earls Court in mid-1978. 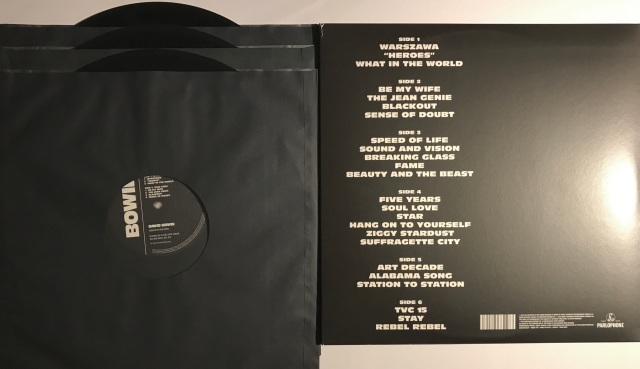 There are so many highlights across the six sides of this album that it’s unfair to single tracks out. Having said that, the Ziggy Stardust side is a hoot. The band steams through this older material like they are having an absolute blast… and we get to ride the wave. The audience is mixed way back, but you can hear them lapping up this classic Bowie.

If you love 1976’s Station To Station, the series of three songs late in the concert are a delight, especially the slow-build excitement of the title track and a muscled-up “Stay”. For those perhaps less familiar with the material on “Heroes” and Low, the inclusion of instrumentals in addition to songs would be an eye-opener. Strong material, delivered here with class and subtlety in a concert setting—no small achievement.

All in all, Welcome To The Blackout (Live London ’78) packs a whole lotta Bowie into its six sides. It will certainly entertain both fanatics and newcomers. And regarding the obvious question of whether you need Stage as well as Welcome To The Blackout, the answer should be obvious by now: get this, but if you come across Stage, get that too. You can never have too much Bowie.

This post first appeared at Discrepancy Records in November 2018. It is reposted here by kind permission.