When I stumbled across a copy of Jean-Michel Jarre’s breakthrough electronic album Oxygène in a Daylesford book and record shop some years back I was quite excited. Not because of the music itself —I already had the album on vinyl and CD— but because of the alternate cover, one I’d never seen before. Instead of the confronting, macabre painting showing the earth’s meaty crust peeling back to reveal a hollow-eyed skull, it was a painting of an inscrutable Japanese lady. Similar tones and colours but an entirely different feel. How intriguing, I thought. And how clever, substituting a living head for the pale bone; life supplanting death. Perhaps this was from some country that didn’t like fleshless crania staring out from LPs. So I handed over the necessary dollars and took it home, where I quickly discovered that it was not, in fact, a rare Philippines pressing or a Bolivian bootleg, but the bog-standard edition with a picture pasted onto the original cover. Someone censored their own copy using a magazine image, scissors and a tube of glue. Ah, well.

As for the music, although far from innovative, Oxygène was and is a highly enjoyable electronic music album. Jarre Junior (his father was film music composer Maurice Jarre; and while we’re name-dropping, it was his wife Charlotte Rampling who gave him the original earth-skull painting) recorded the album at home, using analog synthesisers and a lot of patience. Compared to the long, often unstructured pieces produced by the German pioneers (Tangerine Dream, Klaus Schulze), the French musician’s album is packed with hummable tunes, bouncy rhythms, and modest experimentation. Some parts you might have heard in film soundtracks —particularly Peter Weir’s Gallipoli— and others appeared in the first radio series of The Hitchhiker’s Guide to the Galaxy. Apparently bits crop up in Grand Theft Auto IV too.

The warm and accessible sounds of Oxygène really are a wonderful place to start if you don’t know much about electronic music. Look out for the version with the Japanese lady on the cover. 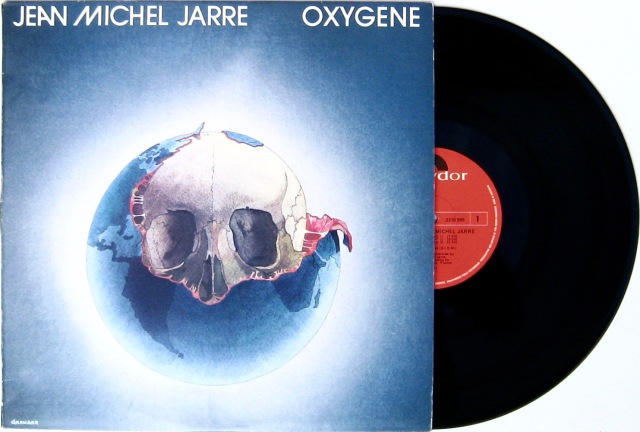 After the album Gaucho appeared in late 1980, there was a deafening silence from Steely Dan. It was widely reported that Donald Fagan and Walter Becker had gone their separate ways and foresaw little likelihood of working together again… or even talking together again. This  was perceived amongst their devoted fan base (your correspondent included) as A Very Bad Thing.

What’s the album like? It’s rather like a catwalk version of how Steely Dan might have sounded with a sultry sexy female singer and lots of eighties studio magic. Rather over-produced and implausibly big drums but pretty cool none-the-less. ‘Interlude’, the third track, is fantastic. Vela’s lazy phrasing and that trademark loping Dan groove are lifted by a Becker guitar solo; close your eyes and think of a future where the Dan once more make sweet music. Oh, and Rosie’s pretty sexy and sultry too.

Actually, the whole of Zazu is strong, if a little too club-orientated in places. ‘Boxs’ has melody, hook, groove, guitar bite; everything except correct spelling. On the title cut, snaky synths (Donald), reverberating bass drum, atmospheric guitar (Walter) and a melancholic vocal from Vela end the album on a strong note. But earlier, ’Tonto’ is also strong. Of course it sounds of its time, but with players this good (‘Tonto’ has Tony Levin on Chapman Stick and Rick Derringer on guitar) there are plenty of reasons to look past the production towards the mirror-wall bar. Order a martini as you slide onto a stool. Let Rosie’s languid delivery and urbane songs lubricate your socks off. And other things too if you are very lucky. 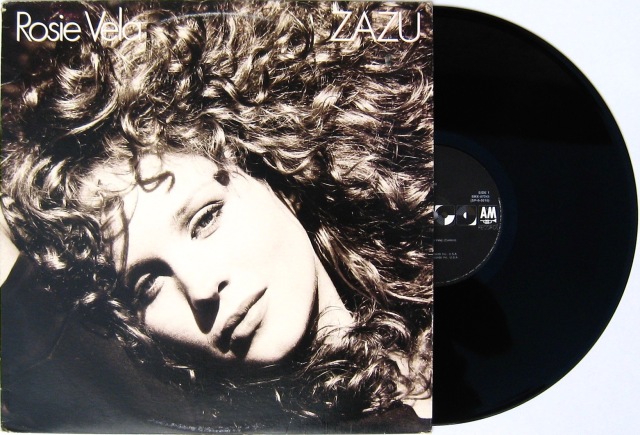 Two editions in, and the Decade Project is already paying fab dividends. Well, for me, anyway.

The first Moody Blues album, released in July 1965, has been sitting in the shelves, unloved and rarely played, for over thirty years. Until I chose it as the ’66 album for this post*.

The band was young, fresh, and exploring the rich R&B territory occupied by the Spencer Davis Group and Manfred Mann. In Denny Laine they had a lead vocalist of considerable style whose heartfelt delivery more than compensated for a lightness of vocal timbre. Perhaps that is why this prototype Moodies band did not really cut it against Manfred Mann’s magnificent Paul Jones or the mercurial Stevie Winwood of Spencer Davis. Still, they produced an album that is seldom mentioned in pop annals other than as the first notable appearance of Laine, who found fame and fortune as a key Paul McCartney sideman in Wings. The Magnificent Moodies offers a vibrant set of standards and originals (written by Laine and Mike Pinder) that, despite tinny production (it was the time of the tiny transistor radio), sounds just great. Bassist Clint Warwick, Ray Thomas and Graeme Edge completed the personnel for this debut. After Laine and Warwick left in 1966 they were replaced by John Lodge and Justin Hayward and the classic Moodies line-up was born.

Not all of it works, of course. The cutesy ‘I’ve got a dream’ would have better suited a girl-group than a mod R&B band, and ‘It ain’t necessarily so’ does not work convincingly as a pop song, yet there is much more here than the hit single ‘Go now’.

* Did you pick up the temporal inconsistency there? I wrote this segment, went to the net to double-check a few facts and discovered to my dismay that The Magnificent Moodies was released in 1965. A mistake in the Vinyl Connection Catalogue! Damnation! But why let an error on the part of The Moody Blues —being a year ahead of their time, that is— upset the flow. Post complaints to the usual address.

Have to say, I am enjoying delving into the VC collection in this way. Hope there’s some entertainment for others too.