It’s not all vinyl! vinyl! vinyl! here at Vinyl Connection^. Half a lifetime of collecting Compact Discs has resulted in a well entrenched habit, meaning a steady trickle of the little silver coasters has entered VC Headquarter over the past twelve months. Here is a selection.

Arising directly from Bill Bruford’s entertaining and thoughtful autobiography (Jawbone Press, 2009) was the purchase of Absent Lovers, Montreal 1984, a double CD recorded live at the end of the 1981—1984 version of King Crimson. It’s a corker, drawing material from the trio of early 80s albums, Discipline (1981), Beat (1982) and Three of a Perfect Pair (1984). More direct and song-focussed than the mid-70s albums, there is nevertheless instrumental playing of startling virtuosity and power, not least from Mr Bruford. Highly recommended for KC fans and drummers.

Not long after I posted 10 SPACEY ALBUM COVERS I was browsing in a highbrow music shop in downtown Melbourne when I came across a famous 1963 ‘space-age jazz’ album by Dick Hyman (titter ye not; he scored many Woody Allen films and was responsible for the mightily successful soundtrack to The Sting, as well as being a jazz pianist and composer). To my delight, the re-issue also contained the entire electronic album, MOOG: The Electric Eclectics of Dick Hyman from 1969. Although very different, both albums are terrifically entertaining; one beautifully delivered cocktail jazz vocals (Mary Mayo), the other experimental (yet accessible) electronics.

When I first read about a lavish three album vinyl set claiming to be an “Antipodean Cosmic Space Music Odyssey from 1966 to the Present” I was excited. Rather predictably entitled The Wizards of Oz, this extravaganza of psychedelic wonderfulness was “Compiled and Mixed by The Amorphous Androgynous”. That gave me pause for thought. I dragged out a similar compilation the duo had done for MOJO: The Music Magazine a couple of years back and gave it another listen. The tracks were interesting and diverse, but I remained unconvinced by The AA, not being quite able to extinguish the idea they were a pair of clever posers rather than true carriers of the space/psych flame. So finding the 2CD set of The Wizards of Oz for $15AU—about sixty bucks cheaper than the vinyl—provided a much less expensive way to test the theory. Like the MOJO comp, the tracks/artists were varied and generally interesting but their re-mixes and messing about with the music left me unmoved. There are Aussie compilations (and albums) fans of this style should seek out, but this isn’t one of them. 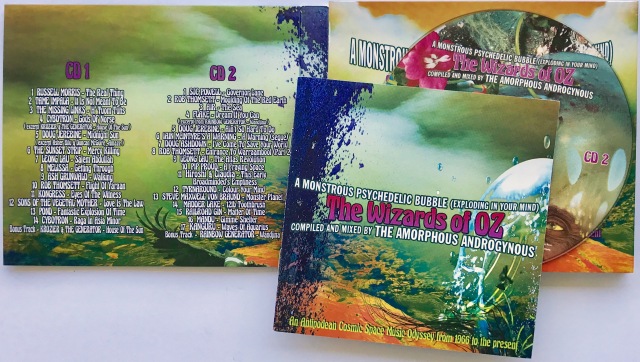 I’ve never really given Buffalo Springfield the time they deserve as one of the seminal sixties bands. The outfit included Neil Young, Stephen Stills and Richie Furay, wrote their own varied material over an intense two-year period, then broke up acrimoniously. Though less well-known than The Byrds, Buffalo Springfield deserve their place in US/Canadian rock history and this 4CD boxed set does the job.

The booklet is well written and includes some fascinating information, such as a complete gig list from April 1966 until the end of the Beach Boys tour in May 1968. The first two albums are present in their entirety and there are a host of bonus cuts. Good value if you come across it at the right price.

Do you remember the early years of CD box sets? They designed big 12” boxes that held four compact discs but slotted in neatly with your vinyl records. Bloody annoying really, but possibly less so than the mid-sized boxes and folding pamphlet jobbies that followed. Anyway, on a whim I bought this 4CD collection of Michael Nyman’s music for Peter Greenaway’s films.

Now Mr Greenaway makes very strange films and Mr Nyman is a very serious composer/academic, so there are not many chuckles in this set. But it’s rather nice, don’t you think? And very enjoyable if you can get into minimalist-driven, classically influenced, Phillip Glass-styled orchestral compositions. 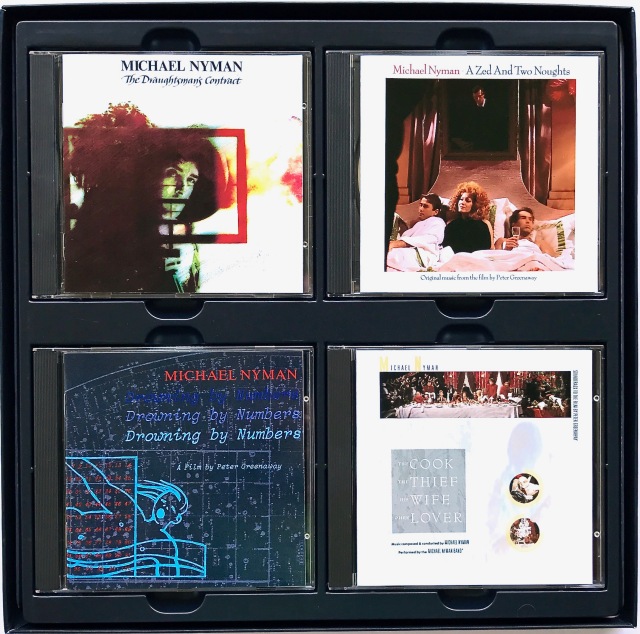 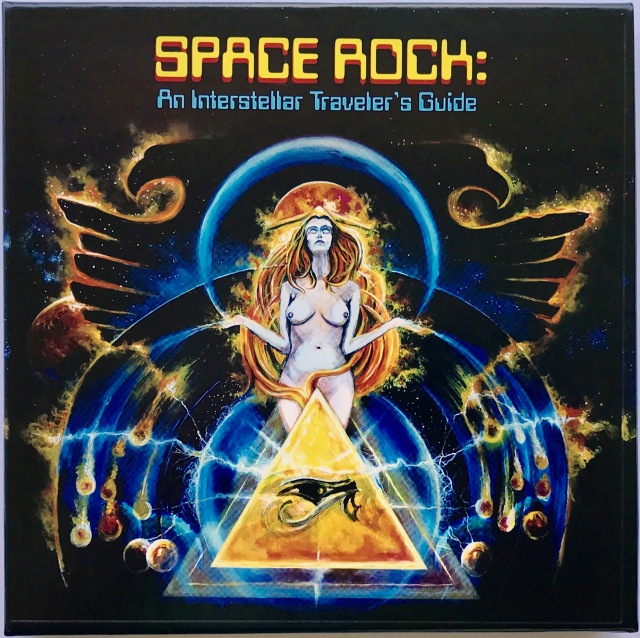 This recent release ticks all the wrong boxes: CD not vinyl, yet another compilation, probably too much of a good thing, odd-shaped package impossible to file… yet Space Rock: An Interstellar Traveler’s Guide is my CD of the year. It was a tricky decision whether to spring for a 6 disc collection where I have a goodly smattering of the material already (well, the artists, if not the particular track). But I did and it is good. Very good. Even with albums I own (Can, Faust, Ozric Tentacles, Brainticket, for example), when a piece is heard in a different context, ears are newly tingled. 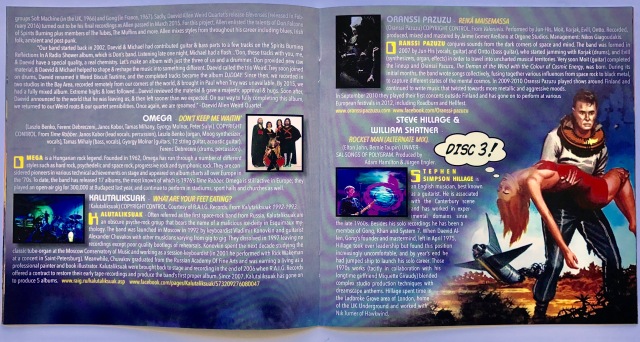 As for the new material, of course I don’t love all of it, but there is plenty to intrigue and even excite. Øresund Space Collective, Secret Saucer, Melting Euphoria… The music surges and soars, pounds and pulsates, whispers and whooshes. Wonderful! When you add in a detailed, well written booklet littered with lovely retro art work, you’ve got yourself an outstanding package. Highly recommended for those who truly believe that space is deep.

^  Not all vinyl, sure, but about 80% of new acquisitions and half-and-half overall.