December 28, 2017 · by Vinyl Connection · in A PERSONAL APPROACH, ACROSS THE DECADES, Vinyl Hunter Gatherer Tales · 30 Comments

On vacation you often have to settle for charity shops for your crate-digging fix. Sometimes you’ll be lucky and the local Sunday market coincides with your time in a sea-side town, but not necessarily. Even if it does, chances are the solitary box of records contains a bunch of trashed vinyl, a few battered CDs and a handful of uninteresting 45s. Like craving something to read and finding only a dog-eared Stephen King and a few Mills and Boon romances. Though on this holiday I did pick up the complete Jane Austen in one brick-sized paperback for two dollars. Didn’t need it but simply had to take it home. Would have been disrespectful not to.

Charity shops are lean pickings these days as well. The so-called vinyl revival has sprouted new record traders like drug dealers at a three-day festival. Thrift shops are so well monitored that you rarely find anything but the endless crooner dross. Still, one lives in hope. 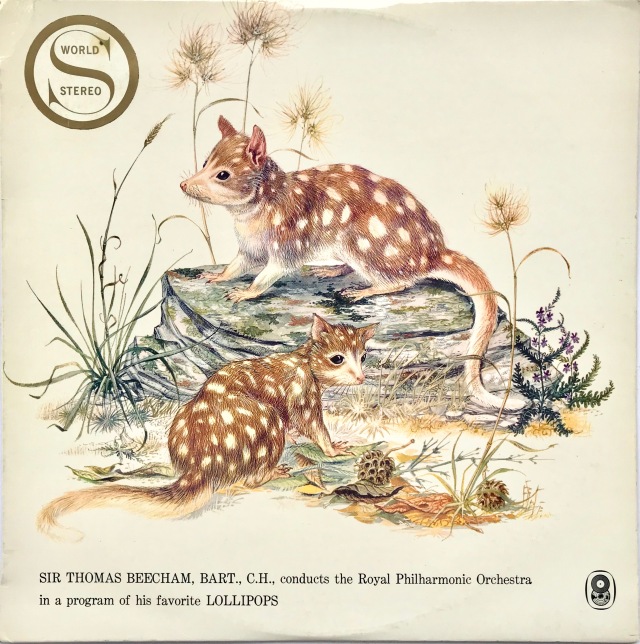 Collected a few Australian World Record Club LPs from an Op Shop in Apollo Bay. For the cover art, of course. This raises a vexed question. Do I enter these (mostly ‘Classical’ albums) into the spreadsheet, even though I have no intention of listening to them, or simply shelve them with their fellow member’s only records, awaiting a cover-art post at Vinyl Connection? The rule-maker in me is clear: no listen, no list. They’re not a proper part of the collection if only acquired for the cover. But then, how to remember if I already have a particular title? It’s almost impossible with the albums I do listen to (twice) before filing; without reference to the phone-file I have re-purchased albums more times than I care to admit. As this is a much too knotty topic to sort out in holiday mode, it gets shelved. Like the WRC LPs.

Back home, did snag one notable record from a local charity shop. If my research is correct, it is probably the most valuable bit of vinyl in the entire collection and I paid $2.25. Legend says there were only 500 pressed, and the last copy on the market (a few years ago) went for one thousand three hundred dollars. Such arithmetic does my brain in, so that record got shelved too.

The northern hemisphere winter was not kind to musicians. Amongst the fallen were the bass player of Mott The Hoople, Pete Overend Watts, Maggie Roche of sister-group The Roches and two others whose impact on your correspondent was significant indeed.

First was drummer Jaki Liebezeit who, in addition to having possibly the best surname ever, powered Krautrock legends Can through their entire career. Next went singer, songwriter and bass player John Wetton. The trio of albums he made as part of King Crimson are the strongest sequence of any in their career. I did not play the entire Road to Red box in his honour, but a couple of the concerts were re-run. Brilliant.

The acquisition tally for the first month of the year was 17 LPs and 3 CDs. Kind of a warm-up jog, really. Highlights were finally getting a copy of King Crimson’s Islands in vinyl—I’d never owned it on the black stuff—and an odd but interesting 4CD Hendrix set called West Coast Seattle Boy (which counts as one item, of course). There were also some twentieth century composer albums that I enjoyed, but soon forgot.