Having enjoyed a couple of recent posts where fellow music nuts share the, er, nuts they have gathered, I thought I’d join the party.

Don’t know how it is in your neighbourhood, but in these parts the price of second-hand records has become so absurd that it is often better value buying new re-issues. Seems crazy, but there you are. In contrast, charity shops (Op Shops, Thrift Stores, depending on your jurisdiction) are often receiving boxes of CDs as people surrender the physical object in favour of 1s and 0s in the cloud. Fools. But good for those willing to dig amongst the dross.

So here are some of the arrivals in Vinyl Connection land. I confess to having chosen some pretties for you. 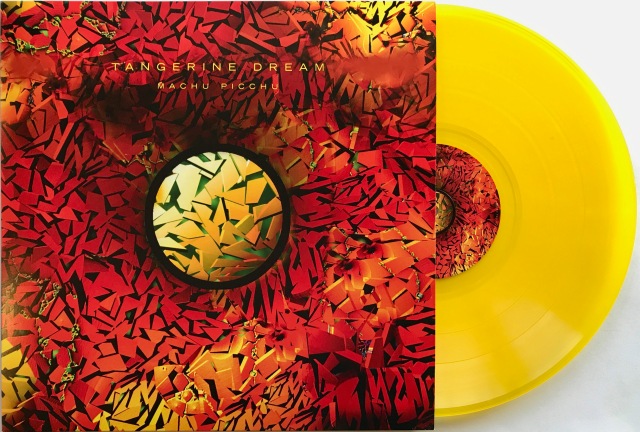 Although not ‘core curriculum’ for Tangerine Dream fans, this pleasant album was bought as a kind of homage. Edgar Froese composed the music as a tribute to John Peel after the legendary broadcaster’s sudden death at the title location in 2004. It was first released on CD in 2012 and made its vinyl debut four years after Froese’s own passing.

Mr Radiohead dabbles in soundtrack work, with pleasing (if patchy) results. Given the exalted status of the original film soundtrack by Italian band Goblin, both the filmmakers and the composer were on a bit of a hiding to nothing. So far, I’ve enjoyed the object more than the music, but I’m hoping it will grow on me.

The Gods were a short-lived late 60s psychedelic band who are remembered more for being a precursor to Uriah Heep than for their own music. However, having had a cheap CD re-issue for a while, I can report that it’s an accomplished and enjoyable piece of sixties psych with some keyboard flourishes from Ken Hensley to add interest for prog fans. And check out that vinyl! 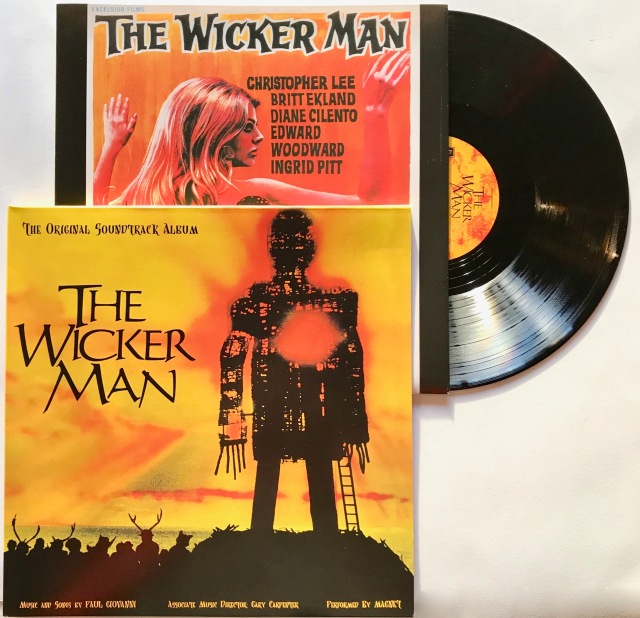 Although there has been a previous CD of the music from The Wicker Man, this MoV version will, I think, become the definitive release. With excellent notes and details about the making of both the film and its music, it will thrill fans of the cult film (such as your correspondent). It is mostly newly composed folk music. Oh, and if you want to know what Rod Stewart, Peter Sellers, Lou Adler and others saw in Britt Ekland, the film will provide ample evidence. 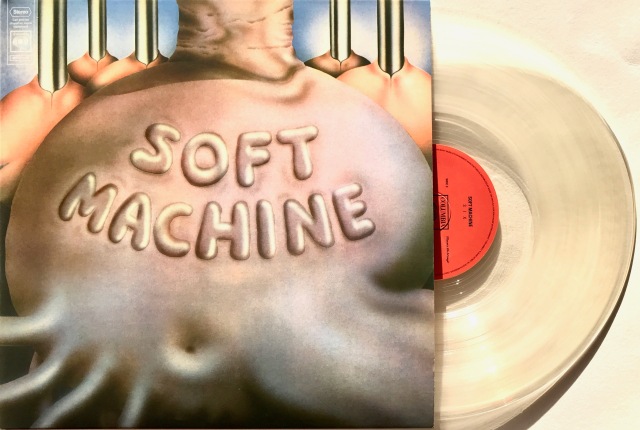 You know how sometimes when you’re in the buying groove, so to speak, extra records seem to attach themselves to you in a way that is really quite mysterious? It is a kind of gravitational magnetism only barely recognised by physicists, but vinyl hounds know it well. Now I love Soft Machine. Over the years the first two albums have revealed so much invention and fizz while Third is simply a monster. This is probably not the place to start for the curious, but gee, that transparent vinyl…

When I was a post-grad student I had a Chagall print on my wall. That was because I really liked his paintings but couldn’t afford an original, not being a millionaire and so on.

Now I have a re-issue of the first Juicy Lucy album because I cannot afford a Vertigo original, not being a millionaire and so on.

I like Chagall more than Juicy Lucy, so when I become a multi-millionaire, I’ll probably start with Marc. Though the idea of collecting Vertigo swirl LPs is very enticing.

With Ms Lucy (I’ve spared you her, um, southern hemisphere), we begin a downward spiral in taste and decorum that would deeply disappoint M. Chagall.

First time I’ve owned this on vinyl, and what vinyl! Mottled orange to match the handwriting, numbered edition; who could resist? Such a brilliant record. Though there’s one thing I’ve never understood: why ‘panties’ with two explanation marks? And are they ‘new’ as well? Is the title a fashion statement or a boast? Who knows; it’s a terrific photo.

Another one where you’d need to re-mortgage to afford an original (which was on Frank Zappa’s Straight label). Haven’t listened to this yet, but really looking forward to it. Pretties For You pre-dates Vincent Furnier’s theatrical hard rock and is basically a bit of tail-end US psychedelia. The cover painting is by Edward Beardsley, an American artist and Fine Arts professor whose main claim to fame was this work. It once adorned the Zappa’s lounge-room wall, according to Frank’s widow Gail.

If you find the front cover a bit alarming, check out the portrait on the back. Could the name ‘Straight Records’ have been ironic, at all?

When I worked in the record shop, I was entranced by the debut album by singer-songwriter cum folkie Steve Forbert. It was called Alive on Arrival and I really loved it. But prog, jazz, electronica and other wanky music pushed out singer-songwriters and Steve and I drifted apart. Yet when I came across a cache of his discs in a local charity shop, I grabbed a couple for old times sake. And enjoyed them enough that I returned to snag the rest. It’s fascinating to hear music from the same vocal chords forty (tough) years later. There’s a post in here somewhere.

Come on, vinyl-heads. Share your thoughts, responses and stories of vinyl love.

[Note: The answers to the 70s Album Cover Quiz are now up in the Comments of the post]