Rolling out of the speakers like sullen thunder, the second Black Sabbath album—also their second in 1970—provides both prototype and benchmark for heavy rock. Part of the wonder and richness of this LP is the contrast. After the opening fusillade of “War Pigs” and “Paranoid” we have the delicate, stoned beauty of “Planet Caravan” with Bill Ward substituting bongos for his drum kit. Then, grinding your bones to bloody mulch, is “Iron Man”, one of Tommy Iommi’s greatest riffs; so good Ozzy Osbourne simply sings in unison with the power chords before the beast lumbers into a trot and unleashes a scorching guitar solo for the finale. And that’s side one. 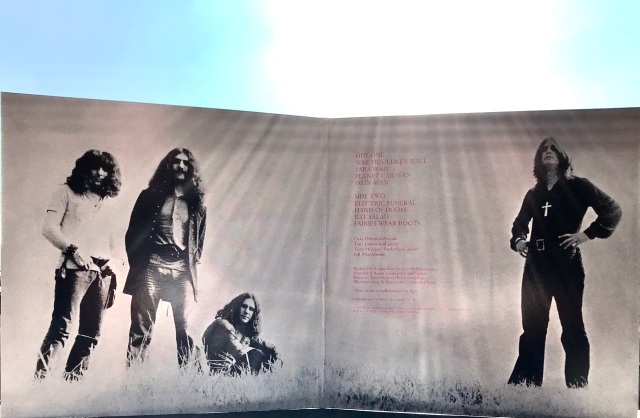 I imagine there is some love (or at least respect) for this one. Stories welcome.

More on Paranoid in an earlier post entitled Cimmerian Classic