As a warm-up to a possible resumption of play in the 72 FROM ’72 countdown, here is a summary of the posts and albums so far.

GREEN AND SUBMARINE kicked things off in mid-January. Summer Downunder is a time for thinking about beaches and oceans and spinning one of my favourite film soundtracks ever. It didn’t get a ranking here, but caught a wave a little later in the day.

The Countdown proper began on 21st January with a feature image of the Raspberries, but none of their albums. Instead we had a trio covering three distinct genres; American roots driven songs, German symphonic prog, and a deliciously funky jazz album. (View the post here)

Perhaps demonstrating some ambivalence about another epic countdown, the next post was a tongue-in-cheek homage to bad album covers, entitled…

At the end of January a quartet of albums featured, two of which were live recordings. (Post here)

68  STEVE MILLER — RECALL THE BEGINNING… A JOURNEY FROM EDEN

The full house of 5th February featured two LPs from Australia as well as one each from Germany, Italy, and the UK. The Buffalo brought memories of my earliest days of exploring rock music and a pleasing reminder that heavy is still heavy. (View the post here)

1972 COUNTDOWN… #60—#56 was certainly a variety pack, covering a classic live heavy rock album, a funky sex-driven sweatshop and some German fusion. And more.

As part of an entirely American batch, the Raspberries finally appear. So does a school desk, though without underwear. (Post here)

A slight hiatus saw the countdown resuming in mid-March with some UK folk-rock, soul, jazz-funk from Miles and a bit o’ prog. (Post here)

48  THE TEMPTATIONS — ALL DIRECTIONS 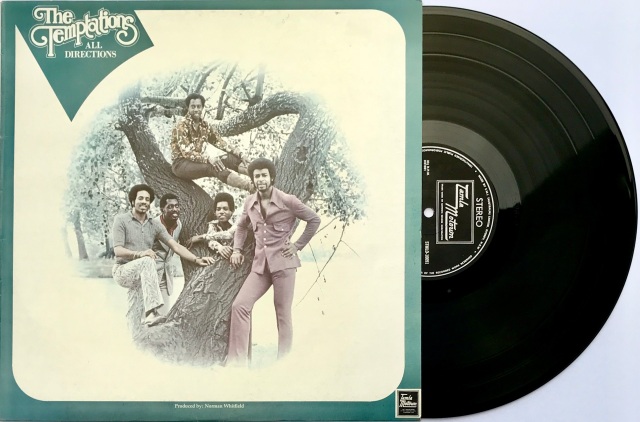 As we strolled towards the Vinyl Connection Top 40 from 1972, I suffered a crisis of confidence. Was the relentless eclecticism of the list was confusing? Perhaps blogs are becoming more like Instagram, where the most appreciated posts simply show albums already familiar to viewers. I found space for a couple of groupings that didn’t make the final cut, then turned away from the spreadsheet.

1972 COUNTDOWN… FESTIVALS! is pretty much what it says on the ticket: the first Glastonbury, a trip to Puerto Rico and a classic Aussie piss up.

Which points us toward the half-way point of 72 FROM ’72.