Summer at Vinyl Connection often means a beach holiday, preferably with some walking options nearby to satisfy the more active half of the VC partnership. This year we have just returned from ten days in Gippsland, a coastal region two hours south-east of Melbourne.

When the weather does not shout ‘Beach!’, we visit various towns and points of interest, with your correspondent always on the look-out for Op Shops, markets or other potential sources of vinyl records. Veteran readers have been here before.

This year the weather has been what meteorologists call ‘crap’. Dull days with low cloud and gale force winds. Walks along the beach involved donning sunglasses not to screen the blazing sun, but to deflect jet-propelled sand blasting into your face like microscopic machine gun bullets. Car tours of the district were the way to go.

Friends said that the small town of Toora was cute and had a few interesting antiquey second-handy Op Shoppe type stores. Good enough for me. Anywhere there is the chance of a crate or two of records means there is the chance of a find. Note italics. A FIND. Note capital letters. We vinyl hunter-gatherers trawl endless dusty musty dimly lit wooden-floored emporia in hope of that rarest of highs: the discovery of an ultra-rare LP in astoundingly good condition inexplicably overlooked by countless other trawlers who’ve leafed through those same boxes. And it’ll be dirt cheap too.

So off we went to Toora, singing merrily. Actually, not so merrily. There was still some thawing to do after I’d rashly, in a moment of (probably) unnecessary alarm, criticised Ms Connection’s choice of road for practicing her over-taking technique. So in the hope that a rack or two of interesting vintage clothing would assist in global warming we headed on down the highway, teeth ever-so-slightly clenched.

Alas, Toora was closed. Pretty much the entire town appeared to be on holiday; I could only count three open doors out of some eighteen shops. It’s mid-summer and the peak of the holiday season; why would you bother opening? Guess they don’t like Mondays.

The next day we went to Leongatha on the pretext of viewing Penguins of Madagascar* with the boy. My subtext was a tour of the town’s three Op Shops. The first – and from all reports the most promising – was closed on Mondays and Tuesdays.

Second stop was the Salvos store. Quite a few LPs for $1 each but entirely Western Art music (‘Classical’ if you will). Though tempted by a pair of World Record Club releases of English composer Arnold Bax I resisted, springing only for an album of TS Eliot reading his own works.

I wonder if anyone ever borrowed it from Korumburra High School Library? It looked in excellent condition for a fifty year old record; better than its new owner, that’s for sure. Anyway, it will add significantly more than a dollar’s worth of cultural gravitas and elitist pretension to the Vinyl Connection collection. ‘You don’t know “The Love Song of J. Alfred Prufrock”? Let me spin you a few stanzas!’

At the last Leongatha shop (‘Vinnies’, nee St Vincent de Paul) I was momentarily excited by finding an uncommon LP by jazz vibraphone player Gary Burton. But the poor condition and excessive price tag put me off. I wondered whether colleagues in other jurisdictions are noticing an inexorable rise in the price of charity shop records, simultaneously demonstrating a total lack of music knowledge and a desperation to cash in. It would evoke a wry laugh if I wasn’t so busy scowling.

On the way back to Sandy Point we stopped at Meeniyan as I’d spotted a ‘Community Store’ (Non-religious charity shop) and a promising Antique/Bric-a-brac café/shop that had ‘music’ emblazoned on its window. Both were shut. This despite the antiquey one having a sign on the door saying ‘Friday – Tuesday, 9 – 5 pm and it only being 4:15 on Tuesday. Phooey. 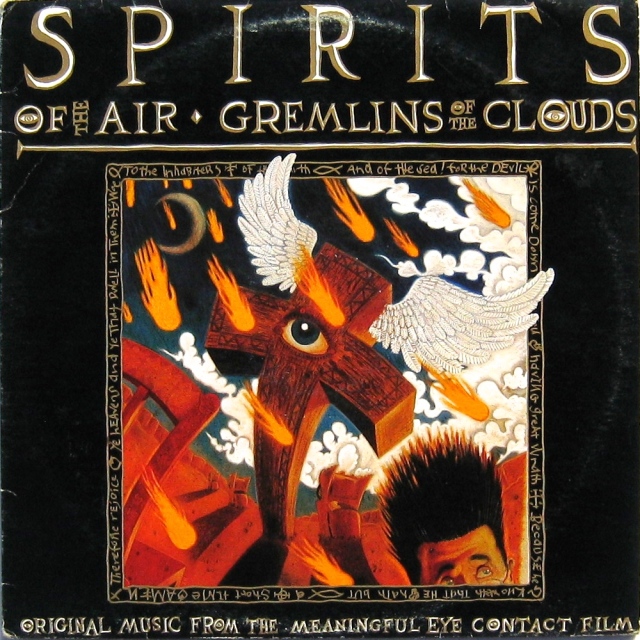 So, adding in an obscure 80s Aussie soundtrack I bought at the Kongwak Market last Sunday, that’s a total of two discs purchased the entire holiday. Scarcely a record for record acquisitions. Might it indicate a new era of restraint and discernment at Vinyl Connection? Perhaps, if not for the overflowing crate of LPs I was offered a few days previously.

Yes, not only did my old friend invite us to spend a pleasant few days with him and his family in their coastal holiday house, he even offered me a stack of LPs to boot. ‘Take all you want,’ he said, ‘The rest are going to our stall-holder friend at the Kongwak Market’. He even gave me a couple of vintage record racks to put them in. (Though I think ‘returned’ might actually be the appropriate word here.) 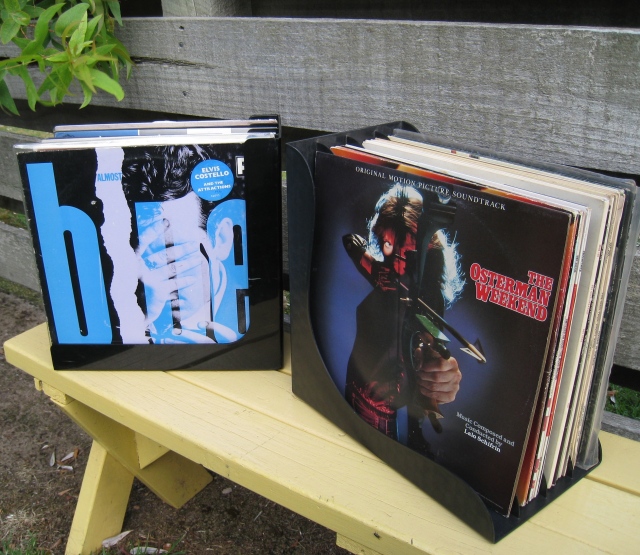 Now a lot of the records were from his elderly Mum’s place and a few more belonged to his sister the nun (The Pope’s Greatest Hits may have been the title of one) so we’re not talking original EMI Sex Pistols here. Nevertheless, it is a treat to leaf through a stack of records and pull out anything and everything you think may be of interest.

I quickly realised that some variations on my usual record browsing traits would be prudent if I valued the friendship (which I do) and the hospitality (which was warm and generous). A tendency to snort derisively, for instance, on encountering a particularly naff title would not enhance the social cohesion of this gathering of partners and children. Not that my mate would mind; he’d chortle. But still, it was a family affair and as a parent, one should strive to be a role model.

The question of record condition presented further delicate decisions. For a collector some might describe as obsessive (I prefer fastidious) who has regularly rejected interesting and even desired LPs due to a single blemish, a hazy scuff or more than two feathery scratches, it was something of a cool splash of water to the fevered hunter–gatherer brow to realise that I could not examine these gifted records at all. Think about it. You seize the copy of Bob Marley Live with an understated ‘Yes!’, slide it out of the sleeve… your countenance falls and an involuntary expression of disappointment slips out, ‘Oh. Shame about the condition. Might pass on this.’ I am relieved to report that I saw this particular pit of gracelessness yawning before me and realised that I just had to shut the fuck up and check the records later.

Let it be known that I did confirm with my mate that it would be OK if some of the titles I grabbed subsequently ended up at a local Op Shop. Of course he was fine with that – he’s an extremely affable chap – but I’m glad I checked.

So despite the rubbish weather and the tendency for everything to be closed, it was not such a lean time in Gippsland. And the gift-crate from my mate contained one gem that I was absolutely delighted to add to the collection. If I hadn’t dribbled on so long I’d write about it right now, but it will have to wait for another time. 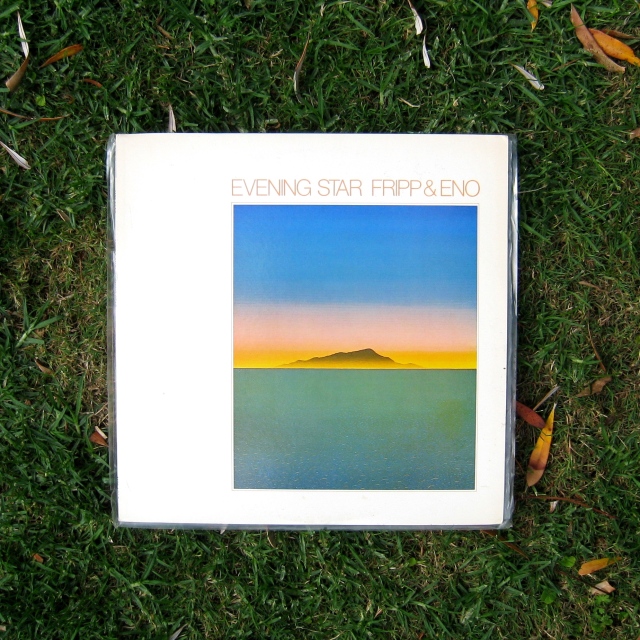 * While the titular penguins – Skipper, Kowolski, Rico and Private – remain entertaining, the film is pretty ordinary (silly unconvincing plot), despite boasting the voices of John Malkovich and the ubiquitous Benedict Cumberbatch.

← DON’T STOP ‘TIL YOU GET ENOUGH
INCOMING! →