Vinyl Connection’s countdown of 1970 favourites resumes after a home-organising hiatus. Welcome back folks!

The throaty growl of Sheffield born Joe Cocker gave a fresh twist to his rock ’n’ soul stylings, as evidenced by his iconic set at Woodstock. Cocker’s skill was taking songs and making them his own, never more clearly illustrated than in his tearing rendition of the Beatles “She came in through the bathroom window”. Musical director to Joe for the ridiculously-short-notice tour of the US that produced this double LP was Leon Russell, who put together the band and oversaw the whole circus (for such it was). Whatever the tensions and subsequent finger-pointing, this is a rip-snorting live album that reaches out and grabs you by the lapels, pumping you with rough-edged energy.

Need a psychedelic, progressive, stoner folk-rock album from 1970? Then you want High Tide’s second release. A power trio with Simon House (later of Hawkwind) adding violin, this is heavy and light, drifting and surging, mesmerising and occasionally monotonous. The best bits—duelling guitar and violin, eastern touches, folk inspirations marinated in heavy rhythms—make it a great album to explore if you are a fan of heavy prog of the early 70s. My friend Michael refers (in his progarchives review) to the LP’s ‘delicious acid-fried toughness’, which is spot on. It’s a bit like being rolled around by a heavy swell; powerful and a bit dangerous. Meanwhile, if early proto-metal is more your bag, seek out the 1969 High Tide debut, Sea Shanties. 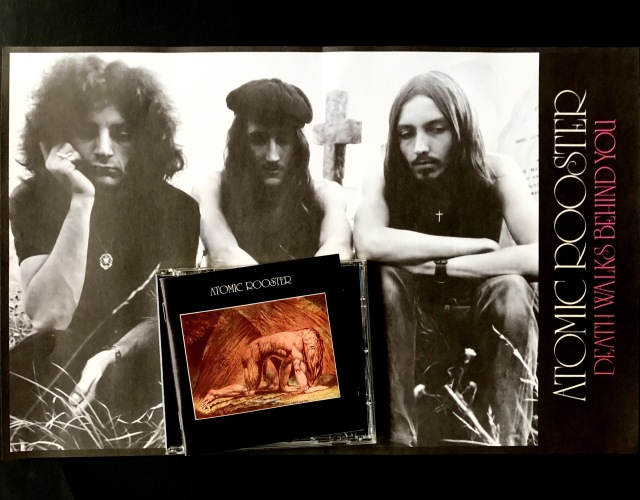 28  ATOMIC ROOSTER — Death Walks Behind You

Being the first LP Vinyl Connection bought with his own money, the second Atomic Rooster album was always going to hold a special place on this list. Having written about it here and then, a week later, here, I won’t bang on yet again. Suffice to say, if you are on-board with keyboard driven heavy prog, you’ll love it, if not the expression on the face of William Blake’s Nebuchadnezzar will say it all.

27  TREES — The Garden of Jane Delawney

English folk-rock outfit Trees produced two albums, both of them in 1970. This is the second, which for me shows just a little more assurance and adventure than the debut. The ‘rock’ part of the genre label is certainly present, with some wonderful guitar solos. One for fans of electric Fairport Convention or wanting a less refined Pentangle. 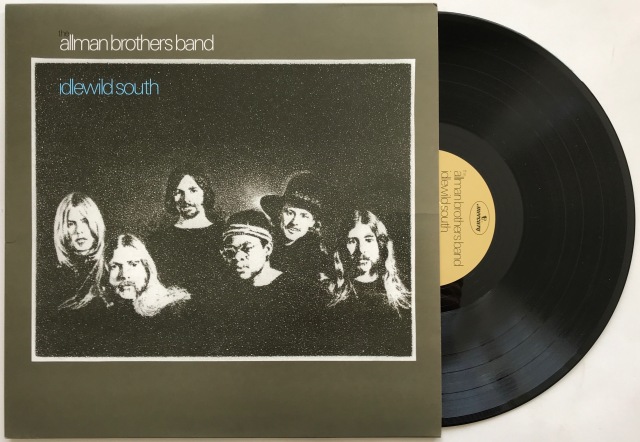 The Allman’s second LP is a ripper, as described in some detail in Vinyl Connection’s return-from-sabbatical post, Idle A While. 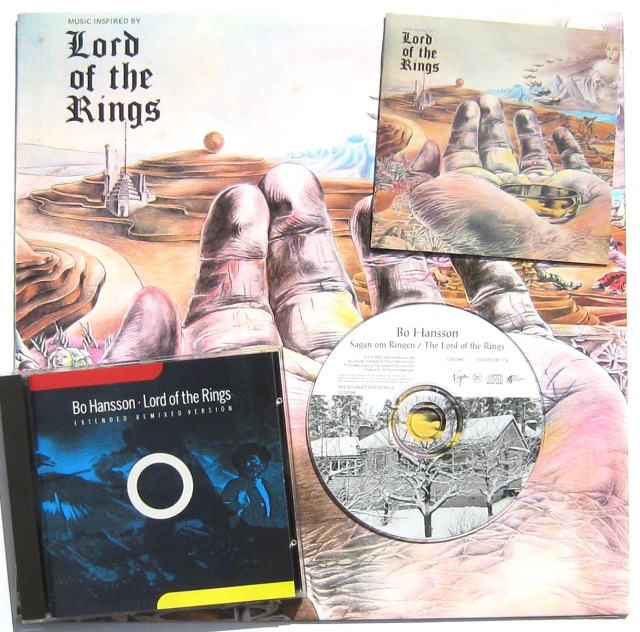 There is timeless magic in the Swedish keyboard player’s debut. Much of the music is relatively simple… other-worldly keyboard melodies presented sparsely yet hypnotically. Long-time blog friends will know that I have loved the album since my early twenties. It featured in a prolonged LotR inspired series, where the salient post is this one.

Mind-bending psychedelic fireworks from one of Krautrock’s formative bands. The trio are considered one of the progenitors of space rock (whatever that is). What I love is the raw energy of their glorious rambling. With tracks such as “Stone In” and “Der LSD-Marsch” maybe they are exploring inner space—and a disordered one at that—but then, the title-track suggests something else. As does the text inside the gatefold: “Soon the Ufos will land and mankind will meet much stronger brains and habits. Lets get ready for that (sic).”  Yes, let’s.

Untamed yet considered, in the studio and sweating with attitude, the second album by Detroit’s MC5 is miles away from their full-throttle live debut yet also the perfect partner. Call it high-octane garage or ur-punk, you can absolutely imagine the young Ramones infuriating their parents by playing this LP at max vol. Back In The USA traverses the world of sex drugs and rock ’n’ roll in twenty-eight minutes flat, opening with a blast of Little Richard, pitching in a rather pleasant ballad and smashing out some social comment with “Human Being Lawnmower” before accelerating out of sight with a Chuck Berry cover. If this LP had any bottom end at all, it would be in every rock fan’s collection. 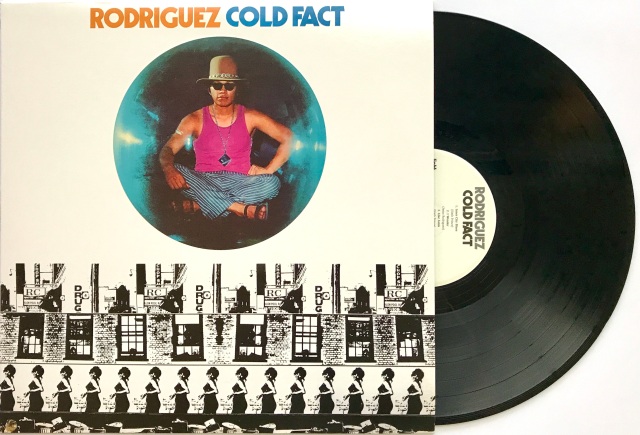 Touted as ‘the new Dylan’ in 1970 (which socially-minded singer-songwriter wasn’t?), Detroit born Sixto Rodriguez had a surprising but well-deserved second coming a few years back with the release of the documentary “Searching for Sugarman”. It was an interesting doco, despite frustrating Australian fans who knew him back then and never forgot. I remember hearing this LP in the suburban record shop where I worked back in the mid-70s. Although not a powerful singer, there’s a commitment and intensity about the songs and singing of Rodriguez that remains very engaging. His observations were sharp and angry and tinged with despair. Yet the album is not a downer despite lines like Garbage ain’t collected, women aren’t protected. The depression kicks in when you reflect on what hasn’t changed.

Prodigiously talented, the five members of Pentangle coalesced in the 60s UK folk revival and produced some of the genre’s most delightful and enduring music. Cruel Sister was their fourth LP and although it is quite reasonable to call it folk-rock, the traditional folk elements are quite pronounced here. Having said that, John Renbourn plays a little electric guitar (tastefully) while Bert Jansch sticks to his acoustic. We get vocals from Bert and Jacquie McShee and the pristine rhythm section of Danny Thompson and Terry Cox. There is even some sitar. The album has but five tracks, the centrepiece being the side-long “Jack Orion”, an epic giving everyone room to move and groove during its glorious seventeen minutes. A wonderful album that sounds fresh half a century on.

The previous 70 FROM ’70 instalments:

* The UK release of Mad Dogs And Englishmen had an impressive four-panel fold-out sleeve. Photos below for those sharing an LP cover design fetish. 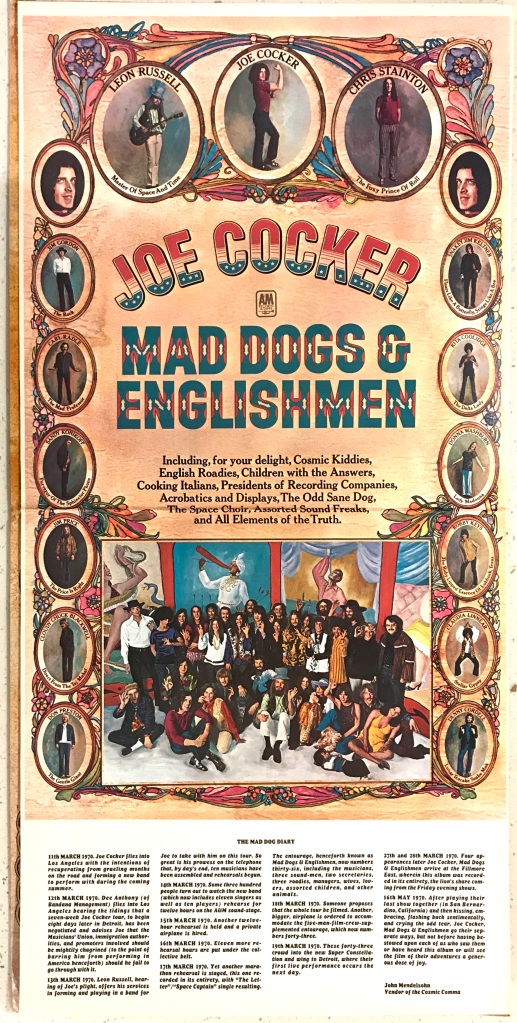