King Crimson, captained by the redoubtable Robert Fripp for well over half a century, have never been timid about re-jigging the rigging and giving the band’s back catalogue a lick of varnish. As time has passed, the offerings—aimed squarely at cashed-up Boomers—have become more lavish. But unlike some artists (or their estates… not looking at anyone in particular, Experience Hendrix), DGM give good boxed set. And there are lots of them, lavish, expansive, and not recommended for those of shallow financial draught.

From the moment of arrival at the DGM Live web site, you are greeted with a wry yet accurate statement of intent.

Readers may recall that The Road To Red featured in these pages some time back. That was a DGM box, one that traversed—as our intrepid metaphor crawls out of the sea onto land—an epic path, containing a skein of concert highways and byways from the 1974 Larks’ Tongues In Aspic tour that paved the way for Red. It was a huge collection of live recordings, and I worked my way through it over a period of many months. Yet despite interest in variations of setlist and performance energy levels, an inevitable tide of repetition dragged at the legs; I decided I would not spring for further Crimson releases that duplicated material already in the Vinyl Connection collection.

Hence I did not rush out and buy the 1969 box in November last year, despite revering the seminal KC album In The Court Of The Crimson King. I have the LP, scarred but much loved, a crappy-sounding late 1980s CD, the spruced up 40th anniversary re-issue CD with bonus studio material, the four volume Epitaph series featuring the Greg Lake era band in concert… it’s enough, right? Right.

So I bought the Sailors’ Tales  box instead.

There are many things elevating this extravagance to the status of Necessity. Firstly, it includes all three studio albums from the 1970—1972 period of King Crimson’s development: In The Wake Of Poseidon, Lizard, and Islands (which contains “Sailor’s Tale”, the track giving the box its name). It also includes a new and improved Earthbound, the legendary/notorious live LP from 1972. 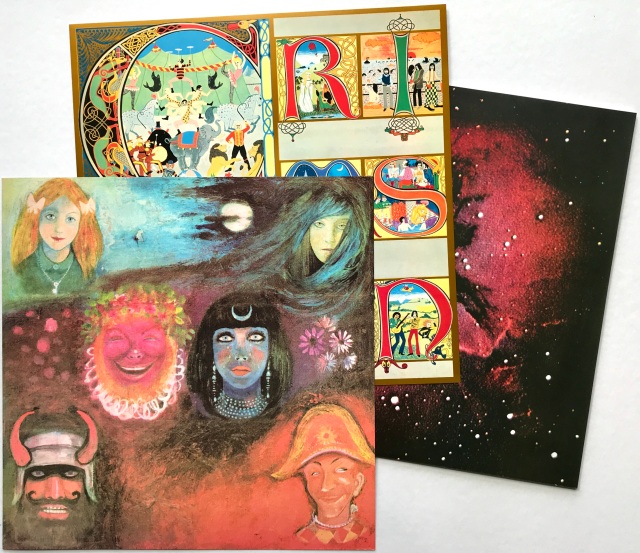 Including high quality card copies of the ‘Poseidon’ and ‘Lizard’ covers is a nice touch. The ‘Islands’ cover fronts the booklet.

Secondly, and more importantly, the box bountifully fills out the period before 1973’s Larks’ Tongues In Aspic. Not only are the three albums interesting, creative and at times downright exciting, but the band that was changing, stretching, discarding and developing during this period has never been properly documented before. With 21 CDs, 4 Blu-rays and 2 DVDs, I think we can consider the case now closed.

As the package only arrived today, I cannot say much about the unreleased concerts or rare material, but I can share with you in pictures what a beautiful job DGM has done with this seventh major KC boxed set. The only criticism I can muster is the absence of musician information on any of the CD sets (or indeed in the book). Still, as the ghastly fried chicken ad says, “Shut up and take my money”.

Presumably, after the box was planned, they found some extra material and decided to cram it in. Bless ’em. 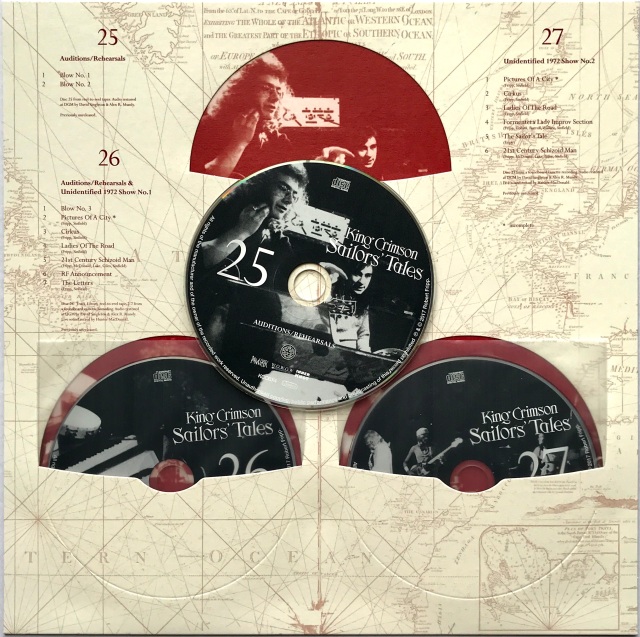 We also get a large format poster (double sided), flyers, advertising and other ephemera. 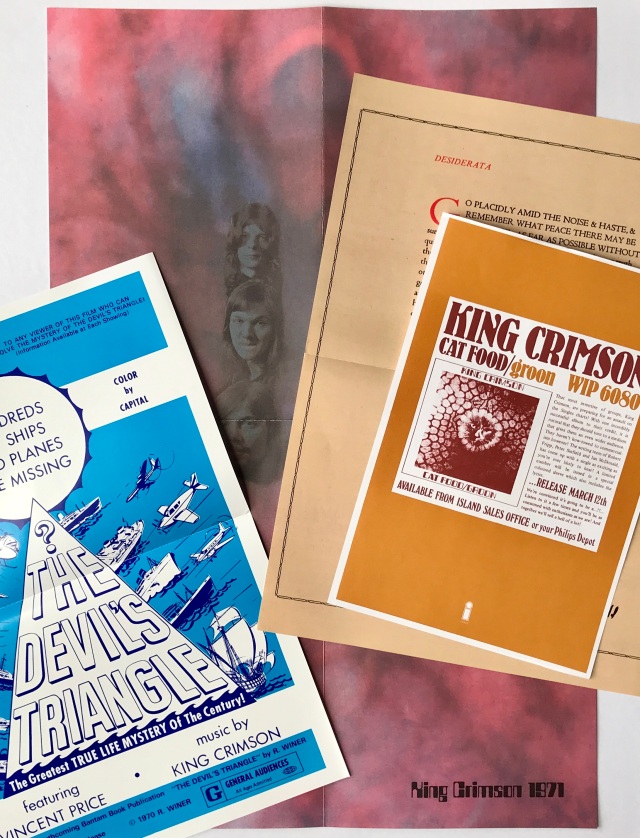 Then, when you think it is done, there is a little cardboard folder containing more replicas: ticket, backstage pass, an Atlantic Records set of three photos. Even a copy of a contract. Very much like the original package of delights included with the early editions of The Who’s Live At Leeds. It’s a lovingly curated treasure trove.

Yes, it’s expensive. Yes, it is excessive. Yes, the studio albums are all a normal person needs. 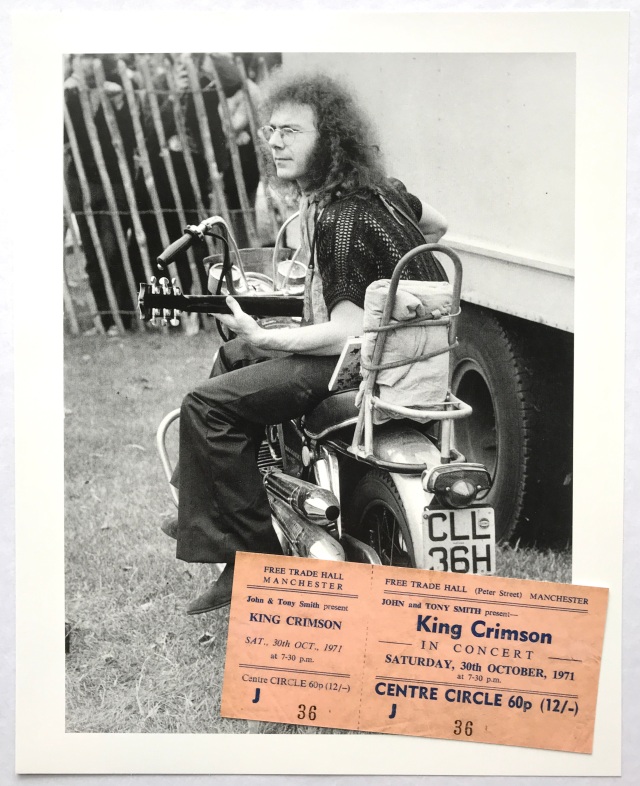